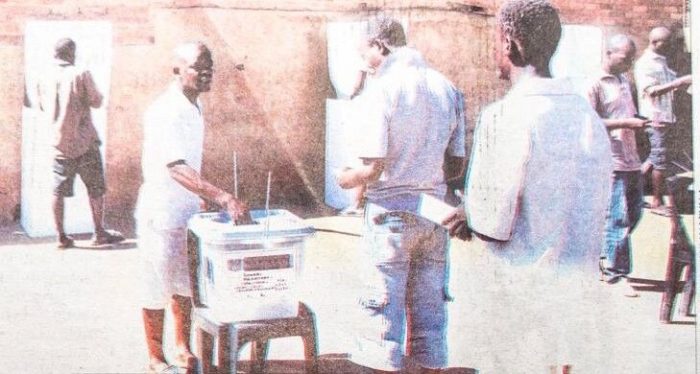 “Prisoners here in Malawi do vote,” said Augustine Suwedi Chidzanja, an election official in the Salima Central District, as an assistant observed that he didn’t see a deterrent that would keep Americans in prison from returning to prison upon release because “all their rights” have been taking away. (Photo: Kondwania Kamlyala)

With lines in some places that stretched as far as the eye could see – and after many voters walked several miles to participate – the process had some noting that the Western world, including the United States, could learn a lesson from Malawians in Democracy.

“After the election, life has to continue … we are brothers and sisters,” said Augustine Suwedi Chidzanja, an election official in the Salima Central District, which is about 90 minutes from Lilongwe.

In a meeting with National Newspaper Publishers Association President and CEO Dr. Benjamin F. Chavis, Jr., who headed an independent African American Election Observers Team, Chidzanja said he was surprised to learn that many Americans aren’t allowed to vote if they have a felony criminal record.

“Prisoners here in Malawi do vote,” he said, as an assistant observed that he didn’t see a deterrent that would keep Americans in prison from returning to prison upon release because “all their rights” have been taking away.

“We are living in Malawi and we think that the United States is the No. 1 Democracy, but what [I now understand] leaves a lot to be desired,” said Chidzanja, who also noted that while America has a two-party system, Malawi has 51 political parties.

Mutharika, 78, voted in Thyolo; Chakwera, 64, voted in Malembo; and Chilima, 46, cast his ballot in Lilongwe.

Malawi operates a first past the post system, which means whoever comes out on top regardless of the percentage will be declared winner – in contrast, America’s Electoral College System allows for someone to win the presidency even if they lose the popular vote. 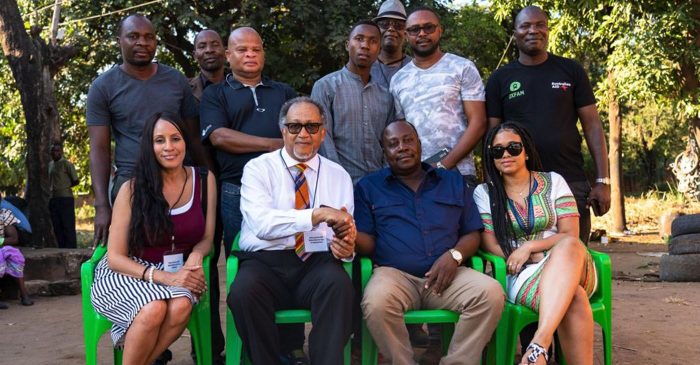 “It is pleasing to note that polling appears to be underway in all the areas where we have observers, meaning materials have been delivered and polling staff were ready,” said European Union Elections Observer Mission (EUOM) Chief Miroslav Poche.

The EUOM deployed more than 80 staff members at polling stations across the country.

It’s believed that the voter turnout may have exceeded 90 percent.

“We salute the people of Malawi for their historic voter turnout and exhibition of true Democracy for all of the people,” Chavis said.

“Multi-party elections don’t exist in the United States of America, yet here in the heart of Africa in Malawi and in other nations across the continent, there are, in fact, successful multi-party elections that provide a wide diversity of political opinions for all those who vote,” Chavis said.

The NNPA president and CEO also said it’s his intention to invite officials from Malawi to observe the 2020 elections in the United States.

“Maybe Americans can learn something from Africans about how to fully embrace and practice democracy for all without voter discrimination or suppression,” Chavis said.

Chidzanja indicated that he’d relish the opportunity to observe the U.S. election.