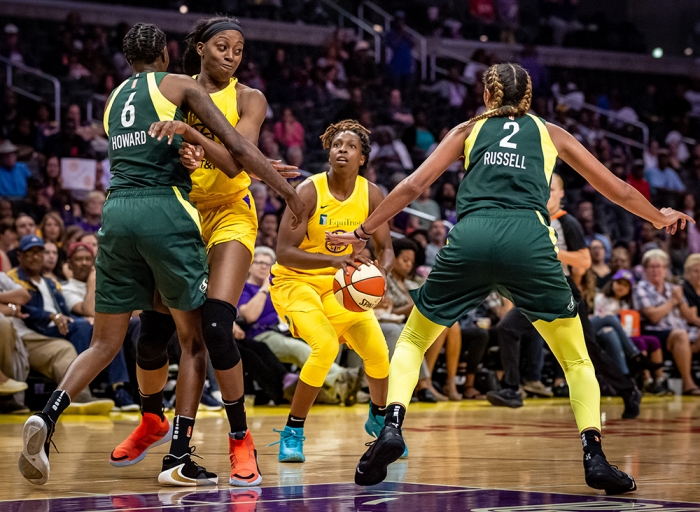 All the stars aligned for the Sparks on Thursday night. A full, healthy roster led to a sound defense which resulted in a 102-68 victory against the Seattle Storm. This win gave the Sparks the third seed in the WNBA Playoffs, their highest seeding since their back-to-back second seed bid in 2016 and 2017.

“Our homestand has been great and that’s what we need,” said Sparks guard Chelsea Gray. “We always have to protect out homecourt. We have to find ways to buys in and stay locked in on the road.”

The Sparks played a dominant defensive game, getting 10 steals and causing 15 turnovers. Early in the game, they pushed the pace and scored through driving shots and close-range baskets, ultimately scoring 74 points in the paint and 18 second chance points.

“We did a great job of keeping the ball where we wanted, but then also turning over stops into baskets,” Nneka said. “I think we kind of struggled with that at times, and so we’re about to move those over.”

The Storm countered with three-pointers, but their efforts behind the arc were short-lived. Seattle and Los Angeles tied three times in the first quarter and never again for the rest of the game. The Sparks went on a 10-4 run in the last three minutes of the first phase.

Offense slowed to a near halt for Seattle in the second quarter. Forward Natasha Howard attempted six shots, and none fell. The Storm started to close their gap, but went cold for two regulated minutes, allowing the Sparks to create another 10-point run. Gray earned assists off her no-look passes, ultimately leading all players with nine assists. 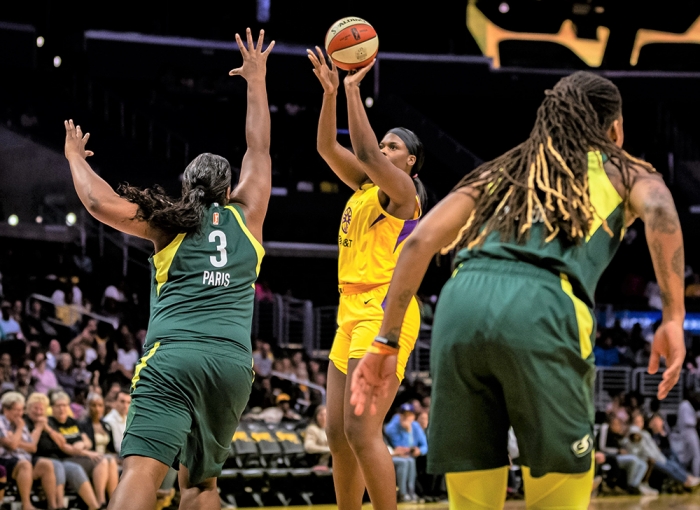 Defense remained at an all-time high through the third quarter. The Storm was not landing shots, they were 6-of-18 and 2-of-8 from behind the arc. Seattle could not control the Sparks darting shots, their deficit expanded.

Rookies Kalani Brown and Marina Mabrey came into the game in the fourth quarter, helping push the score into the triple digits. Brown made the shot over Seattle center Courtney Paris to edge the score to 101.

“She is a force in there,” Brown said about Paris. “I was just surprised that it even went in.”

The Sparks will end their season at home on Sunday when they battle the Minnesota Lynx and 2:00 P.M. Sparks head coach Derek Fisher is considering not to rest any players.

“It’s important for us to also have another opportunity to play a game with our full roster,” Fisher said. “I think every chance you get to build habits; you need to take it.” 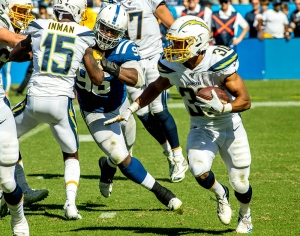 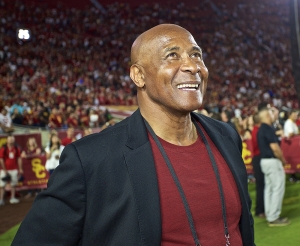 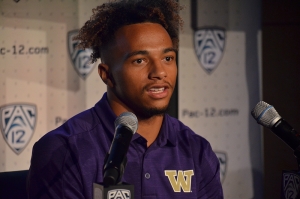