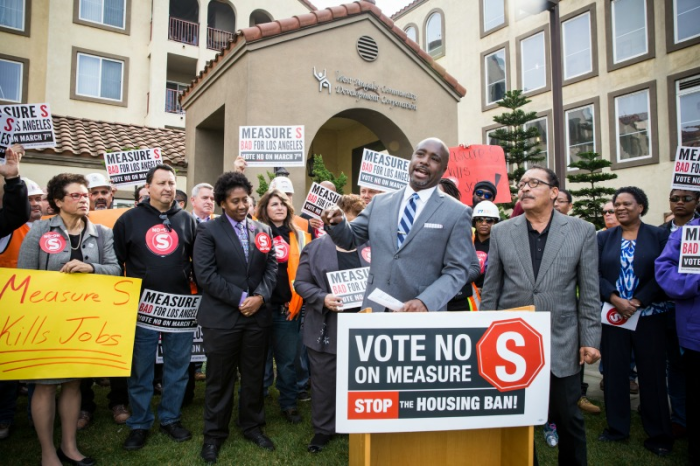 South Los Angeles recently elected and community leaders stood together at the site of 150 units of affordable senior housing along the under-construction Metro Crenshaw line, urging voters to reject Measure S, which would freeze investment in South L.A. just as it’s taking off after years of under-investment.

Current zoning in Los Angeles’s South and South East Community Plans make it extremely difficult to site the high-quality and mixed-use developments that will yield the housing and neighborhood options that South LA residents need and demand.

“Measure S backers are trying to fool South LA, but we won’t let them,” said L.A. City Councilmember Marqueece Harris-Dawson. “Measure S will stop or slow the redevelopment of the Baldwin Hills Crenshaw Plaza, the redevelopment of the former Bethune Library site, and market-rate and affordable housing sites alike, costing the community long-sought commercial opportunities and much-needed housing and jobs. We must make sure these projects, with the good jobs, economic investment and affordable housing we need, go forward. We must vote No on S.”

“The stakes are too high and the drawbacks too great to sit out of the March 7 election,” said Los Angeles City Council President Herb Wesson while stumping in support of No on Measure S. “Angelenos have waited too long for quality workforce housing and Measure S will only prolong the wait and leave hardworking men and women in construction related industries jobless.”

Measure S’s so-called “affordable housing exemption” has repeatedly been shown to be a sham. Urban and environmental policy expert Mark Vallianatos of Abundant Housing LA has demonstrated that of the 2455 units of affordable housing that would need a zoning change or a General Plan Amendment proposed in Los Angeles over the past 5 years, 95% of it would be blocked by Measure S. This is on top of the 9 out of 10 city-owned affordable sites that would be permanently banned because they need General Plan Amendments. In a city grappling with a crisis of homelessness, rising rents and slow building rates that lag behind demand, losing those units would make the problems affecting affordability in the city even worse.

A historically diverse and broad coalition is standing up against Measure S, a deceptive housing ban that pretends to “save neighborhoods” but would actually raise rents, rob L.A. of more than $2 billion in economic activity, 24,000 good-paying jobs, and more than $70 million from the city budget, cost L.A. workers $640 million per year in lost wages, force development into neighborhoods by blocking construction on transit corridors, and deepen the city’s affordable housing crisis. 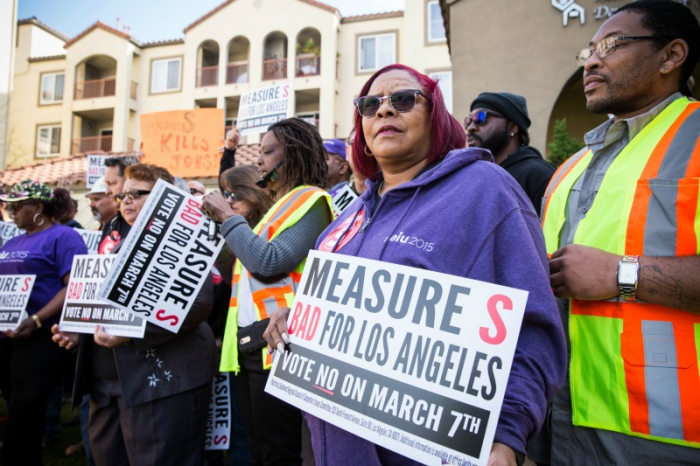 “Measure S robs underserved neighborhoods while deepening the never-ending crisis of housing affordability,” said Robin Hughes, President & CEO, Abode Communities. “It bans the planning tools needed to shape the future of development in our city for two years, and it makes it next to impossible to receive general plan amendments, which are vital to the provision of affordable housing. With Measure S, two developments in Abode Communities’ pipeline couldn’t be built: Rolland Curtis Gardens, which will place 140 family homes across the street from the Expo Line, and Slauson and Wall, which would turn an industrial brownfield into a vibrant mixed-use community. Measure S would be terrible for South LA.”

“In Los Angeles, we are in the middle of reinventing our city to be more healthy and livable, for all of us–more bicycles and bike lanes, more public transit, more housing along transit so more of us can live, work and play without getting into a car,” said Tamika Butler, Executive Director, Los Angeles County Bicycle Coalition. “We’re walking more. We’re spending more time with each other and less in our cars. But the people backing Measure S have a dangerous vision that locks out their fellow Angelenos and pushes them towards suburban sprawl and car-dependence as the only options for future development in the region. A housing ban doesn’t make people go away. Rather, it’s some people saying we got ours, you can’t have anything unless you sprawl out. Please vote no and let’s build a livable, inclusive city together.” 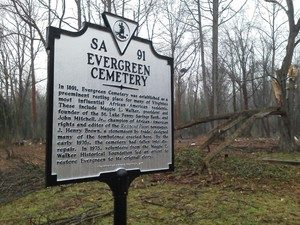 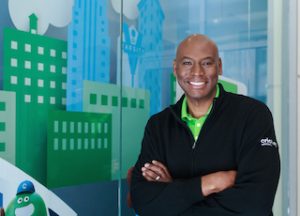 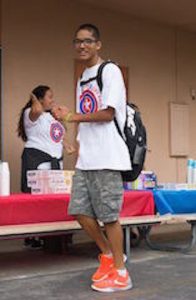 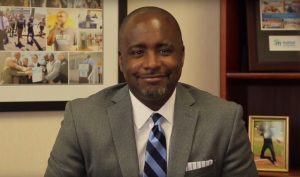