A triple threat, Ware leaves behind a legacy of classic hits that spans over multiple eras.

Producer, singer and songwriter, Leon Ware was notorious for star-studded collaborations. His musical influence led to popular tunes “I Wanna Be Where You Are” by Michael Jackson and “I Want You” by Marvin Gaye. Sadly, the music world lost another legend. Ware passed on February 23, 2017 in Marina del Rey, California. His cause of death has not been released, however, he battled prostate cancer in 2009. His manager confirmed his passing to npr.org, he was 77 years-old.

Leon A. Ware was born February 16, 1940 in Black Bottom, Detroit. The youngest of eleven children, he was the seventh son, whose father worked for the Ford Motor Company and mother was a beautician and minister. While growing up, the aspiring musician had an accident with a slingshot and caught himself in the eye leaving him blind for two years. He attended Michigan School for the Blind, which, incidentally, is the same school that Stevie Wonder was sent to.

Ware, whose favorite vocalist was Nat King Cole, ventured into songwriting at 9 years-old, penning the tune “The Girl Of My Dreams.”

As he became musically inclined, Ware’s talent for penning a beat with lyrics started to pay off. He began writing songs for Detroit’s well known singers and producers, teaming with Berry Gordy and Smokey Robinson as one of Motown Record’s go-to producers for classic soul music. Home to legendary R&B soul artists, Ware was no exception to the roster of Motown royalty to write and record with musical pioneers.

The soul legend produced unforgettable music for powerhouse artists such as The Isley Brothers, Minnie Riperton and Quincy Jones.

He got his start creating records for several Motown artists. In the 1950s, he worked with doo-wop group The Romeos and fellow singer and songwriter Lamont Dozier. Working as an arranger at ABC Records, he wrote his first gold record “Got to Have You Back,” for The Isley Brothers in 1967. He worked with Motown legends, The Miracles and the Four Tops. Ware produced Ike and Tina Turner’s “Nuff Said” in 1970 before returning to Motown to co-write “I Wanna Be Where You Are” with Diana Ross’s brother, T-Boy Ross. He was featured on two songs “If I Ever Lose This Heaven” and “Body Heat” for Quincy Jones’s album in 1974. 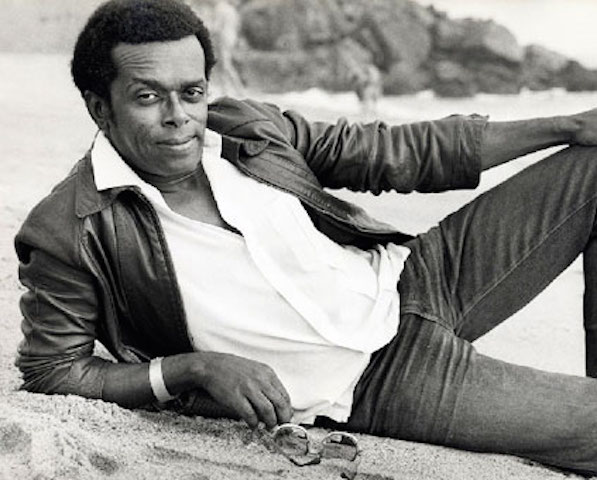 Ware wrote for countless artists including Donny Hathaway’s “I Know It’s You” and composed Minnie Riperton’s “Adventures in Paradise” album, which included the sensual single “Inside My Love.”

Marvin Gaye was inspired to work with Ware due to his contributions to Riperton’s album.  He co-produced the single and album, “I Want You.” The duo were collaborators as well as friends. “Being two men sincerely dedicated to sensuality, that was all we ever discussed.  All that happened on that project was so innate, so natural. It deserves to be timeless. The aroma that anybody gets from it is real, and you should be feeling it,” Ware stated in an interview.  On meeting Gaye for the first time, “When we met, I was sitting in his apartment for a good 20 minutes. I already smelled the welcoming aroma in the place. I had a joint in my pocket, so I pulled it out and started smoking it.  As soon as I lit the joint, he came in the room and I reached over and gave it to him. We smoked a good joint before we even introduced ourselves to each other. We were always on the same page,” he told the red bull music academy.

Ware was a continuous force behind larger than life artists, however he did not cease to produce an entirety of his own music throughout his solo career as a performer. He debuted “Leon Ware” in 1972 with United Artists and followed with his fourth album “Inside Is Love” in 1979, his eighth project “Taste The Love” in 1995, “Deeper” in 2004 and his sixteenth album “Sigh” in 2014. Ware completed 16 albums throughout his career.

He enjoyed minor success in 1979 and 1981 with Marvin Gaye inspired songs “What’s Your Name?” and “Baby Don’t Stop Me.” The multi genre singer embodied jazz, soul pop, blues, disco and funk. Ware’s songs were filled with love and sensuality. “He has been making musical miracles happen since the mid 1960s. With songs so etched into the fabric of romance, they are too often taken for granted,” according to soulinterviews.com. “When I’m asked why my music has such a deep connection to love and sensuality, I tell them I’m a messenger. I’m a messenger of love,” he told redbullmusicacademy.com. Ware had a huge following overseas, releasing countless albums, singles and multiple tours. He wrote “Estrelar” for Brazilian singer Marcos Valle in 1983 and co-wrote European hit “Independence” for Scottish singer Lulu in 1993. In 2017, Leon was featured on the album “Love In Beats,” by the U.K. Soul vocalist, Omar.

Ware continued to write music material, however some went un-released.

The master of songwriting continued making music well into the 1990s, producing single “Sumthin’ Sumthin” for Maxwell’s debut album, “Maxwell’s Urban Hang Suite,” in 1996. His music has been sampled by Ice Cube, Tupac Shakur, Jay-Z and A Tribe Called Quest. In 2014, Ware was the creative producer and feature on rapper Theophilus London’s Vibes.

Maxwell and Questlove honored his passing tweeting their condolences. “Man. Staples of my life: #IWannaBeWhereYouAre, #IfIEverLoseThisHeaven, #InsideMyLove, #IWantYou #SumthinSumthin —these jams made the world better. All due respect to the author of the sexiest pen game #LeonWare. Master Craftsman. Will be missed. Master of words,” tweeted Questlove. “Rest in heavenly peace, Mr. Leon Ware, you will be missed,”  Maxwell tweeted.

Ware was preceded in death by wife Carole Ware, who worked in R&B publishing and was a former Vice President of Creative Services at MCA Records.

On the success of “I Want You” and his longevity,  “having done this when I was in my early thirties, I feel honored to still be here man,” said Ware. “To still be here, to still love the work, it’s interesting that they call what I do work, when I love it so much!”

Ware leaves an imprint of music ingrained in the ears of music lovers. 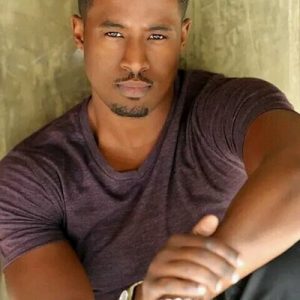