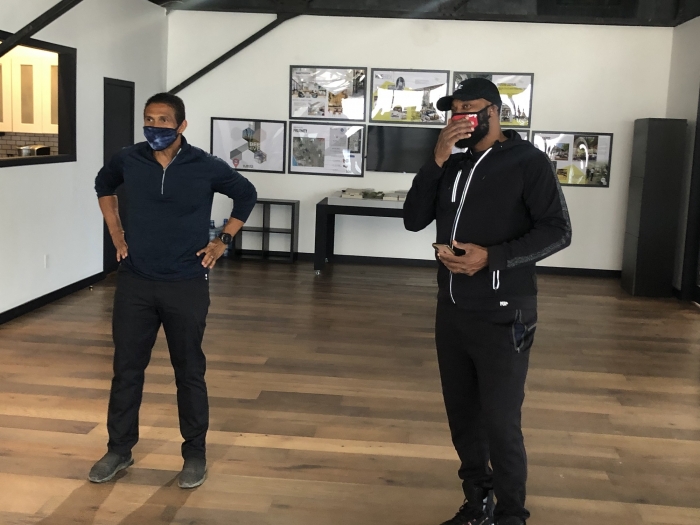 SoLa Impact works with about 250 kids and is always in communication with them to get a pulse on what they need. With schools shut down and classes being online, underprivileged students are finding every tool they have to get access to the classes, even if it’s from an old iPhone or tablet. That shows the persistency of the students wanting to learn. One thing SoLa learned during this pandemic is that parents and students are suffering significantly because they do not have access to computers. Hundreds of kids in the South LA community are lacking the technology they need to perform their online work from school. Kids are using their parent’s iPhones, tablets and are not able to view their curriculum online correctly. Most of the students have outdated tablets that were received from donations.

After learning about these difficulties in the community, SoLa decided to raise a GoFundMe campaign to get enough money to buy at least 100 Chromebooks. When SoLa put a call out not only to their tenants, but the community at large, many parents reached out for help. Now there is a waiting list, and more money being raised to support the community. The President of SoLa Impact Sherri Francois said, “We want to create jobs, economic development, and access to opportunities is a huge mission focus. Focusing on youth in the community by providing them specific programs like financial literacy, career awareness, and getting them into college. These are all things that we work towards.” Currently, there is a waiting list for kids that still need Chromebooks. SoLa is bridging the digital divide by doing all they can to support the community with Chromebooks. SoLa Impact Co-founder Martin Muoto is focused on bringing everyone together to contribute to securing these kids’ futures. Muoto wants purpose driven people to do what is going to contribute to bridge the gap for these students. He states, “It’s not about us, it’s about inspiring and encouraging others to do something. Even if it’s something different. We are challenging people to get off the sidelines and act with their resources. It doesn’t have to be SoLa.”

SoLa reached their initial goal of raising $20,000. “Money is currently being raised, and there are over 100 students on the waiting list that still need chrome books. “We are going to continue to push this tech drive and try to get more donors to donate chrome books because we know the need is so vast,” says Francois. Over this past week, over 100 Chromebooks have been delivered to students in South LA. 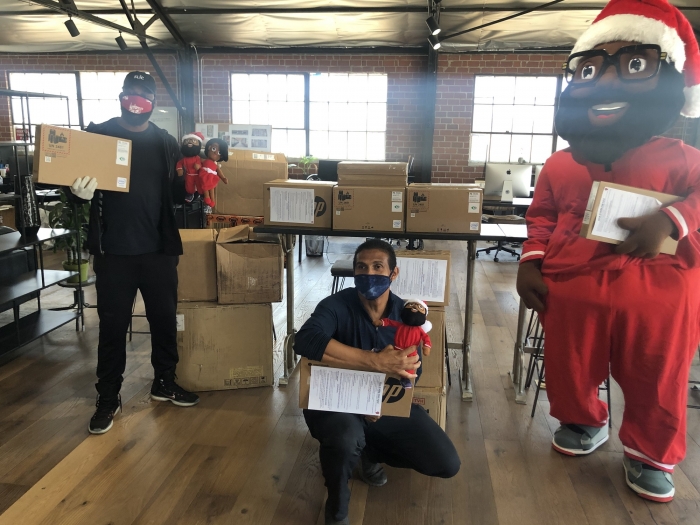 SoLa Impact also partnered with former NBA player, now investor Baron Davis to enhance this movement. Francois spoke highly of Davis and his continued support for SoLa. “Baron Davis has been a continued supporter of SoLa for a while now and all of our efforts.

Whether its SoLa Impact as a whole and helping the tenants in the community that he came from, or SoLa scholars, or our youth in the community. When we talked about this Chromebook drive, he wanted to be a part of it in whatever capacity he could.”

Davis’s philanthropy Black Santa is already doing big things in the community; their partnership with SoLa Impact is the perfect marriage. He has been working to help get the funding for SoLa, and promoting the campaign. Davis came out of quarantine for the first time to help deliver chrome books to families around South LA. In an interview with the Los Angeles Sentinel, Davis says, “We’re motivated by doing a service in the community. We want to build a campaign around these tech companies, they should be investing in our kids in the inner city. A lot of the people they use to endorse their product, the artists they sign, are from this neighborhood. 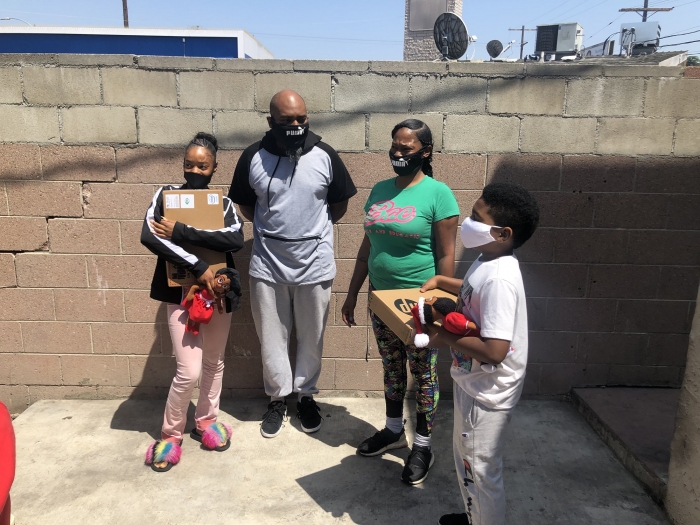 Even those celebrities are using their Apple money to help these kids.” The biggest question now is how to get corporate to meet them halfway to supply the kids what they need. If tech companies like Apple can use an artist from the inner city and monetize off their influence, then there isn’t a reason they shouldn’t help support the inner kids with computers. Davis says, “Come on with it, yall got the money, yall the got computers, we will deliver them shits, we ain’t scared.”

It’s shameful that community leaders have to put the pressure on corporate America. These young students are the future, companies like Apple should be first in line when it comes to donating to the youth. South LA breeds greatness, the proof is in the pudding. That’s why Davis pointed out the fact that tech companies sign artists from South LA to market their product, but never come to those communities and give back to the youth. Davis, and SoLa Impact will continue to be the example they want to see, and make it known that tech companies are currently not involved in supporting youth in the inner cities.

There is a considerable need for chrome books for young kids in the South LA area. SoLa Impact is making a significant change by providing resources to families who are struggling. In addition to helping low-income families get high-quality housing, other services are offered to better their tenants’ livelihoods. Over forty nonprofits are partnered with them to provide different supportive services they may need. Not only do they help people find a beautiful place to live, but their goal is also to see that individuals are offered opportunities to help position themselves to be successful. 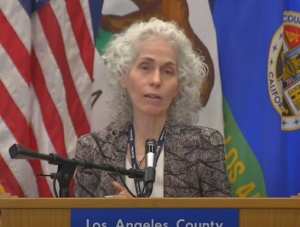 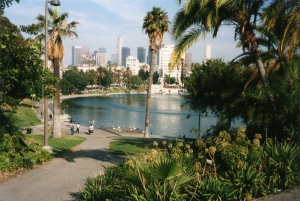 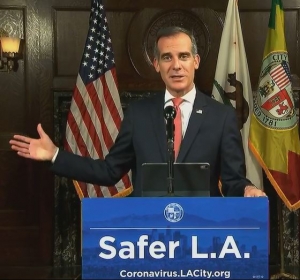 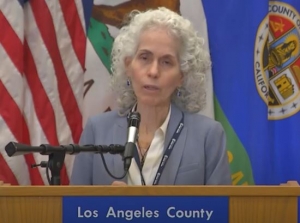 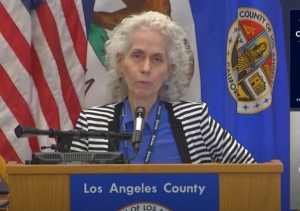 Stores Not Adhering to COVID-19 Health Officer Orders Over the Weekend; 162...