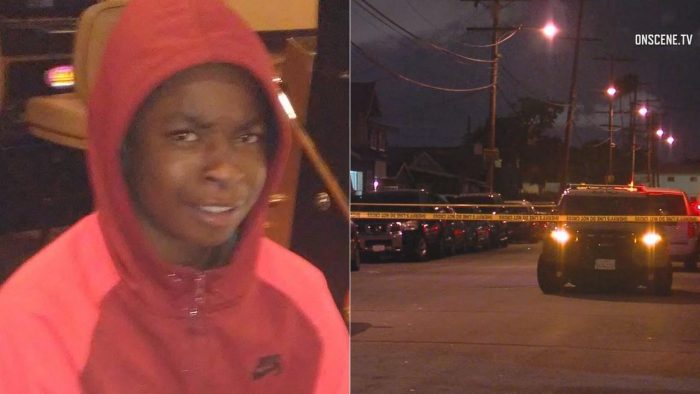 A 17-year-old boy was shot and killed Thursday, May 25, 2017, in the unincorporated Westmont area of Los Angeles County, authorities said. (Family photo)

Authorities last Friday were investigating the shooting death of a 17-year-old boy in an unincorporated area near South Los Angeles.

The shooting occurred at 9 p.m. on Thursday, May 25 in the 1200 block of West 93rd Street, between Vermont and Normandie avenues, said Deputy Trina Schrader of the Sheriff’s Information Bureau.

The boy, identified by his mother as Isaiah Rogers, was gunned down in the driveway of his residence and suffered at least one gunshot wound to his upper body, Schrader said. He died at the scene.

Authorities were unsure of a motive for the crime.

“He wasn’t a gang member … he didn’t do no fights or nothing,” the teen’s mother, Lakisha Walker, told Fox11. “I want justice. Somebody knows something.”

Walker told reporters the teen had gone outside to the get his brother. A neighbor said the shooter was in a vehicle that was driven slowly by the home.