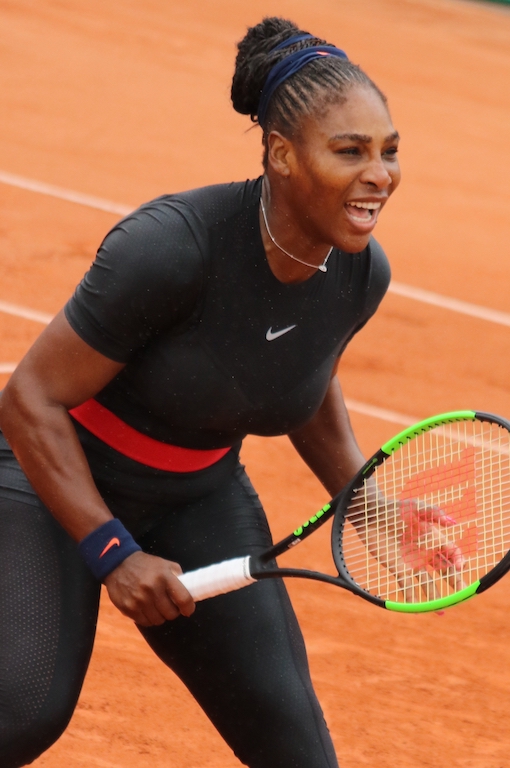 Through her abundance of success over the years, tennis icon Serena Williams has persevered through numerous bouts of backlash. She has conquered tournament after tournament, enduring hecklers early on her in her career to excessive drug tests, negative comments about her physique and now banned outfits.

Most recently, French Tennis Federation President Bernard Giudicelli prohibited any participant of the French Open to wear a bodysuit similar to what Williams wore during that tournament earlier this year.

“[It] will no longer be accepted,” Giudicelli said. “One must respect the game and the players.”

The federation noted how they will implement a new dress code in the future. Prior to the ban, Williams noted how the black catsuit made her feel like a “warrior” and “superhero.” The 23-time Grand Slam champion also chose to wear the catsuit for medical purposes. Williams has suffered from blood clots since she gave birth to her daughter, Alexis Olympia.

“I had a lot of problems with blood clots, I don’t know how many I’ve had in the past 12 months,” Williams said during the French Open. “It’s definitely a little functionality to it.”

The catsuit Williams wore was created by Nike, the company expressed their support of Williams through Twitter.

“You can take the superhero out of her costume, but you can never take away her superpowers,” Nike tweeted on Friday.

Tennis legend Billie Jean King showed her disdain for the French Tennis Federation’s decision, mentioning how “the policing of women’s bodies must end.”

“The “respect” that’s needed is for the exceptional talent Serena Williams brings to the game,” King stated on Twitter. “Criticizing what she wears to work is where the true disrespect lies.”

Williams is currently has the 17th seed in the US Open and is ranked 26 in WTA. The Compton native treated the situation with equanimity and humor.

“When it comes to fashion, you don’t want to be a repeat offender,” Williams said.  “Obviously the grand slams have a right to do what they want to do, but I feel like if and when or if they know that some things are for health reasons then there’s no way that they wouldn’t be okay with it.”