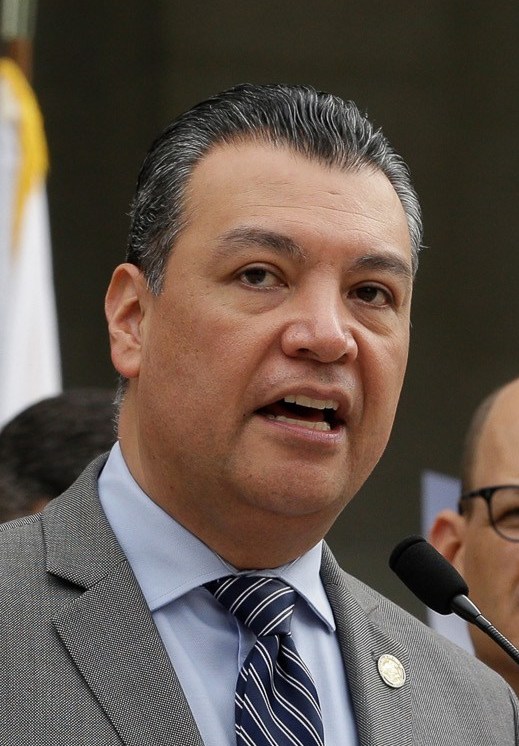 California Secretary of State Alex Padilla talks during a news conference Monday, Jan. 28, 2019, at the Capitol in Sacramento, Calif. California Gov. Gavin Newsom’s is considering whom to appoint to serve out the rest of Vice President-elect Kamala Harris’ Senate term through 2022. Under consideration for the job include Rep. Karen Bass, Rep. Barbara Lee of Oakland, Secretary of State Alex Padilla, and Long Beach Mayor Robert Garcia. (AP Photo/Rich Pedroncelli, File)

“It’s the morally right thing to do,” said Padilla. “For me, it’s not a difficult conversation.”

For nearly two centuries now, Black American descendants of enslaved Africans have been making the case to an unbudging U.S. government for reparations. Advocates say payments would compensate for centuries of unpaid labor and an opportunity for the federal government to make good on its promise to provide 40 acres and a mule to each formerly enslaved Black person after the Civil War. 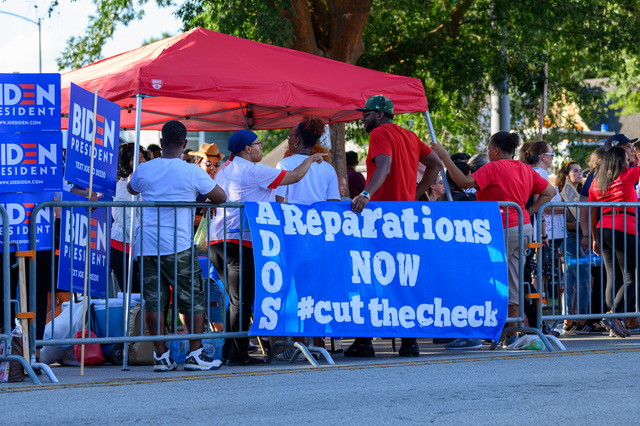 A shift in the national consciousness last year — some attribute to organizing around Black economic and political empowerment led in part by the American Descendants of Slaves Movement and the national reckoning on race that began last summer after the killing of George Floyd — has ushered in a political environment in the United States where many legislators are much more open than they have been in the past to reparations.

“We have to be able to walk and chew gum at the same time,” Padilla said. “We should be able to negotiate and advance and infrastructure package, and immigration reform and protect the rights of voters, and work on environmental protection, and address historical injustices like this.”

Earlier this month, Democrats on the House Judiciary Committee voted to approve forming a committee to study the idea of providing reparations to African Americans.

Padilla is a veteran politician who’s worked his way up the political ladder, previously serving as a Los Angeles city councilman, as a state senator and as secretary of State before he was nominated in January to replace outgoing Sen. Kamala Harris.

Padilla said that he has been senator for less than 100 days, but he’s packed a lot into that short period. During his first couple of months, he participated in President Donald Trump’s second impeachment trial, and voted to approve the American Rescue Plan Act of 2021 intended to help Americans devastated economically by the coronavirus pandemic.

In the Senate, he is pushing and supporting a number of bills on a range of issues, including proposals focused on immigration reform (providing a pathway to citizenship for essential workers) and hate crimes against Asian Americans.

Padilla, the son of Mexican immigrants, grew up in the Pacoima, Los Angeles, a neighborhood in the San Fernando Valley. His father worked for 40 years as a short-order cook and his late mother cleaned houses. Both parents were local activists who fought against violence in their community. Padilla said they were the inspiration for his political career.

“Through their hard work, we had a modest upbringing to put it mildly,” said Padilla. “We grew up with the values of service to others, and hard work, but we also saw our parents get very involved in the community.”