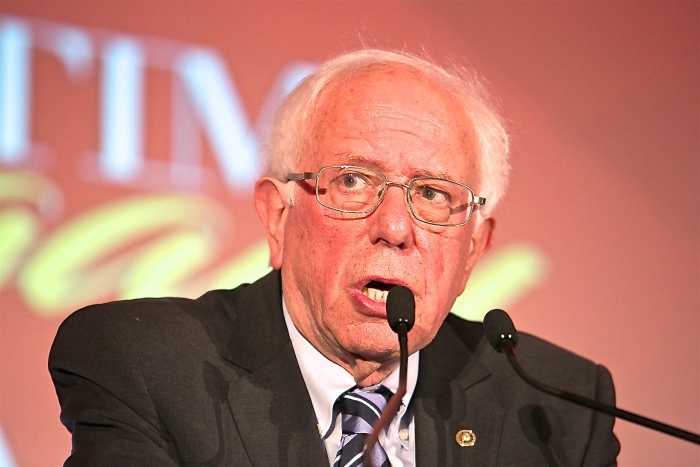 One night, after many pundits said he acquitted himself well in the debate in Miami between himself and other 2020 Democratic Presidential hopefuls, Vermont Sen. Bernie Sanders arrived in Cincinnati to deliver the keynote address at the National Newspaper Publishers Association (NNPA) Legacy Awards Dinner.

Sanders addressed a large local and national media contingent, which also included many members of the Ohio press.

Earlier this month, Sanders was the lone candidate to accept an invitation to speak at the gala, which is part of the NNPA’s weeklong national convention.

The NNPA is a trade organization that represents the more than 200 African American-owned newspapers and media companies throughout the country.

The organization does not endorse candidates, leaving such decisions up to its members of publishers whose influence and readership comprise the nation’s largest media markets, including New York, Los Angeles, Washington, Chicago, St. Louis, Cincinnati, Pittsburgh, Philadelphia, Baltimore, Tennessee, San Francisco, and numerous swing states around the country.

After being introduced by former Ohio State Sen. Nina Turner, Sanders gave an inspired 25-minute address in which he blasted President Donald Trump as a racist and a bigot and he promised that, if elected, he will work to make college tuition-free, eliminate student debt, take climate change seriously, and make every effort to level the playing field economically, educationally and in other ways that reflect his stance on social justice for African Americans and other individuals of color.

“It is absolutely imperative to defeat the most dangerous president in the history of this country,” Sanders said.

“He is a racist and a bigot,” the senator said. 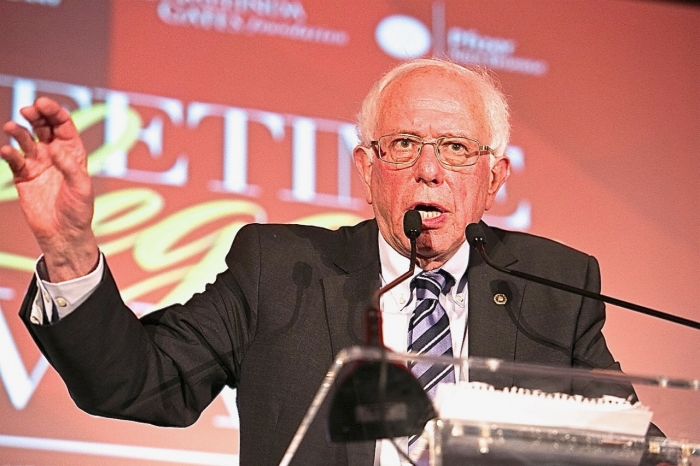 “People aren’t able to go to the doctor because they can’t afford to and if you go to the hospital, you’re afraid to get hit with a $50,000 medical bill,” said Sanders, before promising that a Sanders administration would work to provide coverage for all. (Courtesy photo)

Sanders said he and his wife thought long and hard before he decided to enter the race this year. Even after deciding to run, Sanders said he slept on it and almost reconsidered, but he believed it was important that he step-up for the sake of all Americans, particularly the underserved.

“We are going to have to transform this nation and create an economy that works for all of us, not just the one percent,” Sanders said.

“People aren’t able to go to the doctor because they can’t afford to and if you go to a hospital, you’re afraid to get hit with a $50,000 medical bill,” he said, before promising that a Sanders administration would work to provide medical coverage for all.

“My anger at [Trump] is not just that he wanted to take away health care for 32 million people, but his [proposed] massive cuts to Medicare and Medicaid and Social Security and his tax cuts which …. were for the top one percent,” Sanders said.

The senator drew applause several times from the packed crowd inside the second-floor ballroom of the Westin.

He also blasted Trump for the president’s disbelief in climate change.

“It is the great existential threat of our time and this is not an issue that we have a choice about,” Sanders said.

“We have a president who deliberately is trying to divide America and not only do we have to defeat the worst president in the history of our country, we will have to transform this nation and create an economy for all of us and not just the one percent,” he said.