More than 400 residents and refinery workers attended a meeting in Torrance on Saturday of the South Coast Air Quality Management District’s Refinery Committee to provide input on the agency’s proposal to further regulate modified hydrofluoric acid (MHF), a highly toxic chemical used at two refineries in the region.
“We are here today because we are concerned about any potential risk to residents from the accidental release of this hazardous chemical,” said Clark E. Parker, Sr., Ph.D., chairman of SCAQMD’s Refinery Committee. “The SCAQMD staff has been working diligently for the past year with refinery representatives and community members to make sure that we come up with a sustainable alternative.”
Today’s meeting was also attended by committee Vice Chairman and Highland Mayor Larry McCallon and committee members Joseph Lyou, Ph.D., Wildomar Mayor Ben Benoit and Rolling Hills Estates Mayor Pro Tem Judith Mitchell. SCAQMD Chairman William A. Burke, Ed.D., joined the committee as an ad hoc member for today’s meeting.
During Saturday’s meeting, SCAQMD staff briefed the committee and the public on development of the agency’s proposed Rule 1410 and received public input on it. The proposed regulation is aimed at significantly reducing or eliminating the potential public health risk resulting from an accidental release of MHF.
More than 95 residents and refinery workers addressed the committee during its nearly five-hour meeting.
MHF is used at Torrance Refining Co., owned by PBF Energy, and at the Valero Wilmington Refinery. The acid is used in the refineries’ alkylation units as a catalyst to produce a component of high-octane gasoline. Other refineries in the region and many across the country use sulfuric acid in their alkylation units.
Hydrofluoric acid is considered more hazardous than sulfuric acid because upon contact it not only burns skin tissue, but also damages bone and is potentially fatal. Unlike sulfuric acid, it has a low boiling point and in the event of an accidental release it can form a dense, ground-hugging cloud that could travel into a nearby community.
Torrance Refining Co. and Valero Wilmington Refinery use hydrofluoric acid modified with an additive to reduce – but not eliminate — its hazardous impact and potential to travel. Both refineries also use various sensors, alarms and other safety systems to mitigate risk in the event of an accidental release of MHF. However, SCAQMD staff presented a scenario in which more than 5,000 pounds of MHF could be released during an accidental breach of one MHF storage tank at the Torrance refinery.
SCAQMD staff is currently considering a three-tiered approach to increasing safety and reducing or eliminating the risk of an accidental release of MHF at the Torrance and Wilmington refineries, including a potential phase out of MHF.
The 1st tier, to be implemented within six to 12 months after the rule is adopted, would ensure that both refineries install some additional safety equipment. The 2nd tier, to be put in place within two to four years, would require state-of-the-art sensors, cameras, automated safety systems and more comprehensive barriers. The 3rd tier, to be implemented within eight years, would require virtual failsafe systems such as underground MHF storage and full enclosure of alkylation units. As an alternative to tiers 2 and 3, the refineries could switch to an alternative such as sulfuric acid.
SCAQMD started developing its proposed Rule 1410 in April 2017, and since then has conducted six meetings of a working group composed of representatives from the refineries, community groups and other regulatory agencies.
At the conclusion of Saturday’s meeting, Refinery Committee Chairman Parker directed SCAQMD staff to report back to the committee within 75 days with a further developed rule proposal. The SCAQMD Board is tentatively scheduled to conduct a public hearing and consider adopting the measure at its July 6 meeting.
In February 2015, an explosion at the former ExxonMobil refinery in Torrance resulted in a large piece of debris nearly striking a large vessel containing MHF. As a result of the accident, community concerns about refinery safety and new information about the safety of MHF, SCAQMD began developing its proposed Rule 1410. For more information on SCAQMD’s Proposed Rule 1410, see http://www.aqmd.gov/home/rules-compliance/rules/proposed-rules/proposed-rule-1410.
The SCAQMD is the air pollution control agency for Orange County and major portions of Los Angeles, San Bernardino and Riverside counties.
-#-
ADVERTISEMENT
ADVERTISEMENT
Categories: Family | Health | Safety
Tags: #lasentinel | environmental | Refineries | Refinery Committee | SCAQMD | SCAQMD Advisory | Sentinel News Service | South Coast Air quality management District | toxic chemica; 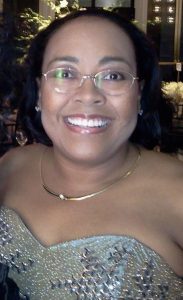 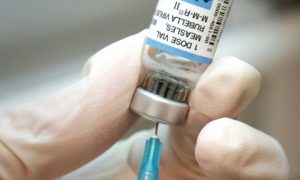 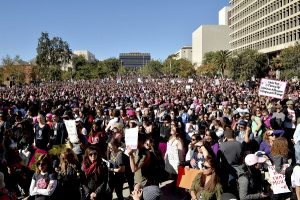 One Year Later, the Women’s March Is Still Fired Up and Ready Go to the...