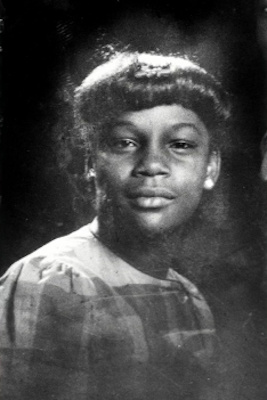 I didn’t know LaTasha Harlins personally but in 1991, the year she died, she and I were around the same age. We were both attending high school in Los Angeles;  she attended Westchester High and I was at Hollywood High. Our realities were different; I was growing up in a suburb of Los Angeles county, while Latasha grew up in the heart of South Central. I had not experienced firsthand the tensions between Korean shop owners and the Black community like she did. Our realities were the same, in that Harlins had teenage girl dreams. Watching her death play out on national television affected me profoundly.

At age sixteen, I had been working on staying on the Honor Roll at school, trying to navigate my way through my first love experience and dreaming about my future. Harlins was also on the Honor Roll, writing poetry and dreaming of a future as an attorney because someone had killed her mom six years earlier and she wanted to make a difference in the justice system.

She had written a poem approximately a  month before her death, where she described herself as “reliable, trustworthy, and honest.”

Harlins had been described by people who knew her as “shy” and “smart”.  But as I watched the evening news on March 16, 1991, I saw Harlins fall to the floor of a liquor store after being shot in the back of the head by its owner. My first thought was, ‘that little girl is dead’.

Later that night, I thought about how that girl … whatever dreams she had, were over… and she would never get to realize them, all because of a unreasonable misunderstanding. And a scary thought hit me, that a teenage girl like me could get shot and killed for something just as trivial..

“It was a senseless killing of a beautiful young black woman, who merely went to the grocery store to buy some orange juice,” said Sentinel Publisher and long time community activist Danny Bakewell Sr., who was at the forefront of protests after the shooting and during and after the trial of Korean storeowner,  Soon Ja Du.

“Because of the lack of respect and value for Black life, someone felt superior and empowered to take her life. We should never forget that. And, just as I had proclaimed at that time, that, that store would never open in our community again, we should have that same kind of vigilance about right and justice in our community today, ” said Mr. Bakewell.

It was a Saturday when Harlins entered the Empire Liquor store on Figueroa Street.  Soon Ja Du had been watching her, when she grabbed a bottle of orange juice and placed it at the tip of her backpack. Police at the time said that Du concluded Harlins was attempting to steal and did not see the money the teenager held in her hand. The police reached this conclusion after speaking with the two eyewitnesses present and viewing videotape recorded by a store security camera.

The videotape showed that Du grabbed Harlins by her sweater and snatched her backpack. Harlins then struck Du with her fist three times, knocking Du to the ground. After Harlins backed away, Du threw a stool at her. Harlins then picked up the orange juice bottle that dropped during the scuffle, threw it on the counter and turned to leave. Du reached under the counter, retrieved a handgun, and fired at Harlins from behind at a distance of about three feet (one meter). The gunshot struck Harlins in the back of the head, killing her instantly. Du’s husband, Billy Heung Ki Du, heard the gunshot and rushed into the store. After speaking to his wife, he dialed 9-1-1 to report an alleged holdup just before Mrs. Du fainted.

Harlins’ death came about two weeks after the nation witnessed the severe police beating of motorist Rodney King, a group assault also caught on tape. A jury convicted Du of voluntary manslaughter and asked for the maximum sentence of 16 years. However,  in a controversial ruling, Judge Joyce Karlin gave Du five years probation, a $500 fine, and no jail time.

“Absolutely. But was that reaction understandable? I think that it was. This is not a time for revenge … and no matter what sentence this court imposes, Mrs. Du will be punished every day for the rest of her life,” Judge Karlin stated.

Karlin also stated that Du shot Harlins under extreme provocation and duress, and deemed her unlikely that to commit a serious crime again. Mrs. Du was said to have committed the crime based on past experiences at the store.

The light sentence angered the Black community across the country and was compounded by the subsequent acquittal of the four officers who beat King. Participants in the Civil Unrest of 1992 remembered Harlins, as they destroyed and burned down several Korean owned liquor stores and businesses.