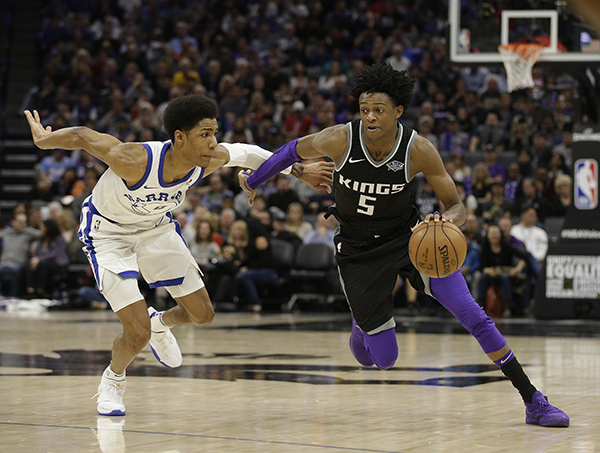 Sacramento Kings guard De’Aaron Fox will replace injured Los Angeles Lakers guard Lonzo Ball on the U.S. Team in the 2018 Mtn Dew Kickstart Rising Stars on Friday, Feb. 16 at Staples Center in Los Angeles (9 p.m. ET; TNT/ESPN Radio).
Fox, the fifth pick in NBA Draft 2017 presented by State Farm, is averaging 11.3 points and 4.3 assists in 27.2 minutes while starting 37 of his 49 games in his rookie season. His selection gives the Kings three players in Mtn Dew Kickstart Rising Stars, with second-year guard Buddy Hield (Bahamas) and rookie guard Bogdan Bogdanovic (Serbia) representing the World Team.
Ball has missed the Lakers’ last 13 games after suffering a sprained MCL in his left knee on Jan. 13. The second pick in NBA Draft 2017 is averaging 10.2 points, 7.1 rebounds and 7.1 assists in 36 games. The Lakers have second-year forward Brandon Ingram and rookie forward Kyle Kuzma playing for the U.S. Team.
Mtn Dew Kickstart Rising Stars is an annual showcase of premier young talent at NBA All-Star.  For the fourth consecutive year, the game features 10 first- and second-year NBA players from the U.S. against 10 first- and second-year NBA players from around the world.
Below are the complete rosters for the 2018 Mtn Dew Kickstart Rising Stars. 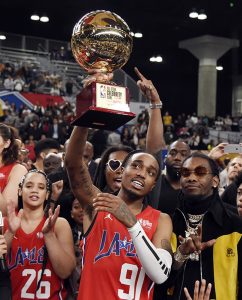 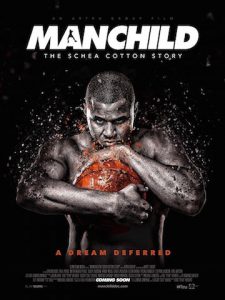