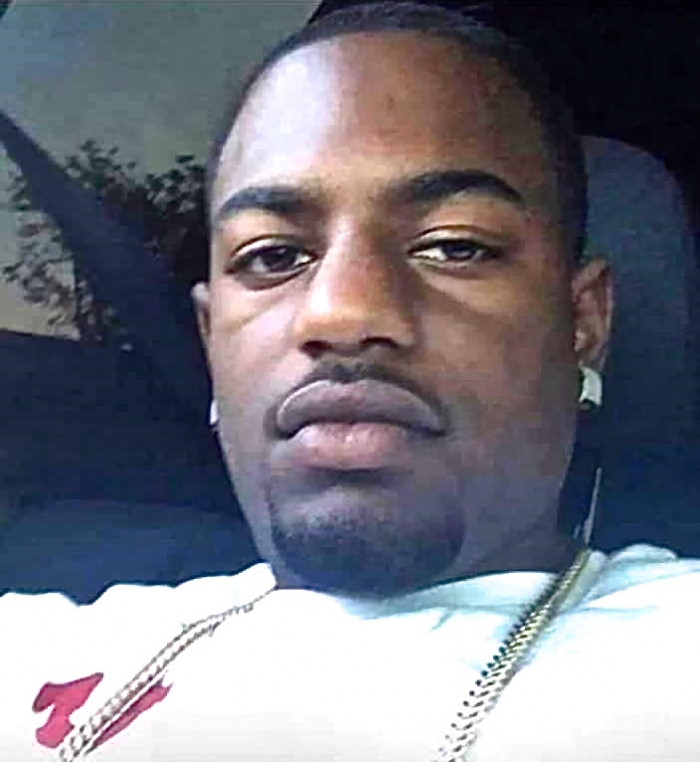 24-year-old Ryan Twyman was shot by L.A. County sheriff’s deputies, who said he used his car as a weapon against them June 6, in Compton. (Courtesy photo)

The family of an unarmed Black man shot by county sheriffs in Compton joined the Cochran Firm in a press conference June 20, in the wake of a recently released video documenting the incident. 24-year-old Ryan Twyman’s family said that the video made it clear that their loved one was murdered. What’s worse, they said, is the possibility that nothing will be done.

“Because, he isn’t the first and he won’t be the last.”

Twyman was fatally shot June 6, in the Willowbrook area, where sheriff’s deputies alleged that he used his car as a weapon against them. At the time, they had been investigating Twyman for firearms possession, when they were informed that he often hung out at an apartment complex near San Pedro and 132nd Street, where the fatal shooting took place. An ongoing investigation has not yet revealed exactly what led to the shooting.

In the video, sheriff’s deputies are seen approaching Twyman’s car with him and a passenger inside, guns drawn. One was shown opening the passenger rear door right before the car moved in reverse.

“As the Kia reversed, the passenger-side deputy was struck with the open rear passenger door and pushed into center of the parking lot as he attempted to maintain his balance to avoid being knocked down and run over,” said L.A. County Sheriff’s Commander April Tardy, who narrated the video.

“At that time, both deputies fired their service pistols at Mr. Twyman in order to stop the vehicle from injuring the passenger deputy.”

The deputies fired more than 30 rounds into Twyman’s vehicle. He died of multiple gunshot wounds to his upper torso.

Family attorney Brian Dunn, who spoke on their behalf at the June 20 press conference, criticized the alleged defense maneuver.

“By the time he’s out of the path of the vehicle, there’s no reason to continue using deadly force,” Dunn said. “He’s free. He’s safe. Nothing has happened to him. There is no danger to him.”

“When we see the loss of life, family members, attorneys, members of the media … we ask, ‘is this a death that had to occur,’ or are we dealing with yet, another situation that is intractable and part of our society,” Dunn said, during the press conference.

“This family has gone through more pain, more anguish and more hell than anyone here can comprehend.  We have a situation here, where in only a few seconds, the lives of a family have been irreparably damaged.

“This is not something that just affects only young Black people. This affects all races and classes. And, there is a common denominator in the spectrum of pain that I’ve seen. When a mother loses her child, the pain is so severe that it takes time to even believe that it occurred.

“And, when its by homicide by law enforcement, the pain is compounded because the mother knows that, more than likely, nothing is going to be done.”

In a seemingly preemptive strike against heavy criticism of the department, the L.A. County Sheriff’s Department pointed out that Twyman had previous convictions for carrying a concealed weapon on his person, being a felon in possession of a firearm and was on felony probation. But family and friends counteracted that portrayal, painting the young father of three as well-loved by family and friends. 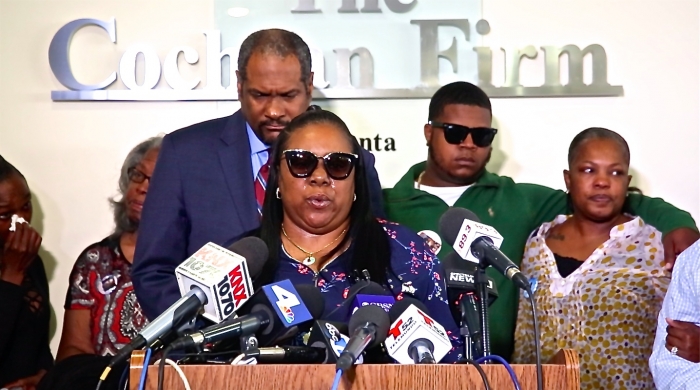 “My brother was … my brother,” said Chiquita.

“He was human. He had a big family, a big support system and a community that loved him.”

Twyman’s passenger, Deimeon Laffell, did not speak at the press conference but has since filed a claim against the department. Laffell’s claim stated that the two men “made no aggressive movements, furtive gestures or physical movements which would suggest to a reasonable law enforcement officer that either of them was armed with any kind of weapon.”

“To most people, this is just news. But for us, this is destroying us,” said Charles Twyman, the victim’s father.

The older Twyman said that Ryan’s kids keep asking about their father.

“I keep telling them their father’s at work. [one of his kids] keeps asking me when is his father coming home,” he said. “My wife goes to bed crying; she wakes up crying.”