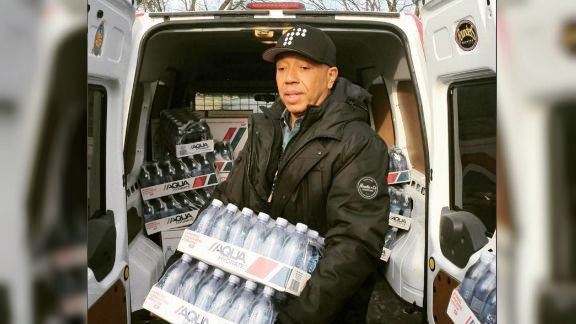 When business mogul and founder of the RushCard, Russell Simmons, arrived in Flint early Monday morning to deliver cases of bottled water door-to-door, he did so with a minimal amount of fanfare.

Flanked by a handful of local reporters and several staff members, Simmons and his affable team carried case-after-case of Aquahydrate to eager and desperate residents. In total, Simmons and his team delivered 150,000 bottles of water to cardholders of the prepaid debit card, and students at Flint Southwest Academy.

Simmons partnered with Sean “Diddy” Combs and Mark Wahlberg (owner of Aquahydrate) to launch a relief campaign for victims of the Flint water contamination crisis, which includes a pledge of 1,000,000 bottles of water to the people of Flint.

However, the congenial mood became increasingly somber as citizen after citizen recounted horrific stories of how the contaminated water has and continues to affect their health and compromise an already fragile quality of life, and wreak havoc on children whose damaging levels of lead poisoning have been diagnosed as acutely damaging to life threatening. The prognosis is not good for the citizens of Flint.

“My heart breaks for the people of Flint, who are being deprived of the most basic of necessities — clean drinking water,” said Simmons who hugged one teary resident as she shared her struggle regarding the health of her three-year-old son and one-year-old daughter.“My three-year-old can’t talk and my baby has been having (violent) seizures,” said one distressed mother.

The extent of the water problem is appallingly evident. When 24-year-old Nakeyja Cade turned on her kitchen faucet to demonstrate how shamefully ineffective the state supplied faucet filters are, as supporters looked on in horror. Cade filled a small glass with tap water and placed a lead measurement device in the glass. The reading of 185 parts per billion in the filtered water sample far exceeds the 15 parts per billion action level set by the U.S. Environmental protection agency.

“This is the third filter I’ve put on, and I just put this one on two weeks ago, but none of them have worked,” explained the distraught mother.

The lead filters distributed to residents and businesses in Flint have a National Safety Foundation International certification to treat water with up to 150 parts per billion of lead, although no amount of lead consumption is considered safe. Unfiltered water collection samples collected since late December have had readings reported as high as 4,000 parts per billion of lead contamination.

“This is environmental racism and Gov. Rick Snyder should be hauled out of here in handcuffs. This would never have happened in Beverly Hills,” said an outraged Simmons, who implored that all parents have their children tested immediately for lead poisoning. “This has to do with not sending less fortunate and people of color less services. They were voters who did not vote for this governor, so they are less important to him.”

At each modest home, Simmons and his small but dedicated band of workers visited with water donations, and Simmons offered thoughtful, but provocative words of encouragement.

“I didn’t know that things were this bad until two weeks ago. I just read in the New York Times yesterday that the water filters were working,” said an emotional Simmons.

The Def Jam co-founder and ultra-successful business magnate is using his celebrity to encourage other public figures to put their status to work by both making donations to the residents of Flint and elevating awareness of the severity of the water crisis in Flint.

“I know celebrities like Game, who donated 500,000 bottles of water and Puffy, who donated a million bottles of water. Will Smith has made donations and I called Khloe Kardashian who wrote a check and tweeted about what’s going on here to her 40 million followers. And more people need to know.”

Simmons also chastised local corporations who operate locally, but have done little to help alleviate the nearly unbearable burden placed on the backs of residents. He challenged larger corporations and service providers to step up to the plate and do their part to bring some measure of relief to their customers, mentioning Time Warner on more than one occasion.

“You pay a cable bill and utility bills. They should respond to your needs and contribute to the relief effort,” Simmons told several residents during his visit.

Following the door-to-door water dropoffs, which were later joined by renowned civil rights attorney Benjamin Crump, who represented the families of Trayvon Martin and Michael Brown, and “Real Housewives of Atlanta” star and real life attorney Phaedra Parks, Simmons and Crump discussed with residents plans to file a class action lawsuit to hold parties involved in the water poisoning disaster accountable and to seek to make the victims of the water crisis whole. Crump said one of the items they would insist immediate rectification of is the replacement of lead pipes and infrastructure improvements.

“This is way worse than Watergate,” Crump said. “People didn’t die from Watergate. These are our children’s lives at stake.”

Both Crump and Simmons vowed to petition U.S. Attorney General Loretta Lynch to investigate which elected officials should be held responsible for the water crisis scandal.

After a brief visit to Flint Southwester Academy, where Simmons urged students to take nutrition seriously and to use critical thinking in deciding what types of food and beverages where best for counteracting some of the damage caused by unhealthy consumption, he noted that Flint was essentially a food desert, and again urged corporations to develop comprehensive plans for addressing nutritional needs in the community.

Before returning to his door-to-door delivery schedule, Simmons attended a rally at First Missionary Baptist Church where a standing room-only crowd awaited and where he was joined by a contingency of pastors and congregations from Detroit, including Rev. David Bullock, Bishop Edgar Vann and Baltimore pastor Jamal Bryant.

Prior to departing for Detroit Metropolitan Airport, Simmons spent time with residents and fans to listen to more of their concerns, and briefly interjecting a little lighthearted fun as he hugged residents and posed for selfies with fans.

“I’m here because I have to be,” Simmons said as he departed, “but I’ll be back with more help.”

On Tuesday, following Simmons’ visit to Flint on Monday, the Federal Bureau of Investigation announced it would join the criminal investigation into Flint’s water crisis, according to Gina Balaya, spokeswoman for the U.S. Attorney’s Office in Detroit.

Balaya announced that federal prosecutors in Michigan are “working with a multi-agency investigation team on the Flint water contamination matter, including the FBI, the U.S. Postal Inspection Service, the EPA’s Office of the Inspector General and the EPA’s Criminal Investigation Division.” 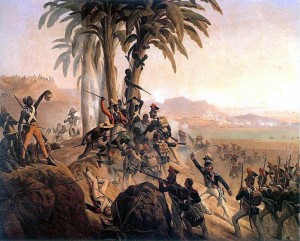 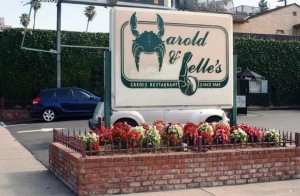 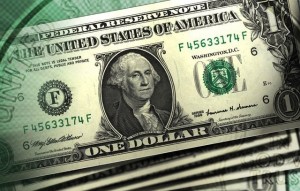