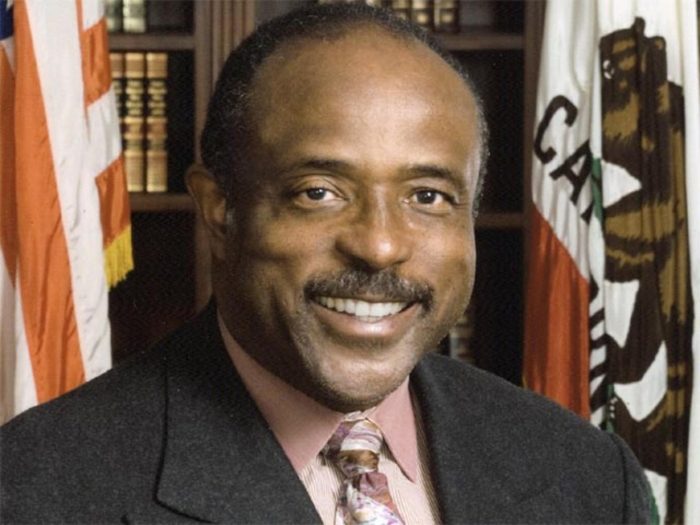 In 2014, former California Senator Roderick D. Wright was convicted of eight counts of perjury and voter fraud for lying about living in his district and was sentenced to 90 days in jail. However, Wright only served an hour in jail and two-an- a-half years of probation. Four years later, Senator Wright has received a second chance after being pardoned by Governor Jerry Brown on Wednesday, November 21.

In his pardon message, Brown wrote,“[Wright] has shown that since his release from custody he has lived an honest and upright life, exhibited good moral character, and conducted himself as a law-abiding citizen.”
The voter fraud scandal began after Wright registered to vote with an Inglewood address that was owned by his step-mother, when according to prosecutors, he lived in the Baldwin Hills area. Since Wright was registered to vote in the Inglewood area, he was able to run for office in that city. However, California law at the time demanded that all state lawmakers live within the districts they serve.
“Part of this episode is the whole notion that if a Black man owns multiple pieces of real estate that somehow he’s committed perjury if he is voting in one of his own pieces of real estate,” said Wright in an exclusive interview with the LA Sentinel.“Unfortunately for a jury, you say that ‘this house is nicer than that house’ but that’s not the standard and it has never been the standard. I believe now as I did then that I complied with the law.”
Although Wright was set to serve eight years, shortly after being processed and booked, he was released due to the overcrowding in the Los Angeles County jail. Since his release, Wright has completed 1,500 of community service and followed the rules of his probation. Additionally, Wright was forced to resign his seat in the state Senate and a special election was held to determine who would fill his position.
In September 2018, Gov. Brown signed Senate Bill 1250, which says that the addresses listed on the lawmakers voter registration will be considered as their residence in terms of eligibility as long as the lawmaker has lived at the location for a certain period of time.
“Since [Wright’s conviction], the Elections Code has been amended (SenateBill 1250) to further clarify that the domicile of a member of the legislature is conclusively presumed to be the address that is on his or her current affidavit of voter registration – and that the member must reside within the district they represent – but may own, rent or live at other properties outside of the district, given the unique duties which require legislators to spend significant time in the capitol,” said Senator Steven Bradford who created the measure.
Senator Bradford who is from the same district that Wright formerly represented, is “elated”that his“longtime friend and colleague” has been pardoned.
“Rod always remained committed to serving his constituency and demonstrated what it means to be an effective legislator,” said Bradford.“He had the uncanny ability to work across the aisle, get complex issues resolved, while representing the best interests of his district. Unfortunately, the only way he could be defeated was through the misinterpretation of our Elections Code statutes by over zealous prosecutors and political adversaries.”
Civil rights activist and Los Angeles Sentinel and L.A. Watts Times executive publisher, Danny J. Bakewell Sr., had this to say about the pardon of Wright:
“I am so thankful that Governor Brown granted a full pardon to Senator Rod Wright and [for prosecutors] to have indicted and convicted a man who has served this community for decades over a question of his home address is outrageous and clearly an abuse of power.  I am happy that the governor saw through this and I am even happier for Rod and his family that his name has been cleared.”
Bakewell goes on to say that Wright’s conviction was a waste of tax payer’s money and energy.
“[For them] to convict a man who has dedicated his life to public service while crimes against Black men and women go unprosecuted across this state and this nation, just goes to show how unequal the justice system is for U.S.,” he said.
After Wright’s pardon, there has been talk as to whether or not he is eligible to run for office again. In light of this conversation, the Sentinel spoke with president and founding partner of Ivie, McNeill, & Wyatt law firm, Rickey Ivie to get clarity on the matter at hand.
There are three types of clemency: reprieve, commutation, and pardon.
“A grant of clemency reduces or eliminates the punishment imposed on the defendant,” said Ivie.“Here, the only punishment remaining against Senator Wright is the bar on his running for public office. The governors’ clemency removes this bar and Senator Wright is now eligible to once again seek public office.”
Whether or not Wright will run for public office has yet to be announced. However, he has made it clear that he has a true passion for public service.
“I started in the political public affairs community change efforts almost 50 years ago. I spent time with assemblywoman Waters and Mayor Tom Bradley in both of their campaigns,” said Wright.“We provided scholarships to several young people over that 12 year period, [provided] vaccinations to several thousand kids, gave away toys, and [created] other kinds of legislation like getting the science center’s second phase completed, getting community organizations grants from the state, getting parks built in Los Angeles and some of my other cities…”
Wright goes on to say that he loves the community that he represented and will continue serving those communities.
“This whole effort did take a toll but it didn’t kill me,” he said.“It was Frederick Douglass who said what was true,‘in the struggle sometimes the only joy you get is to be able to continue to struggle.’ My life has been a struggle and it will be until I am no longer able to struggle.”
ADVERTISEMENT
ADVERTISEMENT
Categories: Local | News | Political
Tags: Danny J. Bakewell Sr | former California Senator Roderick D. Wright | Governor Jerry Brown | Kimberlee Buck | Mayor Tom Bradley | Roderick D. Wright | Roderick D. Wright pardoned | SenateBill 1250 | Senator Bradford | Senator Rod Wrigh | Senator Steven Bradford | voter fraud scandal