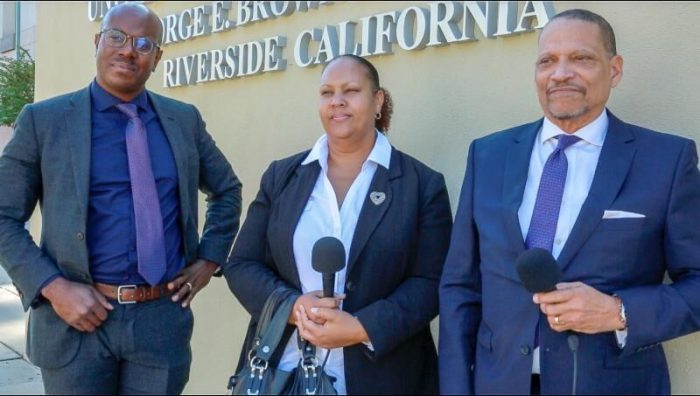 A Riverside County jury awarded a $2.5 million wrongful death verdict on Wednesday to the family of a mentally-ill AfricanAmerican man fatally shot nine times by Riverside Sheriffs on July 16, 2015. Sybil Davis, the mother of now deceased, Anthonie Smith, has further expressed her hope that law enforcement will be required to obtain adequate training on the appropriate handling of citizens with mental illness.

In a statement following the verdict, Ms. Davis expressed,”I’m very relieved that my son got justice today. It’s been three years and I’m happy that the jury found the officer’s excessive force unnecessary. I hope that this will serve as an example for families who struggle with mental illness. My son didn’t deserve to lose his life. I trusted the police, and I’m really glad the verdict ruled in our favor.”

The case centered around the use of excessive force and wrongful death in the detention of Anthonie Smith, who was having a schizophrenic episode. Deputies were notified of his mental illness, and upon locating Anthonie near the corner of Perris and Sunnymead boulevard, shot him eight times causing him to fall to the ground. A severely wounded Anthonie managed to stumble back to his feet, and after several seconds elapsed, Deputies shot him a ninth and final time.

The deceased’s mother, Sybil Davis won justice for her son against Deputy Deylan Kennedy, Sergeant Sheree Anthony, and the County of Riverside. Plaintiff attorney John Harris of Harris & Associates commented on the victory saying, “We are pleased with the jury’s verdict today of 2.5 million dollars. Justice was served on behalf of the decedent, Anthonie Smith, and his mom, Sybil Davis. We’re pleased that this three-year journey has now come to a close.”