It’s been over three years since the killing of unarmed 18-year-old Michael Brown by a Ferguson, Mo. Cop- and many such killings since then. However, none, with the exception of   Black Lives Matter’s efforts, represent sustainable outrage by Black people. Since the civil rights era, there’s not been sustained outrage to high-profile incidents, or countless other similar incidents of police abuse. At a 20-year panel commemorating the 1992 revolt in Los Angeles, which included Rodney King, was charged with addressing its causes and continuing implications. But panelists’ reflections shed little light on the underlying causes or continuing implications.

Yes, there have been efforts for change since 1992, but very few focused on Black’s specific needs and concerns.  For example, the Community Coalition’s efforts to close liquor stores, motels and improve schools were, and are, laudable. However, in terms of Black needs specifically, too little has been done in South Central Los Angeles either by the government, non-profits or private initiatives.  And schools still fail to educate Black students who still score  at the lowest achievement levels.  While LAUSD continues to report increases in achievement scores overall, Black students remain firmly stuck below all others. Similarly, despite highly touted reports by the Los Angeles Police Department of reduced crime, especially, in South Central Los Angeles, many pockets continue to experience high rates of violence, homicides and poor police-community relations.

Rebuild LA, a highly-touted non-profit founded by Mayor Tom Bradley after the 1992 revolt was a colossal failure.  Its top-down approach was unrealistic from the start and within five-years it died. And unfortunately, success stories like the Community Coalition and other efforts have not significantly offset the reality of the entrenched barriers to change in South Central Los Angeles, especially as related to Black people. Black Lives Matter, more than any other attempts, increases awareness of police abuse against Black people, especially young Black males.

Rev. Cecil “Chip” Murray was the first panelist to speak at the Urban Issues Breakfast Forum (5/25/12).  In his inimical upbeat style, Rev. Murray talked about positive change in the preceding 20 years.  He singled out the work of the Christopher Commission formed after the so-called riots, and what he called “drastic change” in the Los Angeles Police Department. Rev. Murray also said, “We must find a way to help ourselves.”

Civil rights attorney Connie Rice began with a rhetorical question, “Where are we?”  She described a riot as a demand and the 1992 riots as a demand for dignity.   Referring to a positive relationship that developed over time, she jokingly said, “It’s easier to sue LAPD than talking with them every day.”  Rice said former Chief William Bratton was the best thing to ever happen to LAPD. As to overall conditions in Los Angeles in the preceding 20 years, she said, “We (still) need to demand basic human rights.”

A Korean attorney, affiliated with the faith community, said there had been progress and praised Rev. Murray’s leadership and First AME Church’s economic development model.  She noted that not many realized Koreans’ per capita income is the lowest among Asians.  Concluding, she said, “We’re all together in the need for change and we all need each other.”

Rodney King intoned, “I’m grateful for my color and our (Black) history,” adding, Blacks, having been confined to “dirty” jobs that resulted in their being seen as “dirty people.”  He praised Black civil rights leaders and said he was convinced things will get better because greed and selfishness can be overcome.  King concluded, “We’ve got to make it better for generations to come and I intend to do my part.”

General Jeff, a Los Angeles Crenshaw High School graduate works with the homeless. He estimated there were ten times more homeless people in Los Angeles than in 1992, and most are Black.  He said he was stunned when the verdict in the LAPD officer’s “Rodney King trial” was announced because he expected a “slam dunk” guilty verdict.  He concluded, “What if Rodney King, who asked ‘Why can’t we all get along?’ had said, ‘Let’s burn it down?”  He feels there has been a lot of dialogue but no sustained outrage in South Central Los Angeles.

Linda J., the final panelist, is with Mothers’ Against Gang Violence; her daughter was killed in the cross-fire of a gang shooting.  She said her insight of the 1992 riots was deep and “Rodney King, for her, is a verb, i.e., action, because even though his background made some people uncomfortable, what happened to him motivated many people to take action.  She emphasized the need to stick together and stressed racial profiling is still a major factor in the Black community.

The 1992 revolt should always be viewed in a broader context; it was not only the culmination of built-up tensions between Korean merchants and Black and Latino residents, but also resulted from ineffective leadership, including Black leadership. And arguably, even more important, systemic neglect that ensures poor race relations.

Since the 1992 revolt, racism and weak leadership continue to overshadow positive efforts for change, especially in South Central Los Angeles. The solution: Black sustainable righteous outrage, working with others to demand equity and justice- not only in the aftermath of high-profile cases like the Los Angeles revolt and Michael Brown’s killing, but in countless similar cases where outrage and action are typically not sustainable. 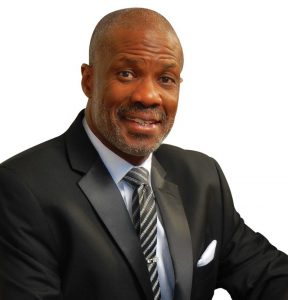 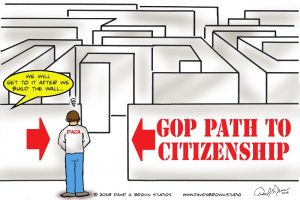 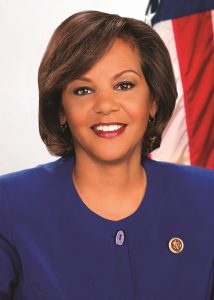 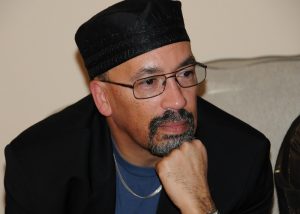 Republicans Will Ride with Trump Forever