Michelle Alexander’s seminal effort, “The New Jim Crow: Mass Incarceration in the Age of Colorblindness,” (2010) captured the nation’s attention.  Continuing media coverage and public discourse beyond prison walls, particularly in the Black community, attested to the book’s wide appeal and Alexander is hailed, like no other, for illuminating the devastating impact of mass incarceration. The book has become a primer for better understanding and challenging mass incarceration as The New Jim Crow. But, will the alluring appeal be sustainable and help bring about desperately needed systemic change?

Weekly meetings with ex-gang members and ex-felons, now peace-making violence interventionists, sharpened my knowledge and disdain for the Prison Industrial Complex. It is a massive, non-inmate- centered entanglement that exacerbates rather than alleviates criminal behavior.  To further emphasize the danger and complexity of mass incarceration, today’s column revisits previous ones.

Alexander presents a penetrating analysis of the implications of mass incarceration,    arguing America’s prison industrial complex is the New Jim Crow because it institutionalizes segregation as the nation’s proven method of control.  Her book also provides a framework for grappling with the far-reaching economic and political implications of mass incarceration.  She also contends that imprisonment, the principal method of social policy directed mostly to poor, uneducated Black men, frequently reflects race-biased public policies that extend well beyond prison walls.

The following are excerpts from the book. It is a provocative conceptualization of racialized imprisonment that Blacks, especially, experience often but appear reluctant or unable to challenge.  Hopefully, Michelle Alexander’s perspective and analysis has, at somewhat,  opened the nation’s eyes by generating broad conversation on the implications of today’s prison industry.

Mass incarceration in the U.S. is a comprehensive and well-disguised system of racialized social control.  Alexander distinguishes between “dismantle” and “reform,” arguing the latter is essentially ineffective. Mass incarceration operates through criminal justice systems, but functions more like a caste system than one of crime control.  The book is intended to stimulate conversation leading to greater protest of the role of the criminal justice system in creating and perpetuating a racial hierarchy, i.e., a caste system in the U.S.  (“Caste” denotes a stigmatized racial group locked into an inferior status. Racial caste systems do not require racial hostility or overt bigotry to thrive, they need only racial indifference.)

Alexander insists the notion that the New Jim Crow can ever be dismantled through traditional litigation and policy reform strategies that are wholly disconnected from a major social movement is fundamentally misguided.  Such a movement is impossible if those most committed to abolishing racial hierarchy continue to behave as if a state-sponsored racial caste system no longer exists.

In each generation, new tactics have been used for achieving the same goals as the founding fathers’ denying African American citizenship which was deemed essential to the formation of the original union. Hundreds of years later, America is still not an egalitarian democracy.  The arguments and rationalizations that abound in support of racial exclusion and discrimination have changed and evolved, but the outcome is largely the same.  An extraordinary percentage of Black men in the United States are barred from voting today, just as they have been through most of American history.  They are also subject to legalized discrimination in employment, housing, education and public benefits.   What has changed since the collapse of Jim Crow has less to do with the basic structure of our society than with the language used to justify it.

In an era of so-called colorblindness, it is no longer socially permissible to use race explicitly as a justification for discrimination, exclusion and social contempt.   Rather, we use our criminal justice system to label Blacks and other people of color as “criminals” and then engage in all the practices we supposedly left behind.  Today, it is perfectly legal to discriminate against criminals in nearly all the ways that it was once legal to discriminate against African Americans.  Once you are labeled a felon, the old forms of discrimination are suddenly legal.  We have not ended racial caste in America, it has merely been redesigned.

Michelle Alexander reached the conclusions presented in her book reluctantly.  Ten years before, she says she would have argued strenuously against the book’s central claim—that something akin to a racial caste system currently exists in the United States.  And, had Barack Obama been elected president then, she would have argued his election marked the nation’s triumph over racial caste, the final nail in Jim Crow’s coffin.

Later, as an experienced civil rights lawyer, she came to suspect she was wrong about the criminal justice system; it was not just another institution infected with racial bias, but “an entirely different beast.”  No one imagined the prison population would more than quadruple in their lifetime, and despite the unprecedented levels of incarceration in the African American community, the civil rights community and Blacks themselves are oddly quiet.  One in three young Black men is currently under the control of the criminal justice system—in prison, in jail, on probation or parole. Yet, mass incarceration is categorized as a criminal justice issue, not a racial justice issue.

The enormous implications of The New Jim Crow and mass incarceration require a different social consensus be forged about race and its role in defining the basic structure of American society. Making this happen requires transformative thinking, commitment and public policy. Are we up to the task? 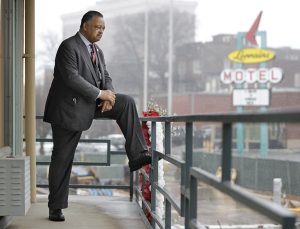 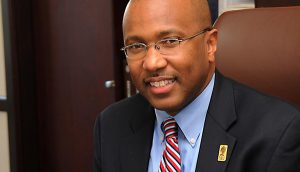 CIVIL AND HUMAN RIGHTS CLOSE BUT NOT THE SAME 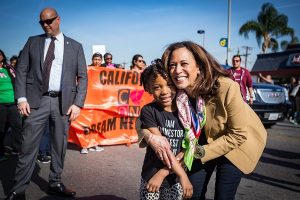 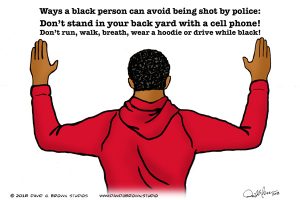 Ways a Black Person Can Avoid Being Shot by Police