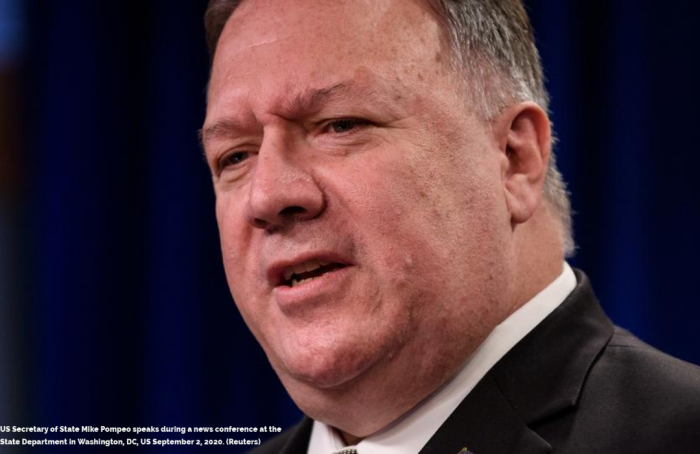 Rev. Jesse L. Jackson, Sr. condemned the approved plan to stop US Foreign Aid to Ethiopia and called on Congress to Intervene.

News reports that U.S. Secretary of State Mike Pompeo has approved a plan to stop $100 million in U.S. foreign aid to Ethiopia, because of the country’s ongoing dispute with Egypt and Sudan over the Grand Ethiopia Renaissance Dam (GERD), finally confirmed what we all knew from the beginning, that the U.S. has never been an impartial mediator in this conflict and instead fully supportive of Egypt.

With this action, the Trump administration, under the leadership of Treasury Secretary Steven Mnuchin (not the State Department), has fulfilled the request made last year by President Abdel Fattah el-Sisi of Egypt, in essence, urging President Trump to assist them. This is unfortunate and unjust, and the U.S. Congress must intervene, investigate and fully restore aid to Ethiopia.

Cross boundary water-sharing agreements are thorny issues that are not easily sorted out. It takes good faith and cooperation from all sides to eek out a win-win solution. The conflict between Ethiopia, Egypt and Sudan has been exacerbated by external interventions, especially the U.S. government.

This is a conflict mainly between two founding members of the African Union (AU), Ethiopia and Egypt. The AU has a Peace and Security Council that serves as “the standing decision-making organ of the AU for the prevention, management and resolution of conflicts and is the key pillar of the African Peace and Security Architecture that is the framework for promoting peace, security and stability in Africa.” This U.S. action is aimed at undermining the ongoing negotiations under the leadership of President Cyril Ramaphosa of South Africa and the current AU Chairperson.

To top it off, in a tweet a few months ago, the World Bank President David R. Malpass let it be known that he has spoken “with Ethiopian PM @AbiyAhmedAli on recent @WorldBank financing approvals important to unifying Ethiopia and its neighbor’s ability to sustain constructive dialogue + cooperation on water sharing.” To my knowledge, no statement was issued to tie the World Bank’s financial support to Egypt with its cooperation (or lack thereof) on water sharing with Ethiopia.

Ethiopia is a reliable and very stable democratic ally of the U.S. on many vital fronts and should be treated with respect and dignity.

History will judge the U.S. government and the World Bank’s unjust intervention to deny 110 million Ethiopians an “equitable and reasonable” share of the Nile River for their development needs. This is nothing short of condemning a black African nation and her population to abject and perpetual poverty. No one should condemn Egypt to suffer unduly, considering that 97 percent of its population depends on the Nile River. Justice requires treating both nations and their over 200 million people fairly with justice the result on both sides.

His answer was as revealing as it is saddening. “The nation rides on the shoulders and backs of women. From cradle to grave, women carry Ethiopia on their back, literally. Girls are condemned to fetching water from miles away rather than going to school. Their mothers travel just as far and spend just as much time collecting firewood.”

Ethiopia, one of the poorest black African nations, is standing alone against the mighty forces of the U.S. and the World Bank. Befitting of its history, Ethiopia remains unflinching with its indomitable sovereignty and unwavering spirit with its trust in what its people call “Ethiopia’s God.”

The World Bank’s professed dream is “A World Free of Poverty.” It behooves me to ask if Ethiopia, too, is in the Bank’s dream. The World Bank board of directors need to explain to over 50 million girls and women in Ethiopia why the World Bank stands against their economic emancipation.

As to the US government, I call upon the US Congress: (1) to fully restore the funding for Ethiopia; and (2) to investigate and demand information regarding the justification for halting aid to Ethiopia from both the State Department and Treasury Department.