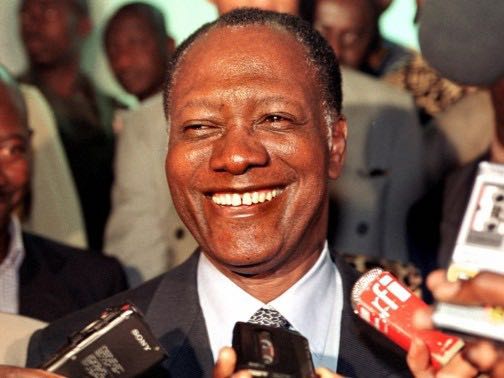 In a recent interview with a French magazine, Ivory Coast President Alassane Ouattara revealed his vision of two more terms in office despite having repeatedly said he would step down at the end of his second term in 2020.

The news throws cold water on the plans of the opposition and even members of Ouattara’s own coalition who had been lining up to run for the powerful job.

But it’s hardly a surprising move in Africa which is home to many of the world’s longest-ruling heads of state.  A phenomenon which had its start under colonialism has taken a life of its own. The trend of entrenched leadership can be seen across the continent, feeding corruption, instability, societal fractures and economic stagnation.

Should the President throw his hat in the ring for two more terms, he would be joining the list of leaders in Rwanda, the Congo, Equatorial Guinea, the Cameroon, among others which have bent the rules to keep their jobs.

“The new constitution authorizes me to serve two terms starting in 2020,” Ouattara, 76, told Jeune Afrique. “I will only make a definitive decision (in that year), based on the situation in Ivory Coast. Stability and peace come before all else, including my principles,” he said.

Presidential elections in Ivory Coast, the world’s biggest cocoa grower, have often fueled tension since the death of the first post-independence ruler Felix Houphouet-Boigny in 1993 and two out of four votes have turned violent.

In 2010, ex-President Laurent Gbagbo refused to acknowledge he’d lost the election to Ouattara, triggering six months of fighting that resulted in more than 3,000 deaths.

Prospective candidates for the presidency were already preparing for the 2020 race when news of the President extending his mandate was heard. Leader of the opposition George Armand Ouegnin was furious. “The idea of a third term is “anti-constitutional, unacceptable and unattainable,” he said. The Together for Democracy and Sovereignty coalition called it “pure provocation of the Ivorian people.”

Ouattara has a mixed record as leader of the West African nation touted for a “phenomenal growth rate of 8.5% in 2016 and 8.3% in 2017.” The only problem is, notes the French Agency for Development, is that this growth is not inclusive. Its benefits are slow in changing the daily lives of a majority of the population, despite the growth of middle classes.”