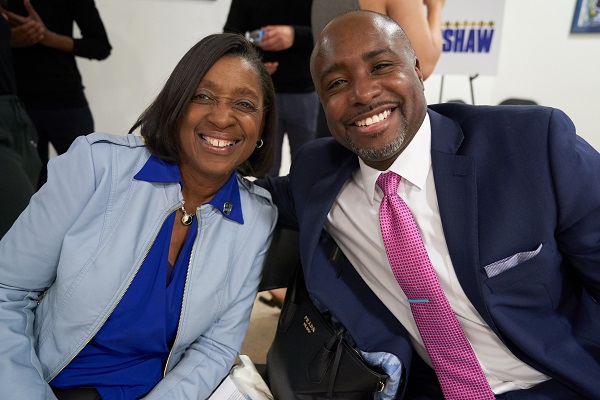 More than 300 Crenshaw residents and Black Angelenos crowded into the Museum of African-American Art recently to shape new plans for a community-driven, open-air art museum to be built on Crenshaw Boulevard, to be called Destination Crenshaw.

Like projects in other iconic LA neighborhoods such as Chinatown, Little Tokyo, and Boyle Heights, Destination Crenshaw will physically tell the story of Black Los Angeles and formally recognize Crenshaw as the heart of Black LA. It will run between 48th Street and 60th Street along the new Crenshaw/LAX Line. “Destination Crenshaw is about celebrating all that is, has been, and will be Black Los Angeles,” said Councilmember Harris-Dawson who represents Los Angeles’ Eighth Council District.

Destination Crenshaw was born out of the struggle to oppose the construction of the LAX/Crenshaw Line at-grade, instead of underground, to save money despite community concern. Harris-Dawson noted that Crenshaw Boulevard will be the only main thoroughfare in the city where the train will run at-grade through a community. “This is unheard of in the city but we’re doing what our community has always done, we’re turning insult into opportunity,” said Councilmember Marqueece Harris-Dawson. 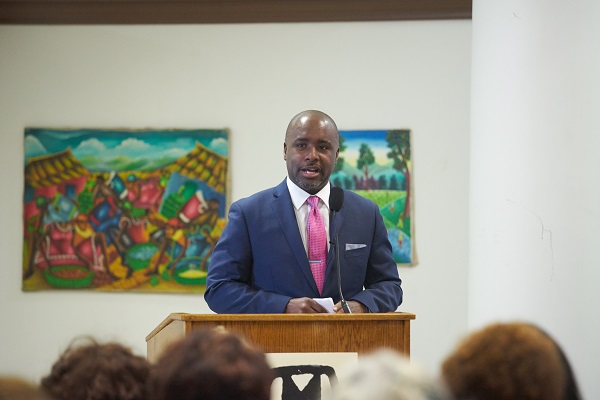 A small group of residents started hatching a plan to take an advantage of that opportunity to make a significant investment on Crenshaw Boulevard. Berlinda Fontenot-Jamerson, President of the African-American Art Museum and Chair of the Destination Crenshaw Advisory Council, was one of those community members. “We’ve done a lot, we’ve contributed a lot to the city and we see this as an opportunity to celebrate our past and build something for our children and grandchildren to celebrate all that they will contribute to this community and the world.”

Zena Howard, a Principal Architect at Perkins+Will, an internationally-renowned architecture firm that specializes in African-American cultural institutions was on hand to meet community members. “I’m so excited to be able to partner with this community, to learn about its history and bring to life something that represents that history in a meaningful way,” said Howard. She will lead the design, curation, and construction of the museum. Howard is responsible for the newly built National Museum of African-American History and Culture in Washington D.C., and is one of some 400 licensed Black women architects, making up .3% of all architects in the country. 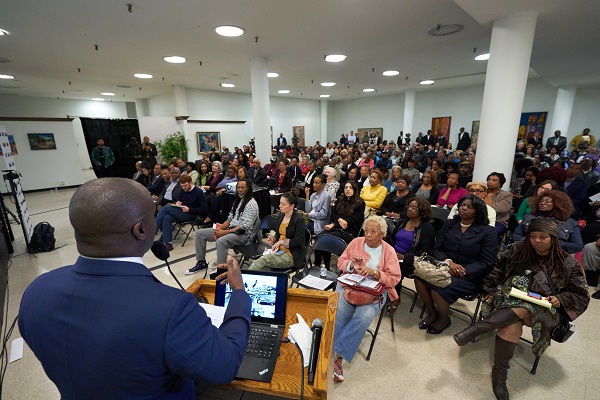 Community members have bought in to the idea of a physical place to celebrate Black LA. “This is an opportunity to say to the world, as they enter Los Angeles from LAX or come by for a visit, we are here and we’ve been here, come see what we’re all about,” said Kahllid Al-Alim, a long-time resident of District Eight and Chair of Park Mesa Heights Community Council. “I can’t wait for my neighbors and the young people to get involved.” 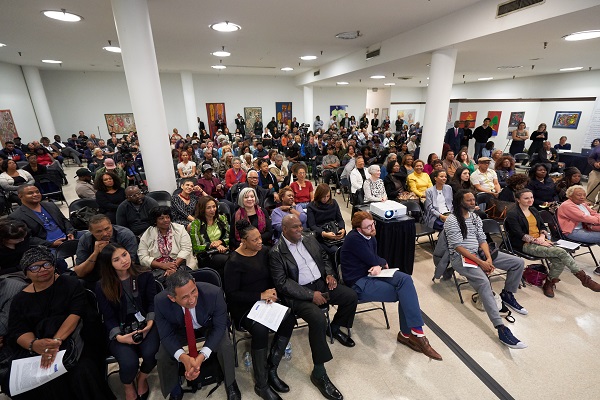 Destination Crenshaw is slated to open in October 2019, coinciding with the opening of the Crenshaw/LAX Line. Councilmember Harris-Dawson is encouraging residents to visit destinationcrenshaw.la to participate in a survey and learn more about the project.