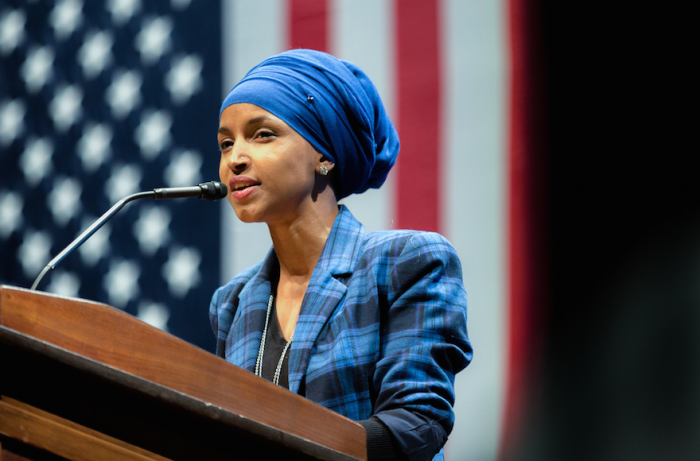 “The United States should be a leader in promoting justice and rule of law around the world. But with this decision, the Administration is actively undermining accountability for some of the most heinous and egregious crimes in the world—including rape, torture, and genocide,” Rep. Ilhan Omar said. “The staff of the ICC have dedicated their lives to upholding justice and human rights. They should be able to do their jobs with support, not interference.”

“The International Criminal Court exists because far too often, countries are unable or unwilling to punish authorities responsible for terrible crimes like massacres, torture and forced disappearance,” Rep. Jim McGovern said. “This ideologically-driven attack on the ICC is a gift to perpetrators while robbing victims – like the people of Sudan – of their hopes for justice. The United States should assert its global leadership in promoting the rule of law and collaborate and cooperate with the ICC, not attempt to subvert it.  The Administration’s policy should be reversed.”

“In the fight for justice and accountability across the globe, we cannot allow efforts to be undermined,” Rep. Rashida Tlaib said. “The ICC plays a critical role in the fight for justice and the Administration’s restrictions of visas of ICC personnel puts the U.S. on the wrong side of justice. I urge the administration to reverse these restrictions and sanctions on the ICC staff.”

You can view the full letter below and here:

We write to express our serious concern regarding your March 15th announcement that the Administration would enact U.S. visa restrictions on certain staff of the International Criminal Court (ICC) and is prepared to take additional steps, including economic sanctions, “if the ICC does not change its course.” According to news reports, that announcement was followed by the deeply unfortunate decision to revoke the visa of Fatou Bensouda, the chief ICC prosecutor.

The United States has a long and proud history of supporting mechanisms of international justice and the rule of law, beginning with the Nuremberg Trials and including, as mentioned in the March 15th announcement, the International Criminal Tribunals for Rwanda and for the Former Yugoslavia.

In line with that history, and with some of our most cherished values, it is absolutely essential that we strongly support the work of the ICC. The Court is a critically important institution in the global fight against impunity for war crimes, crimes against humanity, and genocide. It is a mechanism by which some of our most important American values – including the rule of law, the right to redress, and the principle that no one is above the law – can be put into practice.

Support for the ICC is consistent with not only our values, but also our national interests, as demonstrated by the cases brought by the court’s prosecutor against defendants associated with al-Qaeda in the Maghreb. In the past, under multiple, bipartisan Administrations, the U.S. has recognized this alignment of interests by supporting the ICC’s efforts to bring to justice the perpetrators of genocide in Darfur (Bush Administration) and the perpetrators of war crimes and crimes against humanity in Libya (Obama Administration).

We are concerned that the Administration’s new policy of stigmatizing and punishing ICC staff, who have dedicated their lives and careers to upholding justice and human rights and are simply doing their jobs, puts the United States squarely on the side of the perpetrators who have committed some of the most heinous and egregious crimes in the world.  Rather than demonstrating our clear commitment to justice and accountability, this policy aligns the United States with the likes of Joseph Kony, Omar al-Bashir, and Saif al-Islam Qaddafi.

We are equally concerned that the Administration seeks to apply its policy to ICC staff involved in investigations characterized as taking place “without allies’ consent.” The ICC is a court of last resort that can only open investigations in countries that are states party to the Rome Statute, or where a state, even if it has not joined the treaty, gives the court jurisdiction, or by resolution of the UN Security Council, and, in all cases, only if national authorities themselves fail to investigate and prosecute. We greatly value and strongly support America’s alliances around the world, but a country’s status as an ally must not preclude accountability for atrocities or grave human rights abuses committed by its authorities.

In your March 15th announcement you stated that the new policy has been put in place out of concern that American personnel could be unjustly or illegitimately targeted for prosecution and sentencing if the ICC were to initiate an investigation into alleged crimes occurring in Afghanistan, where allegations include the deaths of thousands of civilians at the hands of the Taliban, as well as instances of detainee abuse by Afghanistan national forces and United States personnel.. However, on April 12, the ICC judges found that there were grounds to investigate and that there were no relevant national investigations but declined to authorize the inquiry for several reasons, including that, in their view, a lack of cooperation by Afghan and other authorities could impede successful prosecutions. But because the ICC is a court of last resort, if the U.S. has undertaken a genuine investigation of the relevant incidents, held those responsible accountable as appropriate, and made appropriate reparations, it should have had no concerns about an ICC investigation.

There are more than 120 states party to the Rome Statute of the International Criminal Court. The Administration’s new policy appears to seek to undermine the efforts and commitments of all of the countries that have consented to ICC jurisdiction.  The policy could disrupt the ability of the ICC to do its work – including the Prosecutor’s preliminary examination of allegations of the use of excessive force and torture in Venezuela. Six U.S. allies in the Americas have formally requested the International Criminal Court Prosecutor to investigate the situation in Venezuela.

Many of our closest allies have already expressed their regret and concern over the Administration’s new policy. Although you have not specified how many ICC staff will be unable to enter the United States, it is likely that some of them will be nationals of allied countries. This will provoke unnecessary and counterproductive tensions with countries whose friendship we rely on.

A crucial part of the post-World War II order has been the growth of international justice mechanisms. While the ICC is not a perfect institution, it is a key mechanism for achieving justice for mass atrocities, an objective that is in line with both U.S. interests and U.S. values. We betray our historical leadership in promoting justice and rule of law around the world by actively punishing the people at the ICC who are working tirelessly to ensure accountability for those responsible for atrocities.

Given that the ICC judges have now declined the Chief Prosecutor’s request to open  an investigation into possible war crimes and crimes against humanity committed in Afghanistan, we request that you provide us with the following information no more than 60 days after receipt of this letter: 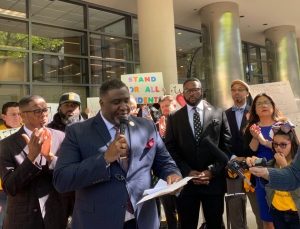 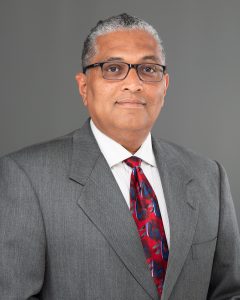 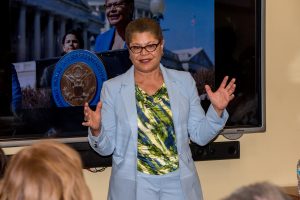 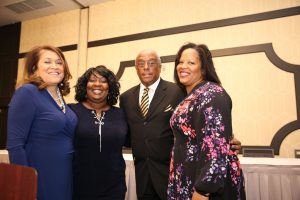