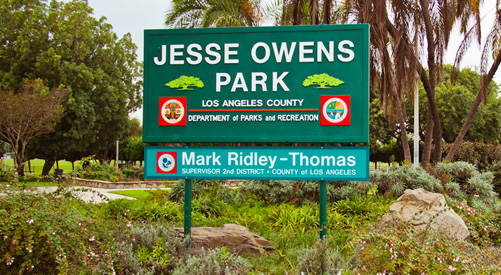 Residents of Los Angeles County communities with limited park space might be more prone to health problems including heart disease, strokes, diabetes and childhood obesity, according to a report released last week by the Los Angeles County Public Health Department.

According to the report, dubbed “Parks and Public Health in Los Angeles County: A Cities and Communities Report,” L.A. County is considered “park poor” in comparison to other regions in the country. The county has a higher rate of the aforementioned health problems — as well as financial issues — than comparable regions with more parks.

“From a public health perspective, access to parks and green space is a prescription for families to have opportunities to be outdoors, get active and engage with their fellow community members,” said Dr. Jeffrey Gunzenhauser, the county’s interim health officer. Gunzenhauser said increased physical activity has “profound health benefits, particularly in preventing heart disease, stroke, diabetes and even some types of cancer.”

The report also touched on the demographic implications of the issue, finding that black and Hispanic residents of L.A. County are statistically less likely to live in communities with park space than those inhabited by Asian and white county natives.

Authorities said in the report that more resources devoted toward expanding parks could help considerably in narrowing the gap, in terms of health issues and more. Other positive benefits of parks include less violence and a venue for community-geared activities relating to health, nutrition and social services.

Dr. Paul Simon, the department’s chief science officer, stressed that “every Los Angeles County resident, regardless of their ZIP code, should be able to realize the many potential health benefits afforded by living near a park and having access to public recreational programs.”