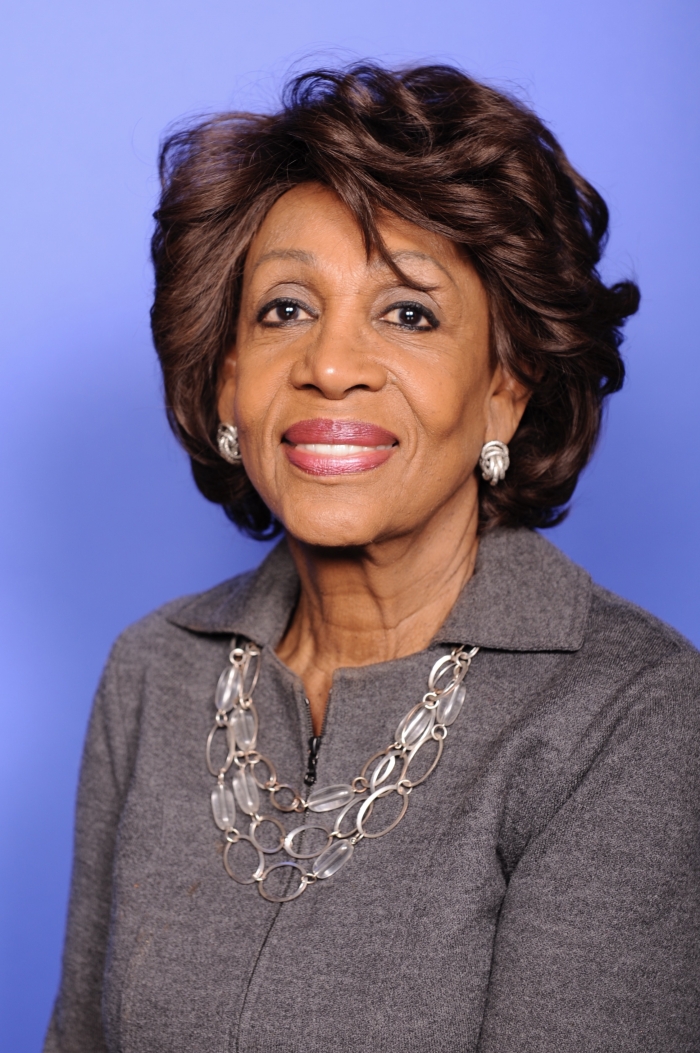 Congresswoman Maxine Waters (CA-43) issued a statement on the murder of George Floyd of Minneapolis, MN. George Floyd was an unarmed African American man who died in police custody after Minneapolis police officers forced him to the ground and one officer pinned his knee on George Floyd’s neck for five minutes. Floyd was recorded on video pleading for help and repeatedly telling the police “I cannot breathe” to no avail. Her statement follows:

“George Floyd is yet another unarmed African American man who has been killed at the hands of the police. George Floyd’s murder is a painful and tragic indication that we have, in fact, entered into an era where some law enforcement officers, white supremacists, and other radical extremists are feeling empowered to target, brutalize, and kill unarmed African Americans with impunity. I extend my sincere condolences to George Floyd’s family, friends, and loved ones during this incredibly difficult time.

“As our community reflects on the actions by police officers that led to George Floyd’s death, we cannot help but be reminded of Eric Garner, another unarmed Black man who, like George Floyd, cried out ‘I can’t breathe’ but was ignored by New York City police offices and died as a result of their negligence and excessive use of force. We think of Michael Brown, Tamir Rice, Philando Castile, Botham Jean, Atatiana Jefferson, Breonna Taylor, and countless other African Americans who have been killed at the hands of officers who swore an oath to protect and serve their communities. 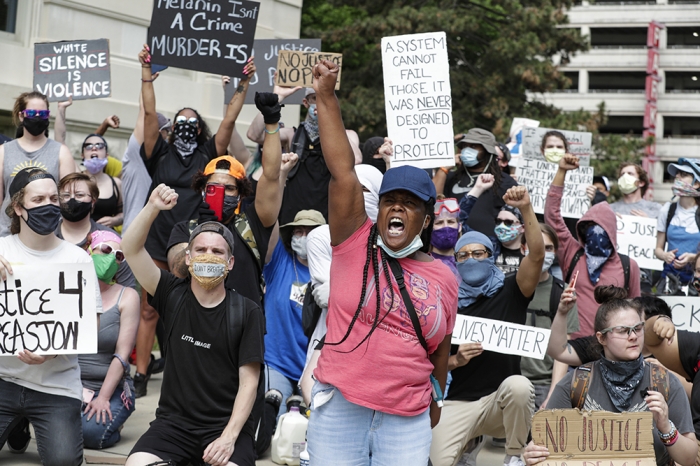 A women leads a chant as protesters took a knee at the Indiana Statehouse in Indianapolis, Monday, June 1, 2020 over the death of George Floyd, a black man who was in police custody in Minneapolis. Floyd died after being restrained by Minneapolis police officers on Memorial Day. (AP Photo/Michael Conroy)

“I am grateful to those who captured video footage of the inhumane and unconscionable treatment that George Floyd was subjected to by law enforcement officers. Just as we have witnessed with the murder of Ahmaud Arbery by armed white vigilantes who were not arrested until video footage was released publicly, were it not for the video footage of George Floyd being pinned to the ground by the knee of a police officer for five minutes, the swift action by the City of Minneapolis to remove the four officers from the police department may not have occurred.

“While I am pleased with the firing of the officers involved in this incident, George Floyd’s death must be properly investigated by an independent counsel, and all who were involved must be prosecuted to the fullest extent of the law. Such injustice at the hands of the police must not be tolerated. Unfortunately, African Americans cannot trust the current U.S. attorney general or the current president of the United States to provide leadership and use the power of their offices to confront the racial bias, targeting, and use of excessive force by police officers across the country. In the absence of leadership from our nation’s highest office, I will be in contact with the nation’s leading civil rights organizations and criminal justice reform advocacy groups as we unite and confront this epidemic of violence head on, and with one strong voice.”