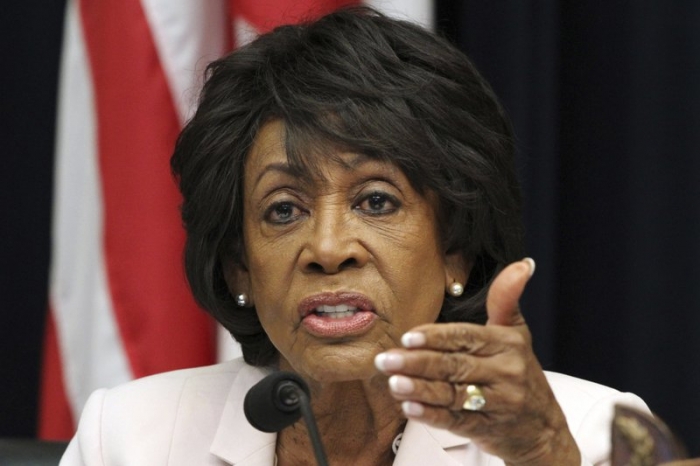 Congresswoman Maxine Waters (CA-43), Chairwoman of the House Committee on Financial Services, delivered a floor speech on H.Res 660, which directs the six investigative committees to continue their ongoing investigations as part of the existing House inquiry into whether sufficient grounds exist for the House to exercise its Constitutional power to impeach Donald Trump. The resolution will ensure transparency, enable effective public hearings, and provide due process protections. H. Res. 660 passed the House by a vote of 232-196.

A video of her speech can be found here. The text follows:

I rise in support of H. Res. 660, and the process set forth within it by which the impeachment inquiry will continue to be conducted.

To be clear, contrary to what desperate Republicans have claimed, the Constitution imposes no requirement that a procedural resolution such as H. Res. 660 be voted upon by the House. Claiming otherwise is but a fabrication meant to distract from the mountain of growing evidence that demonstrates this president abused his power for personal benefit.

However, while not necessary this resolution provides for impartial procedures, similar to those used during past impeachments proceedings. Because Republicans requested a formal procedural vote, I expect nothing less than their full support for H. Res. 660. Anything less would be shameful.

As Chairwoman of the Financial Services Committee, we have been conducting credible investigations into the conduct of this administration, and this work will continue in the manner outlined by H. Res. 660.

I look forward to Democrats and Republicans alike prioritizing country over party, as we swore an oath to do, by voting in favor of H. Res. 660.