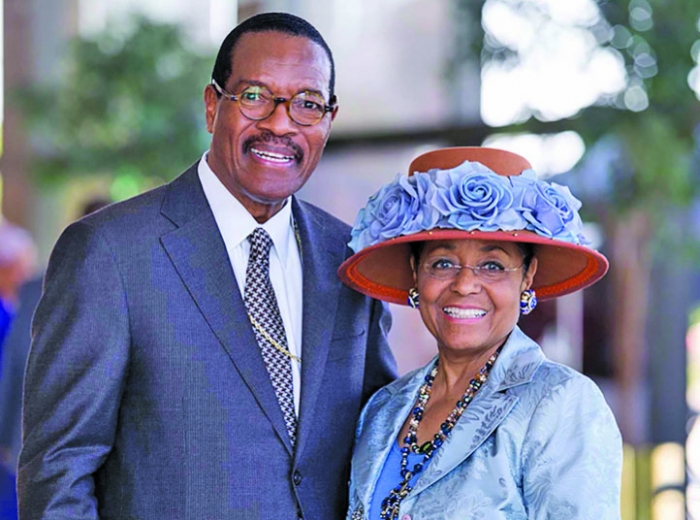 Most people will agree that Presiding Bishop Emeritus Charles E. Blake, Sr. is the epitome of a faith leader. That description is highly accurate.

As the senior pastor of West Angeles Church of God in Christ, Blake has shepherded tens of thousands of members for more than five decades. Not only has he ministered to the spiritual growth of his congregation, but he also addressed the physical needs of his community by implementing scores of social-economic programs to aid residents with home ownership, affordable housing, business development, financial counseling, and many other enterprises.

Also, under the leadership of Bishop Blake, West Angeles Church is one of the largest real estate owners in the Crenshaw corridor.  In fact, he spearheaded the transformation of the Crenshaw corridor by constructing the 5,000-seat West Angeles Cathedral, which opened in 2001. The stunning edifice was built from steel, granite, travertine marble, multi-colored tile mosaics and stained glass. First Lady Mae Blake designed the building’s interior. 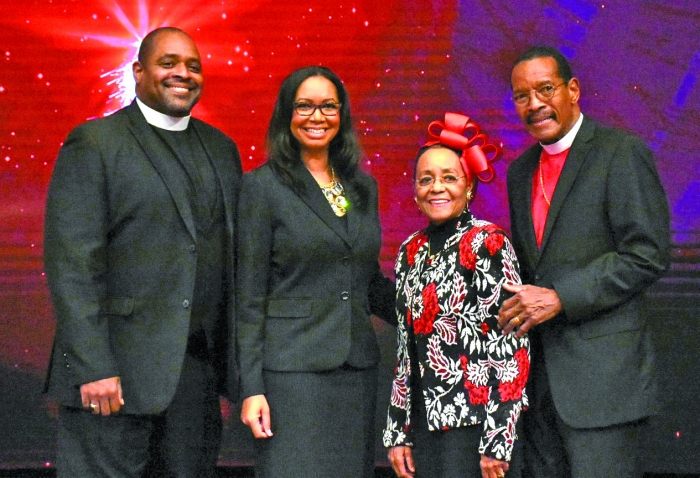 While Los Angeles claims him as a leading pastor in the city, his sphere of influence extends around the world as ecumenical leaders, heads of state, and corporate executives constantly seek his advice, involvement, and counsel on a range of issues.

His popularity has steadily increased even as Bishop Blake approaches his 82nd birthday on August 5. In addition, Blake and West Angeles continue to be a beacon of light in South Los Angeles. To salute Bishop Blake and this significant milestone in his life, the Sentinel looks back on some of his notable accomplishments covered by this newspaper.

From 2007 to 2021, Blake was elected four times as the presiding bishop and chief apostle of the Church of God In Christ denomination, which boasts over 6.5 million members and has congregations in 63 countries around the world.

During his last re-election in 2016, he remarked, “I am humbled and overjoyed that God has allowed me to continue my service as the Presiding Bishop of the Church of God in Christ…a body of holy men and women whose mission is to seek and save that which is lost. 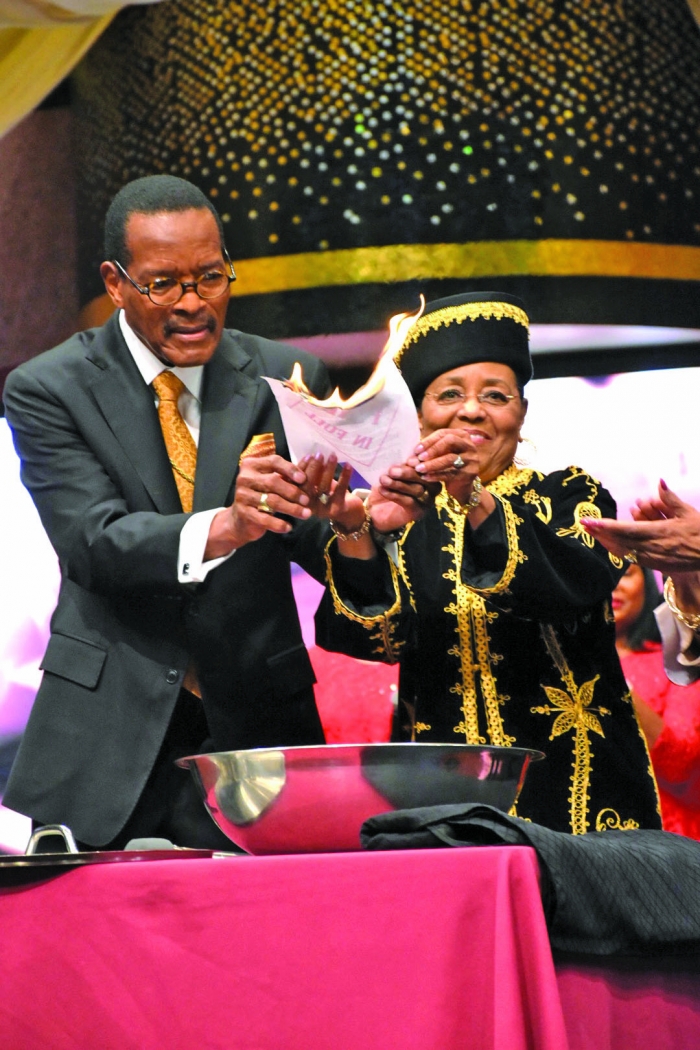 “I count it a blessing to serve the members of the COGIC and my Lord and Savior with integrity, righteousness and a daily commitment to do the will of God.”

In 2009, Bishop Blake was appointed by President Barack Obama to the Inaugural Advisory Council of the Office of Faith-based and Neighborhood Partnerships where he served for one year. He was also chosen as one of four individuals to address the Democratic National Convention’s first Ecumenical Service.

Former President Bill Clinton worshipped at West Angeles COGIC in 2016 and commended the church’s economic development efforts, which includes the development of more than 500 units of housing and commercial property in South Los Angeles. 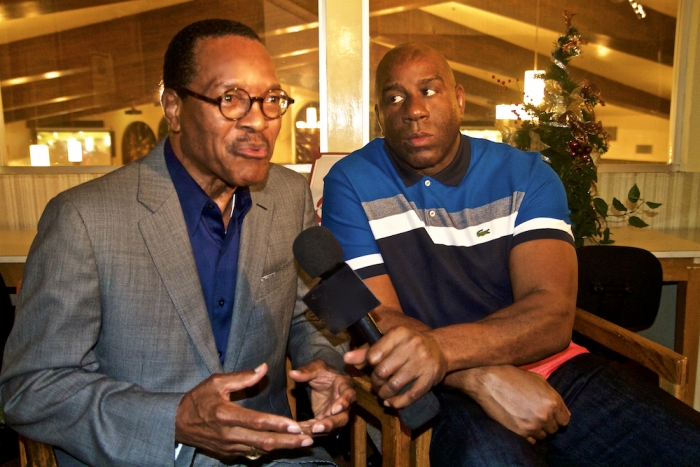 Clinton receiving a standing ovation as he addressed the packed church, saying  ”I was in West Angeles before you had such fancy digs. I have noticed that you did not just move into your fancy digs, you also helped to develop the whole area. Something you should be very proud of.

“If we did what you’ve done here…everywhere in America, could we reduce inequality? I believe we could,” said the president.

In response, Blake said, “It would be tremendous if West Angeles’ CDC and COGIC’s Urban Initiatives could be implemented in communities around our nation. Helping our community, our ‘brother in need’, the ‘widows and the orphans’ is not political, its scriptural. We will continue to do the work of the Lord at West Angeles Church of God in Christ.” 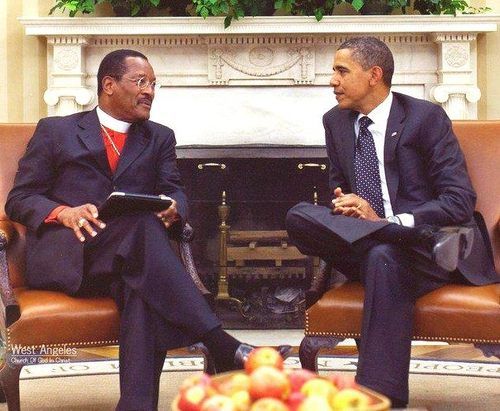 “This initiative was birthed out of a deep concern about poor academic achievement, financial disenfranchisement, high unemployment, soaring crime levels, the desperate state of the African-American male and the breakdown of the family unit that plagues our cities, small and large, urban and rural,” explained Blake. 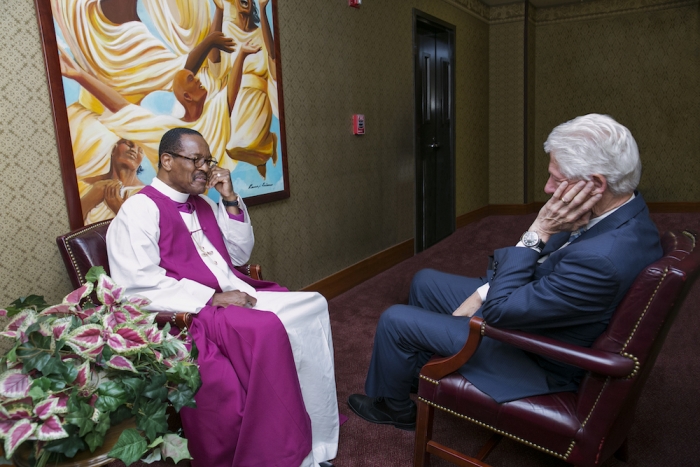 Describing the initiative as another step towards community improvement, Johnson said, “The face of our community changed when Bishop built the church (West Angeles Cathedral).  I think people’s minds were changed, so now we have products and services and goods that we never had before in our community.”

A 30-year member of West Angeles COGIC, the Hall of Famer added, “This is what it’s all about.  We’ve got to continue to take striving steps to make our community better.”

Highlighting Johnson’s community development effort, the bishop noted, “His businesses that he manages here in Los Angeles and the economic opportunities he provides are ‘in the hood,’ or ‘near the hood.’  So I’m very proud of him and his efforts to improve and enhance the community.”

“I’m excited about the more than 200 volunteers who have joined with us. We had more than 50 cars in the first hour of our acceptance of goods and food materials for Houston and many individuals are giving cash donations, too,” said Blake, who explained that West Angeles is one of 20 COGIC regional collection centers across the nation.

The donated items were loaded into semi-trucks and transported to Houston where residents affected by the disaster received the donations and other assistance.  Earvin “Magic” Johnson worked with UPS, who agreed to provide the vehicles free of charge.

“We assure you that we are reaching out to the impacted individuals who need our help.  This money is not going to go into private hands or some unknown place.  It’s going to be used and I think the uniqueness of this effort is that it is direct from person-to-person, from church-to-person, from organization-to-individual,” insisted Blake during the outreach event.

Charles R. Drew University of Medicine and Science (CDU) signed a Memorandum of Understanding (MOU) with West Angeles Church of God in Christ (COGIC) on September 11, 2018 as part of the university’s continuing efforts to increase enrollment, especially through local community pipelines.

The MOU will solidify the mutual commitment between CDU and West Angeles COGIC to work together to create more pathways to health professions education in medically under-resourced neighborhoods throughout South Los Angeles.

“The agreement will solidify CDU’s commitment to educating West Angeles parishioners on careers in medicine and health, establishing scholarship initiatives for West Angeles parishioners that enroll at CDU and conducting workshops on federal and state financial aid eligibility requirements. In return, West Angeles leadership will promote and recommend CDU pipeline and college programs to the congregation,” said Blake.

West Angeles Church of God in Christ (WACOGIC) closed a deal Oct. 2, 2019 to sell some of its properties with the guarantee that future uses will improve, beautify and revitalize the Crenshaw Corridor. The arrangement also enables WACOGIC to build its Family Life Center, pay off the mortgage on the WACOGIC Cathedral, and establish a financial reserve.

Bishop Charles E. Blake led a team of experts to review and negotiate the numerous unsolicited offers for the sold properties, which include the administrative offices, the church annex and theater. The new development uses will attract, employ and engage the greater South Los Angeles community.

“We know of the tremendous value our property holds, not just financially but its importance to our community. We count it a blessing to have our properties developed in a manner that will beautify the Crenshaw Corridor and provide resources and opportunities to the community,” said Blake.

Construction of the Family Life Center, located behind the Cathedral on Exposition and Crenshaw Boulevards, is currently underway and has created scores of jobs for the local community.  The structure, which is more than 50% done, has an estimated completion date of June 2023.

Jubilation filled the air as Bishop Charles and First Lady Mae Blake simultaneously celebrated their 51st pastoral anniversary and burned the $65 million mortgage on the properties.

The joyous observance, attended by thousands of members of West Angeles Church of God in Christ along with several special guests, was held on Jan. 12, 2020.

In addition to the Blakes’ leadership, several thousand of West Angeles members and friends participated in the mammoth efforts involved in these accomplishments. Blake said, “I want to genuinely thank all who sacrificed to bring this extraordinary vision to pass.”

Culminating a joint collaboration between Bishop Charles E. Blake, Jurisdictional Bishop Joe Louis Ealy, and the West Angeles Board of Directors, Bishop Blake announced the elevation of his son, Elder Charles Blake II, as co-pastor of the mega-ministry in 2021.

Co-Pastor Charles Blake II is a graduate of Oral Roberts University. He received his Master of Divinity degree from the Interdenominational Theological Center in Atlanta, which is also the alma mater of Bishop Blake.

The bishop said that Elder Charles’ appointment will play a critical role in helping to guide the future of West Angeles in the 21st century as the church completes several monumental projects including its Family Life Center.

“Elder Charles has greatly contributed to the success of West Angeles by working in senior executive and administrative positions for nearly 20 years.  His keen intellect and business acumen are only overshadowed by his deep love of Christ and His people,” said Bishop Blake.

“We are blessed that he is willing to assume added responsibilities in directing the growth and management of our great church and I believe God, as well as the congregation, will be highly pleased with the multitude of gifts and talents that Elder Charles will bring as the co-pastor.”

Elder Charles is married to Lady DeAndra Blake. They are the parents of two sons, Charles III and Julian.

Reflecting on the godly example that his parents set, Elder Charles said, “Bishop and Lady Mae are not only gifts to our family and the church, but also to the entire world. His legacy has little to do with attaining a large edifice and membership. He has stated that if you meet the needs of God’s people, they will come to your church. If you lift, love and encourage people, then they will come.  He is, and will continue to be the best pastor the world has seen, and a role model for all who accept the call to preach. ” 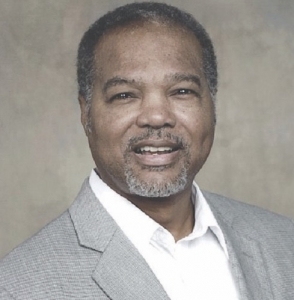 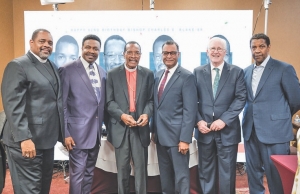 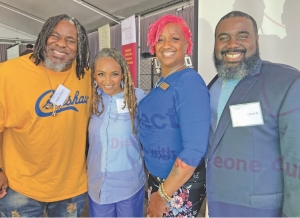 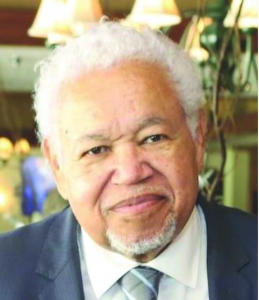 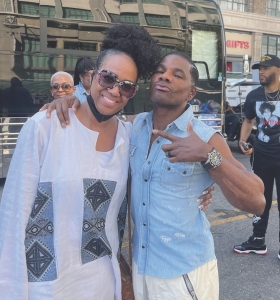 Kirk Franklin and Maverick City Music Give Back to the L.A. Skid Row Commun...