As we celebrate International Labor Day, May 1, and pay homage to the awesome sacrifices and costly struggles of Black workers and other workers of the world to get economic justice, it is important to remember A. Philip Randolph’s admonition that the struggle for freedom and justice is always an unfinished fact. And thus, our celebration must also include our ongoing commitment to continue and intensify the struggle and dare, as he taught, to achieve every higher levels of life and relationships. He was another giant in a generation of great leaders. A socialist and master organizer, he dedicated his life to empowering our people, arguing that “Power is the flower of organization.” And the lessons he left in thought and practice form an enduring legacy from which we all can and do learn.

His wife and companion in his work and eagerness for radical transformation, Lucille Green Randolph, was deeply involved in social activism with him and critical to all he did and achieved. Also, Mrs. Randolph used money from her business to finance Mr. Randolph’s socialist newspaper, The Messenger, which he and friend Chandler Owen co-founded. And she worked with him in every area of labor and human rights struggle he entered until her transition.

On this day, I think also of what Africa has to offer in the way of lessons about the centrality of work and workers to the well-being of our families, peoples and the world. And I note here how it is in Africa that the first labor strike recorded in history is that of African workers in the ancient Egyptian city of Waset (Thebes). They were artisans and craftsmen and struck for wage rations which had not been paid. But they also struggled for recognition and respect as the report reveals. They refused to work, sat down and marched, not only to get their due wages of food, but also to demand rightful consideration, due consideration as both workers and human beings.

At this point, it is also important to note that not only is ancient Africa, ancient Egypt, the site of the first labor strike, but also the source of the first concept offered of humans as the images of the Divine and possessors of an inherent worthiness called dignity (shepesu), and thus worthy of the highest respect. Here too I think also of Mr. Randolph who recognized that the struggle he and his fellow workers and organizers waged to build the first Black union in the U.S., the Brotherhood of Sleeping Car Porters, was of historical meaning. For it was not only about workers as workers, but also as human beings, members of families and communities. Thus, whether at the building projects in ancient Egypt or the plantation warehouses of Amazon, the struggle continues for not only rightful wages, but also conditions and concessions of rightful recognition and respect.

Mr. Randolph had wanted unions to aid the workers in not only improving their conditions on the job, but also to aid in the struggle to lift up the community and the people. He taught that “the essence of the trade unions is social uplift.” He wanted workers to make unions “a haven for the dispossessed, the despised, the neglected, the downtrodden (and) the poor.” And he called on the workers and the labor bosses to break beyond the boundaries of a racist society and unite into an inclusive social force for real democracy, equality and justice. He told an AFL-CIO convention in 1963 in the midst of the Black Freedom Movement that “if the labor movement embraces the (Black) struggle for freedom … it will rise to its full moral stature.” That is to say, it will become an instrument and opener of the way to a just and good society beyond the racism and White supremacist practices so evident and oppressive during this period.

But Randolph, as all our righteous leaders, from Harriet Tubman and Frederick Douglass to Fannie Lou Hamer and Min. Malcolm X and others wanted us to know that we are our own liberators, and the source of our own salvation. Thus, he taught us these lessons on labor, freedom, justice and struggle. He tells us  we need to realize that “the salvation of a race, nation or class must come from within.” Moreover, he says all gains are born of righteous and relentless struggle “You must seize the goods, yours by right and you must be organized to do it,” he advises us. In the simplest and yet powerful language, he says to us that in the predatory capitalist and White supremacist context, we must wrest our freedom, justice and all that is appropriated from us through strength and struggle. Therefore, he says in such a context, “if you can’t take anything, you won’t get anything, and if you can’t hold anything, you won’t keep anything.” In a word, he says in his classic statement, “Freedom is never granted, it’s won. Justice is never given; it’s extracted” And again, the freedom that is won and the justice that is extracted is through organization of the masses and righteous and relentless struggle for radical, broad and deep-rooted change.

We need to build a new society, he stated, not just a social democratic society, but also a racial democratic society that concerns itself with the equitable and particular needs of Black people and the most vulnerable among us. For he says, “A community is democratic only when the humblest and weakest person can enjoy the high civil, economic and social rights that the biggest and most powerful possess.” And again, we must wage righteous and relentless struggle to achieve this condition. For this condition of freedom, equality and democracy is not the gift of gods. It is the task of men,” human beings, men and women who are “brave, honest and determined.”

He tells us that we must not be dissuaded or diverted or delayed in our struggle “in the name of false peace” and deceptive promises of change, reform and reconciliation. For we know “the beneficiaries of a system cannot be expected to destroy it.” Indeed, they will call for patience and peace and we must in response raise the battle cry “no justice, no peace.” For they seek to “have social peace at the expense of social justice” and are more concerned with “easing racial tension than enforcing racial democracy” or racial justice.

Mr. Randolph, offering us a model and mirror of victorious consciousness, assures us that he had never experienced “a single day of hopelessness” in his work and struggle for freedom and justice and social and racial democracy.” He says, “I knew from the history of the labor movement, especially of the Black people that it was an undertaking of great trial; that live or die, I had to stick with it and we had to win.” And this recalls Hannibal’s statement to his soldiers after crossing the Alps to defeat Rome. He told them we must definitely win, for “if we lose, we are lost.” This is both a historical warning and current call to continue the struggle; keep the faith; hold the line; refuse to be defeated; and audaciously and outrageously dare to win. 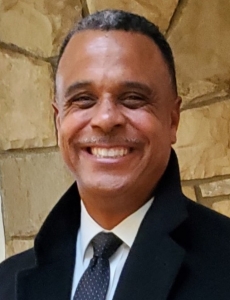 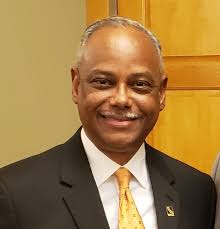 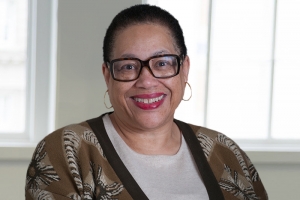