When Ramsell Corp., an Oakland-based and African American owned company that provides health services to California AIDS/HIV patients, submitted a bid to oversee the California Department of Public Health’s AIDS Drug Assistance Program (ADAP) it was confident of winning the contract. (ADAP provides assistance to AIDS/HIV patients who are uninsured or underinsured enabling them to have access to lifesaving medication.) Ramsell had been working with the program since 1997 and had successfully overseen ADAP programs in San Francisco, Santa Barbara, and San Mateo counties.

Flowers says he is baffled by the decision, because Ramsell has been working with the ADAP program for almost 20 years. Flowers was not the only person worried about transitioning the ADAP program to new providers. Several community organizations, such as the San Francisco and AIDS Project LA, wrote and cosigned a letter expressing their concerns.

“We are concerned that the amount of time that has been allotted for system beta testing and enrollment worker training is not adequate. The Office of AIDS has notified us that the new system is still being developed, beta testing has not yet begun, and enrollment worker training will not begin until just weeks before the July 1st transition,” the letter stated. “Further, the system is transitioning from one to three contractors which will require additional coordination to effectively serve clients. In order to ensure a seamless transition, we believe additional time is necessary to adequately beta test the new system, train enrollment workers, and ensure time for feedback on what works properly and what needs improvement.”

When Ramsell asked Department of Public Health officials why they decided to award the contract to out of state companies, not having any experience with California’s ADAP program, they were met with silence.

“Their reasons were not conveyed,” said Flowers.

He also said Department of Public Health officials claimed they had received complaints about Ramsell Corp., but couldn’t provide any evidence of this. Ramsell Corps. is currently pursuing legal action over the issue. The company has filed two lawsuits in Sacramento County Superior Court. One, over the awarding of the Pharmacy Benefits Management to Magellan Rx Management of Arizona, and the other, over the awarding of the Enrollment Benefits Management (EBM) program to A.J. Boggs & Co. of Michigan. 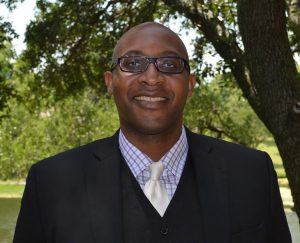