Rams wide receiver Tavon Austin (11) celebrates his touchdown against the Arizona Cardinals during the first half of an NFL football game, Sunday, Oct. 4, 2015, in Glendale, Ariz. (AP Photo/Rick Scuteri)

The Los Angeles Rams have extended WR Tavon Austin to a four-year deal that will run through the 2021 season, the team announced. Terms of the deal were not disclosed.

“Tavon has been an integral part of our offense and special teams since we drafted him in 2013,” Rams Head Coach Jeff Fisher said. “It is important to our organization to retain players we’ve drafted and invested in, and Tavon is an example of that. We’re excited for him to continue his career with the Rams.”

Last season, Austin tied RB Todd Gurley for the most touchdowns among Rams with 10, which gave the club two players in double digits in the category for the first time since 2006 (S. Jackson & T. Holt).

Now entering his fourth NFL season, Austin has 19 career touchdowns: nine receiving, seven rushing and three punt returns. That total is tied for third most among all players in his draft class and tied for the most among wide receivers in the 2013 class. 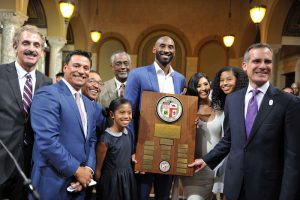 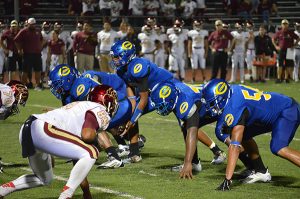