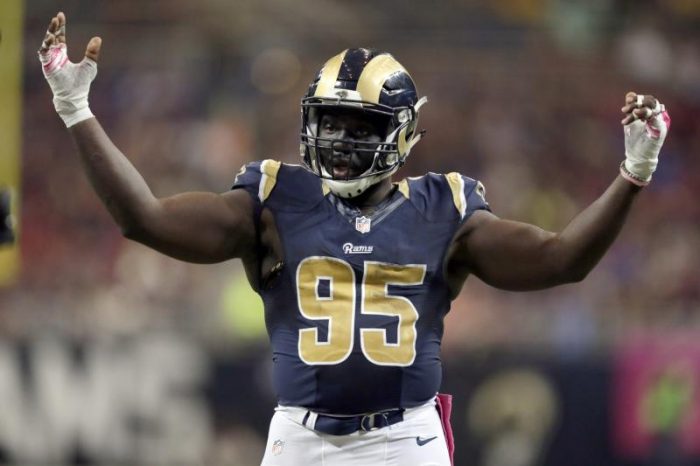 The Los Angeles Rams have agreed to terms to trade DE William Hayes and the first of the team’s seventh-round selections (No. 223) to acquire the Miami Dolphins sixth-round selection (No. 206) in the 2017 NFL Draft.
“Will has been an integral member of our defense since he became a Ram in 2012,” said Rams GM Les Snead. “His passion set the tone for our defense and served as an example for his teammates. Off the field, he showed compassion as he was a major contributor to the St. Louis and Los Angeles communities, working to improve the plight of the homeless. We wish Will and his family the best of luck in all of his future endeavors.”

The Rams enter the 2017 NFL Draft with a total of eight selections in rounds 2-7, including a fourth-round compensatory pick (No. 141) and a seventh-round selection (No. 234) from the Baltimore Ravens stemming from a 2015 trade.