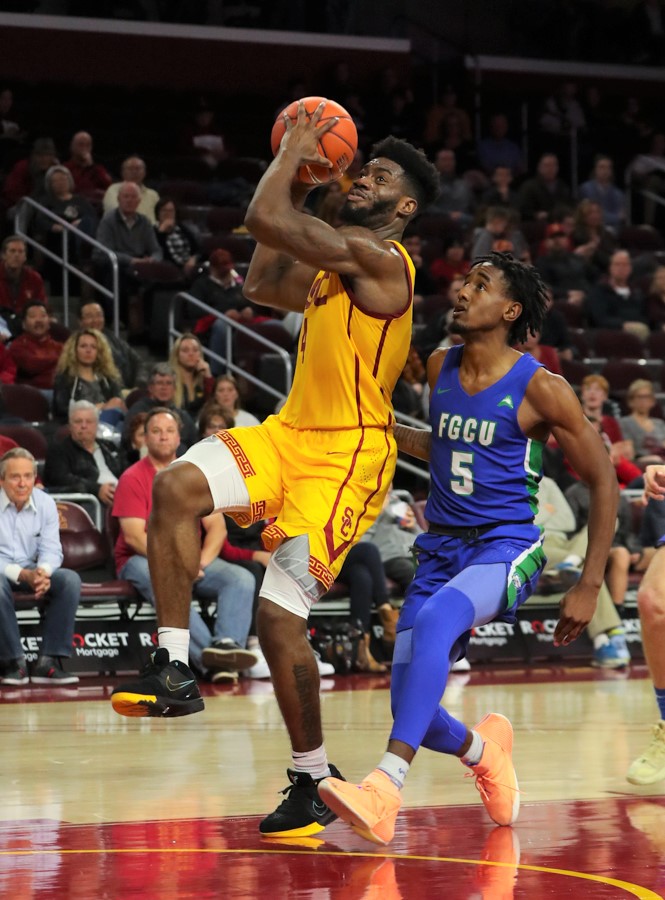 Heading into the new year, non-conference play is officially over for the (11-2) Trojans after defeating the (3-12) Florida Gulf Coast Eagles 71-58.

USC head coach Andy Enfield knows the Eagles far too well beginning his head coaching career at FGCU, going 41-28 in two seasons and guiding the Eagles to the Sweet Sixteen in 2013.

Enfield’s winning methods are coming to fruition for the Trojans this season with the team winning 10 of their first 12 games for just the third time in 18 seasons. With the victory the Trojans have reached their second 5-game winning streak this season, only accomplished twice by the Trojans in the last decade.

A rare three-pointer by Trojan Senior forward Nick Rakocevic pushed USC ahead 9-7 with 14:26 left in the first half. The Trojans never relinquished the lead for the rest of the contest behind Rakocevic’s 19 points, 13 rebounds, and 3 steals.

Rakocevic racked up his fifth double-double of the season and the 25th of his career. The Trojans have been finding their mark from the field, especially from three-point territory shooting 41.7% in their previous four games which is a big improvement from their 32.2 % in their first eight games. 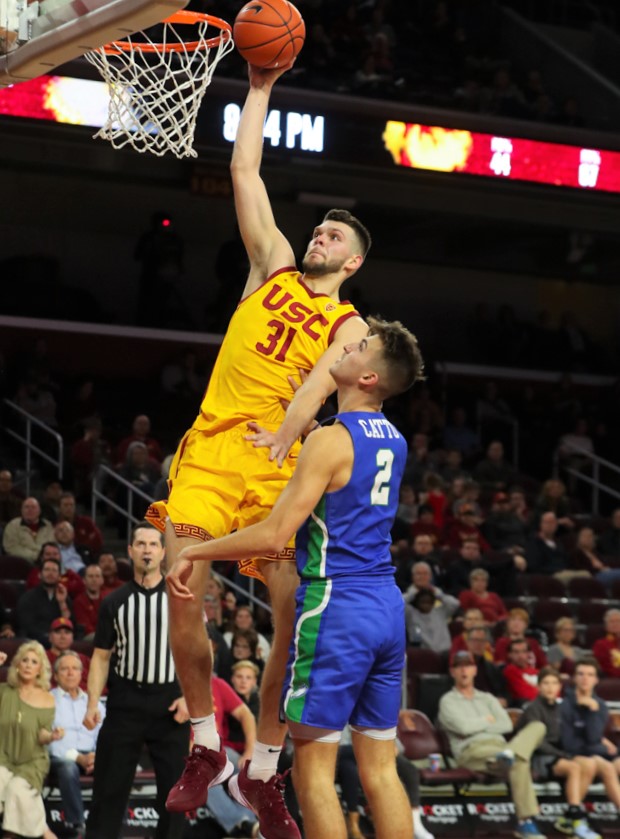 Senior Nick Rakocevic goes up for the dunk collecting his fifth double double of the season (photo credits Marvin Jimenez/T.G.Sportstv1)

Two-time Freshman player of the week Onyeka Okongwu was out with swelling in his ankle but the Trojans showed their depth with bench players Daniel Utomi drilling three three-pointers for a season-high 13 points, and Max Agbonkpolo scoring 8 points in an efficient 11 minutes.

“Obviously with ‘Big O’ out other players have to step up,” said Utomi. “Players like me and (Max Agbonkpolo), versatile players who can play both forward positions just had to tough it out and come out with a win.”

Sealing the game was Senior guard Daniel Utomi’s steal and pass to Rakocevic in transition leading to a slam dunk by the Trojan big man.

“Last three weeks we’ve played exceptional basketball,” Coach Enfield mentioned on being where he wants to be heading into conference play. “To be 11-2 and have that experience with our young players as well as our seven new players total, were excited to be where we are with some big wins under our belt.

“We know that the conference is very deep this year and anything can happen,” said Enfield. 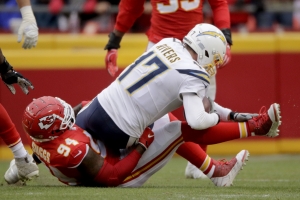 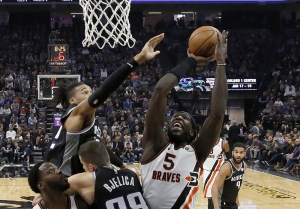