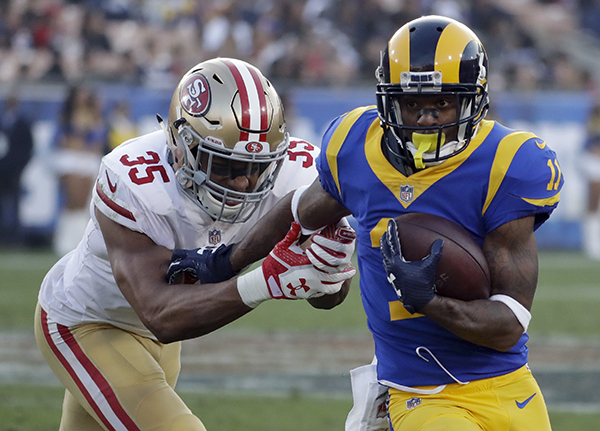 “We feel good about being able to allow some of our players to get some rest, a little bit of recovery time that I think is much needed for some of those guys and then you keep a couple guys out of harm’s way,” McVay said.

Mannion completed 20 of 34 passes for 169 yards, and running back Malcolm Brown made 14 carries for 54 yards. Wide receiver Michael Thomas had three catches for 75 yards and linebacker Cory Littleton made eight total tackles.

The 49ers had a strong rushing game, but incomplete passes would force them to kick a field goal. The Rams could not contain San Francisco on their next possession.

The Rams defense made their mark when cornerback Kevin Peterson made a 38-yard interception play.   The Rams offense started on the San Francisco 22-yard line. Peterson picked off the 49ers twice on Sunday.

A penalty by the 49ers pushed the Rams up to their eight-yard line. Mannion, however could not complete a pass. Special teams gave Los Angeles their first score 3-10.

49ers defenders bested the Rams throughout the first half. Los Angeles only earned one first down in the first quarter. San Francisco defensive lineman Cassius Marsh sacked Mannion. Goodwin and defensive back Blake Countess collided, sending both players out of the game with concussions. 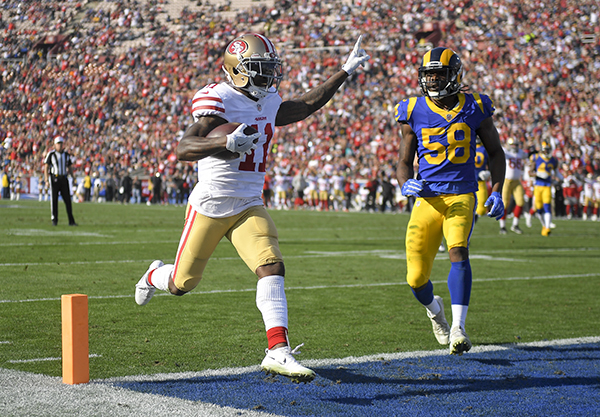 To close out the first half, the Rams scored a field goal, edging their score to six.

San Francisco remained strong in the third period, limiting the Rams to two first downs. The passing game of Garoppolo was sound by then, sending the ball to wide receiver Kendrick Bourne for 16 yards and to tight end Garrett Celek for 28 yards to earn a first and goal.

The 49ers landed another touchdown by the hands of Hyde, edging their score up to 27. Cornerback Ahkello Witherspoon sacked Mannion, making a key turnover for San Francisco. Seven plays later, wideout Aldrick Robinson delivered a 12-yard touchdown passing play and the 49ers had 34 points.

The Rams continued to fight, as running back Lance Dunbar scored the only Los Angeles touchdown of the game midway through the fourth quarter, pushing the score up to 13.

The Rams will play the Atlanta Falcons on Saturday, January 6, at the L.A. Coliseum for the NFC Wild Card game. Despite the victory, the 49ers had been eliminated from playoff contention with a 6-10 overall record.

“I know we’re a playoff caliber team. We started off slow, we had that five-game stretch where we lost by three points or less,” said safety Eric Reid.  “I mean you have those five games and we’re in the playoffs probably. So, it’s tough. It’s a hard pill to swallow.” 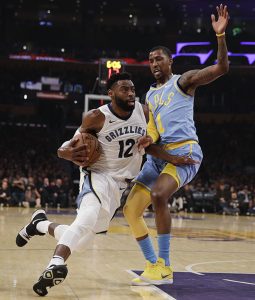