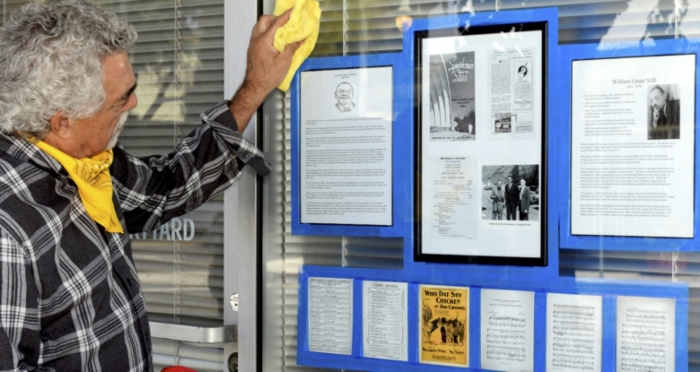 The outdoor self-guided walking exhibit is open daily, free to the public and can be viewed through the months of June and July at the offices of Community Build, Inc. along Degnan Blvd. and 43rd Street in Leimert Park Village.

“Black men and women’s contributions to this country really can’t be overstated,” said CBI President Robert Sausedo. “On the heels of the one-year anniversary of George Floyd’s murder and the Oklahoma Wall Street Massacre, we need to acknowledge the historic and cultural contributions of African Americans in making this country what it is today.”

All pieces in the AAHM Legacy Project are from the Los Angeles City Hall’s African American Heritage Month exhibitions, which were displayed each February on the bridge leading to the Council Chambers for the past 15 years. The AAHM exhibitions reflected social, cultural and political occurrences in American society and was the brainchild of L.A. City Council President Emeritus Herb Wesson with additional support and sponsorship by the offices of City Councilmember Curren Price, District 9 and City Councilmember Marqueece Harris-Dawson, District 8.

The exhibits were written and curated by Community Build Vice President of Governmental Relations and Arts Program Albert Lord, who served as Wesson’s deputy for 16 years.

From 2006 to 2020, Lord, an Emmy Award-winning creative producer in the entertainment industry, spent months each year researching and producing the AAHM exhibits. City partners included the Office of Mayor Eric Garcetti, Our Authors Study Club, the Los Angeles Professional Managers Association, and the Los Angeles Association of Black Personnel. He also incorporated objects and artifacts from individuals and personal collections to enhance the themes of the displays.

“The AAHM Legacy Project shines a light on Black history, and showcases the City of Los Angeles’ recognition of the incredible achievements of African Americans and the role Black culture has played in shaping America,” said Lord.

Community Build, Inc. will serve as the community partner in archiving the entire AAHM collection, preserving the City’s recognition of African American history and contributions. Future plans for the AAHM Legacy Project include collaboration with the Los Angeles Public Library to develop a web based virtual exhibit with educational programming.

For more information on Community and the AAHM Legacy Project, visit Communitybuildinc.org or call (323) 290-6560. 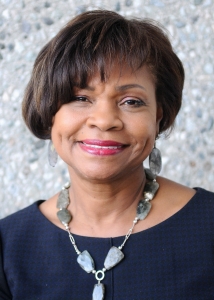 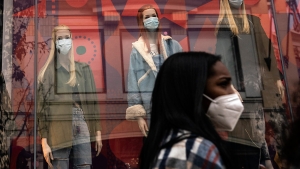