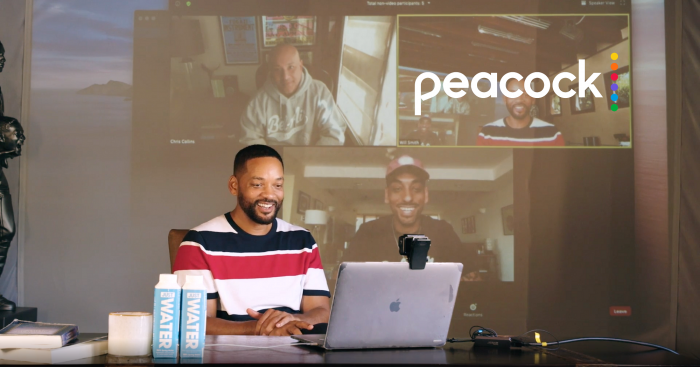 Peacock has ordered two seasons of the highly anticipated series adaptation of Morgan Cooper’s lauded fan film “BEL- AIR.” The announcement was made this week by Will Smith via his social media channels: https://youtu.be/ae99z6B_gbo

Cooper will direct, co-write and serve as co-executive producer alongside writer, showrunner and executive producer, Chris Collins (“The Man in the High Castle,” “The Wire”). Westbrook Studios and Universal Television will serve as the studios on the project.

Set in modern-day America, “BEL-AIR” is a serialized one-hour dramatic analogue of the 90’s sitcom “The Fresh Prince of Bel-Air” that leans into the original premise: Will’s complicated journey from the streets of West Philadelphia to the gated mansions of Bel-Air. With a reimagined vision, “BEL-AIR” will dive deeper into the inherent conflicts, emotions and biases that were impossible to fully explore in a 30-minute sitcom format, while still delivering swagger and nods to the original show.

Cooper wrote and directed the four-minute spec trailer, debuting the video on social media in March 2019. The trailer, which currently has over 6 million views on YouTube caught the attention of Smith, and in a reaction video he called the film and idea brilliant. Here is a link to the original trailer: https://www.youtube.com/watch?v=WAfJpyBgcgA.