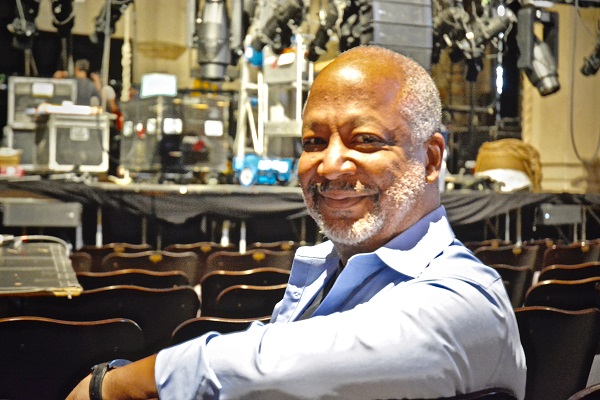 Sheldon Epps, the artistic leader of the Pasadena Playhouse was honored last Sunday for his 20 years of devotion. Epps stepped down as artistic director at the end of the 2016 -2017 theater season. However, Epps has the title of artistic director emeritus which allows him the opportunity to return and direct a show from time-to-time.

He is a force like no other in regional theater because he embodies the concept of diversity.

His life’s work has been about the theatre, and making it all come together has been a grand experience not only to him but also to countless actors and diverse theater goers.

Since September 1997, when he first arrived at the historic Pasadena Playhouse Theater, Epps produced over 100 plays and productions. Among them was “12 Angry Men”.

He cast the jury so half was white and half was black provocatively turning a 1950s drama into a new conversation about race relations in America.

Epps helped the playhouse to become one of the most prominent regional theaters in the country while bringing fresh diverse patrons projects through its doors. The Pasadena Playhouse is the pinnacle of what local theatre can be–a brilliant vision and a world-class production with creativity as it adheres to Epps’ vision.

The playhouse embraced a broad definition of art, and so did Sheldon.

“I’m very proud of what happened here,” says Epps. “That includes the quality of the work, the status of the theater, variety and diversity or the work we’ve done.”

Admittedly some people did not agree with vision of diversity.

However, it attracted far more people to this theater than those made angry and chased away.

As turned out it attracted far more people to the theater than those made angry and chased away.

“If people want to come to a theater where they’re not going to see diversity, then this is no longer their theater,” says Epps.

His diversity project caught on.

Epps inspirations about diversity begin to inspire other playhouses to think creatively about how they’re staging their shows. Moreover it has inspired other producers to see the benefits of diversity.

“I begin to receive inquiries from around the country asking how are you doing this.”

As artistic director, Sheldon furthered the careers of countless artists through the Pasadena Playhouse.

Those who he’s directed speak candidly about his vision and impeccable execution. Actors and directors describe Epps as reserved but always listening.

Furthermore is his innate ability to elevate the actor’s strengths beyond the script.

In a 2005, interview actress CCH Pounder describes Epps as “really fantastic at making the actor feel absolutely at home.” She adds, “He makes you push the character.” “He is the dream director.”

Fond testimonials about mutual respect friendship towards Epps were the common theme of the celebration as well as their willingness to answer the call to work with him again.

The entire cast of Sunday’s program was filled with affable performers who took the attendees on the required personal testimonial journey about Epps with panache while also easily hitting the required comedic and dramatic notes.

As the evening’s host, television and stage actor Wayne Brady deviated off-script more than once to speak of his personal reminiscences during Epps’ days on Broadway.

Brady was not alone in his admiration of Epps. Others on stage for the celebration included Jason George, Sharon Lawrence and Richard Chamberlin.

Numerous directors, singers and actors who performed for Epps in his career conveyed rich and heartfelt thanks in person and in video messages.

Each spoke of his regal demeanor and a distinguished baritone voice that resonates like a mystical poetic.

Before Epps became artistic director it was seldom that a person of color would lead regional theaters.

In fact, during Epps’ tenure, it was not unusual for him to be the only artistic director of color in the United States.

Currently there are three people of color leading regional theaters.

Epps remembers there were times he would sit in the courtyard before a play and would be the only person of any color and under sixty. “Both of those needed to change,” he recalls. 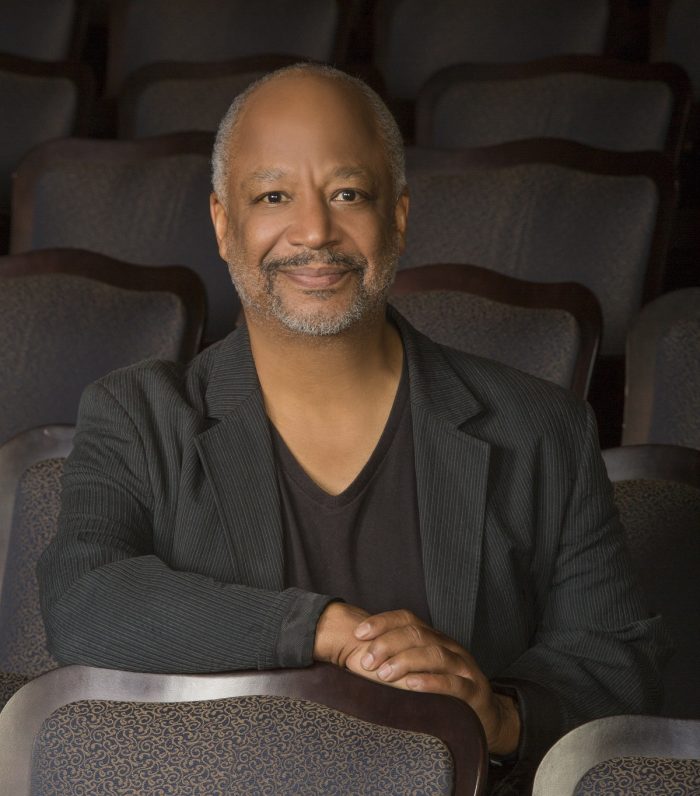 As part of his vision to change the theater’s culture it needed to reflect the diversity of the greater Los Angeles community.

Epps is also credited with helping to rescue the playhouse from the financial brink in 2010, in part by helping to secure grants from individuals and major groups.

In retrospect, Epps recalls there were times he would sit in the courtyard before a play and would be the only person of any color and under sixty.

“Both of those needed to change,” he said.  The theater needed to reflect the diversity of the greater Los Angeles community and that included his board of directors.

Vice Mayor of Pasadena, John Kennedy applauds Epps because he has “advanced the appreciation of diversity” and made it an integral part this community using the playhouse as the vehicle.

Epps has proved that his approach can be financially feasible.

As part his celebration, the Playhouse announced that the artists’ entrance would be named “Epps Alley.”

According to the playhouse “The artists’ entrance is especially dear to Sheldon’s heart because it is where all artists enter the world of the theater and it leads directly into the Greenroom which is named after his parents.”

The naming of this special passageway will further ensure his legacy.

Before coming to Pasadena, Epps served as associate artistic director of the Old Globe Theatre in San Diego. He also co-founded the Production Company, an off-Broadway theater.

In addition to directing productions at some of the nation’s leading theaters, Epps worked as a TV director for shows including, “Frasier,” “Friends,” “Sister-Sister,” “Girlfriends” and “Everybody Loves Raymond.”

Epps is not retiring. He recently got married and continues to remain quite busy.

He has been asked to direct a pop opera about Martin Luther King, Jr. scheduled for next year.

Furthermore “I’m also working on “Blues In The Night.” Also there’s a documentary in the works and I’m thinking about writing a book.”