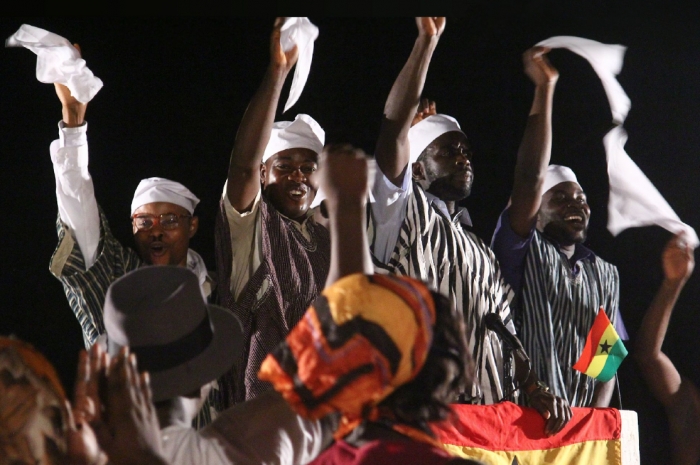 A scene from the film, “Hero,” depicts Caribbean professionals who helped liberate Africa from colonialism. (paff.org)

The gripping production, written and directed by Frances-Anne Solomon, is inspired by the extraordinary and revolutionary life of Ulric Cross, who was a Trinidad Tobago citizen, diplomat and judge.

Cross is known as the most decorated West Indian of World War II due to his service with other Caribbean pilots who successfully flew dangerous combat missions for the United Kingdom’s Royal Air Force. However, it was his courageousness following the military that landed him in the annals of Black History.

According to Solomon, Cross went on to play an active and important role in the Pan African Movement, which led to the creation of 28 Caribbean and 54 African nations, as well as influenced U.S. government domestic policy towards African Americans and inspired the Civil Rights movement. 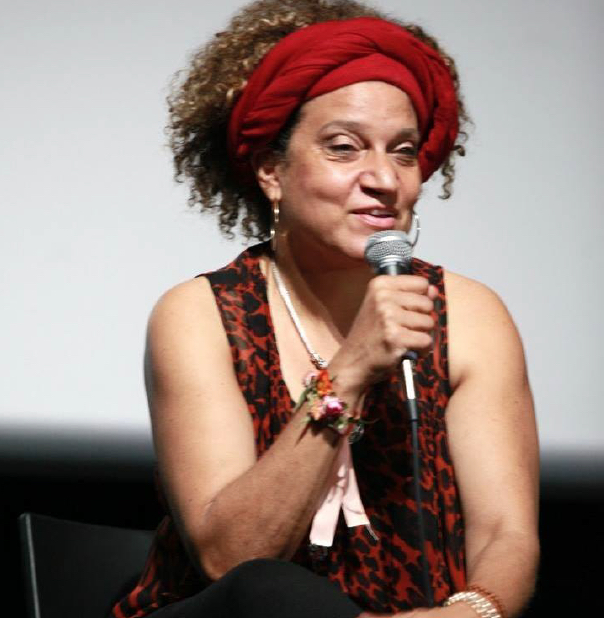 ‘“Hero’ is about the contributions of the Caribbean intellectuals in the African liberation movement. It is an incredible moment in time in the late 1950s and early 1960s when the world changed,” noted Solomon, an award-winning filmmaker, producer, curator.

“But this film is not just about Cross’ life, but also about the dynamic and transformative time in which he lived and the untold story of those Caribbean professionals who helped liberate Africa from colonialism.”

Solomon was personally acquainted with Cross while growing up, referring to him as “a friend of my family, and like an uncle to me.” Although she was aware of his WWII heroics, it wasn’t until her mother raised money for the production and Solomon began researching Cross’ life for the film that she learned of his critical, worldwide involvement in the campaign for independence.

“One of the most significant and enjoyable aspects of creating the film has been inserting the voice of a proud, Black Caribbean man into the narrative of the 20th century. Instead of regurgitating familiar narratives of slavery and victimhood, this story leaps to tell of heroic agency … liberation…[and] so many who contributed to creating the freedoms we enjoy today,” said Solomon. 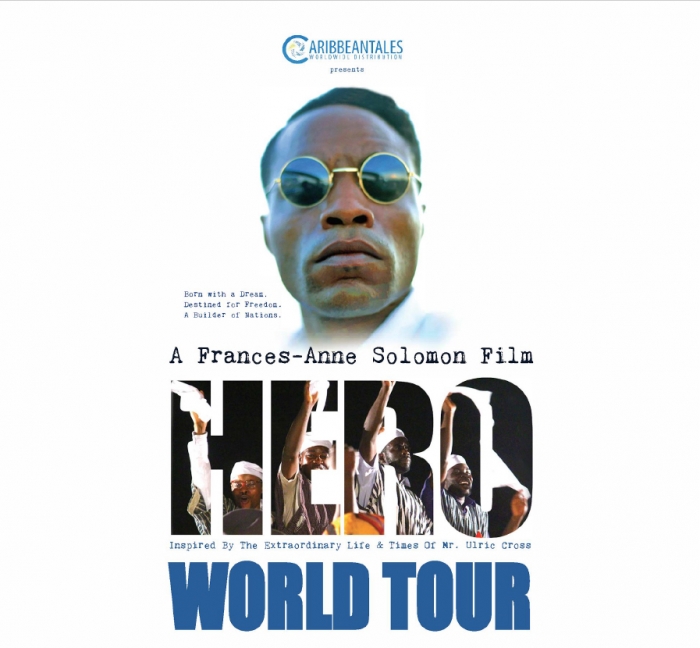 “Hero” is inspired by the life of Ulric Cross, a leader in the Pan African freedom movement. (paff.org)

Aiming to expose Solomon’s movie to a wider audience, Ayuko Babu, PAFF executive director and co-founder, determined that “Hero” was the perfect film to kick-off the 2020 festival.

“We made this an opening night film because Ulric Cross and other people in the Pan African movement laid the foundation for us to be free. This is an opportunity for people to learn about Black history in the world and how it connects to us in the United States,” insisted Babu. “This film, ‘Hero,’ is both educational and entertaining.”

The cast of “Hero” include Nicklai Salcedo, a Trinidadian actor and musician; Peter Williams, who appeared in “The Chronicles of Riddick” and “Stargate SG-1;” and Joseph Marcell, best known as Geoffrey in “The Fresh Prince of Bel-Air” and a current board member of Global Theater in London, England.

“Hero” will be screened on Tuesday, Feb. 11, at 7:30 p.m. at the Directors Guild of America, DGA Theater Complex, 7920 Sunset Blvd., in Los Angeles. Solomon and Babu will attend and a reception featuring Caribbean music and refreshments will also be held following the film.

For tickets or to learn more, visit paff.org