It is a beautiful memory and uplifting thought to realize our organization Us was conceived in the fiery and formative womb of the August 1965 Revolt of our people and emerges and comes into being in the aftermath of our people’s continuing efforts and struggles to end police brutality and violence, economic and other exploitation, and the White supremacy and systemic racism that produce, sanction and foster these and other forms of anti-Black and anti-other oppression.

But it is also a humbling and rightful reminder of the responsibility we of Us self-consciously assumed, i.e., an active commitment to continue, intensify and expand  the struggle, keep the faith and hold the line. And it is this history of active commitment and lived and liberating experience that has brought us out of the fires of August and through these 57 years and 228 exacting seasons of constant struggle.

Even before the embers and ashes of the Revolt became cold, many of us had already begun to come together to ask and answer some foundational questions for any movement: where do we go from here; what is to be done, prioritized, planned and pursued; what is the nature, capacity and vulnerabilities of the oppressive forces arrayed against us; and what are our strengths, vulnerabilities, potential and possibilities for victory in this, our struggle for liberation and a whole new world.

Among those I would call together to found our organization, Us, were both active witnesses and midwives of the Watts Revolt. And even though the police and National Guard had brutally regained control of the streets, we were in no ways willing to let them have the last word or move or end our strivings and struggle for a radical reordering of things. And, of course, they did not.

Haji Malcolm had taught that “wherever a Black person is, there is a battleline” and here we read this teaching as not only where we had to fight, i.e., everywhere, but also where we choose to fight. In other words, it is not only the oppressor who determines where we fight because of his oppression on every level, but also, we, ourselves, must determine where and when we fight and under what circumstances. So, we had ongoing discussions in the community about continuing the struggle, about critical issues and key sites of struggle and building organizations, institutions and alliances, and Black united fronts to advance forward and achieve our goals.

Here, as the Black Power phase of the Black Freedom Movement developed, we established three overarching and essential goals of Black Power: self-determination, self-respect and self-defense. This was also our way of defining goals of a revolt, for we understood the Movement for Black Power as constant revolt and resistance against domination, deprivation and degradation by a racist and White supremacist system.

So, 57 years ago, this September 7th, I called our founding meeting of our organization Us at my small apartment on La Brea, here in Los Angeles. There, we paid rightful homage to Nana Min. Malcolm X, a central model and mirror for us, honored teacher whose legacy was/is essential grounding and guide for us in many areas of thought and practice, even though we have borrowed from and built on the honored legacies of other African men and women who also taught us the dignity-affirming, life-enhancing and world-preserving ways we live, walk, work, relate and struggle in the world.

It is from this standpoint that, as we’ve argued, “we engage in critical remembrance of Min. Malcolm, and try as best as we can to live his legacy, to offer a rightful reading of this legacy, and to challenge those interpretations that miss the mark, falsify, trivialize or in any other way tend to reinvent and render less meaningful this awesome legacy and shared African heritage.”

It was our considered intention at the outset to forego building a large organization based simply on the temporary tenor of the times in which Black was back, beautiful, bold, sacralized and a conscious source of our choices and struggle. The concern was rather to build a vanguard organization, small, but, as we said in the 1960s, “conscious, capable and committed” in high level, deep and enduring ways, composed of all-seasons soldiers who would continue the struggle, keep the faith and hold the line regardless of the sure-to-come crushingly taxing and testing conditions of life and struggle.

For times, attitudes and urgencies change, and studying the history of revolts, revolutions and major struggles, we recognized that more people can be mobilized for the moment than can be organized for the long, difficult, dangerous and demanding struggle for radical and revolutionary change.

Large crowds gather in the spring and summer of the Movement, begin to disperse in its autumn years of increasing difficulties and dangers, and only the committed and courageous will be willing and able to weather the winter years of the cold-blooded counter insurgency actions of the established order, and yet still dare to achieve victory.

In our assessment of the lives we’ve lived, the work we’ve done and the struggles we’ve waged over these decades, we unavoidably ask ourselves what are the defining principles and practices that have been essential to our very sense of self and our audacious and sustained assertion in this world for 228 seasons, 57 years. Certainly, through our philosophy Kawaida and our intellectual and practical work as an organization, we have played a significant role in Black political and intellectual culture on the local, national and international level since the 60s, contributing definitively to building institutions and movements of various kinds.

Also, we can rightfully raise our creation and contribution to world African culture and struggle, the pan-African holiday, Kwanzaa, and  the Nguzo Saba, the Seven Principles, embraced and practiced throughout the world African community by millions  and so critical to what we do in the world.

But there is a first principle and practice which makes possible all our ideas and efforts, including the Nguzo Saba, Kwanzaa and our philosophy, Kawaida, out of which I created both. It is the grounding, anchoring and uplifting principle and practice of embracing Africa as our moral and spiritual ideal. Clearly, within this overarching concept and commitment, there are many smaller interrelated moral ideals: Maat (rightness in the world), iwapele (gentle character), shepesu (human dignity), the Nguzo Saba, ubuntu (humanness), sankofa (return and retrieval), the morality of remembrance, and serudj ta, the moral obligation to constantly repair, renew and remake the world, making it more beautiful and beneficial than we inherited it, as well as others. But it is embracing Africa as our moral ideal that defines, distinguishes and drives what we do and makes all else possible.

To talk of Africa as our moral ideal is to speak of a composite of African peoples’ highest values, most expansive views and best practices developed over millennia of reflection on and striving for the good in our relations with the Transcendent (the Divine), fellow humans and the world and all in it. Thus, from the beginning, we began a deep, comprehensive and enduring dialog with African culture, asking it questions and seeking from it answers to the fundamental issues confronting African peoples and humanity as a whole.

And we, as Africans, have no interest in or inclination toward turning to Europe or other sites of culture, the sacred and the significant for answers to these vital questions and pressing issues. For it is this moral and spiritual ideal of Africa that defines our most anchoring views, values and practices, and reaffirms the compelling requirement and responsibility  of our ongoing and sacred struggle to be ourselves and free ourselves and live the liberated and uplifted lives we demand and deserve.

Our task is a beautiful and rewarding one, though difficult, dangerous and demanding, as Nana Mary McLeod Bethune taught us. For it is the awesome responsibility, she says, “to remake the world. It is nothing less than that.”

And as Nana Frantz Fanon taught us at the dawn of our coming into critical consciousness and already ongoing combat to achieve this, we must value and exercise our own capacity to think new thoughts, reimagine the world and what it means to be human, and start a new history of Africa and humankind based on shared expansive good and ongoing well-being and flourishing for everyone and all the world. 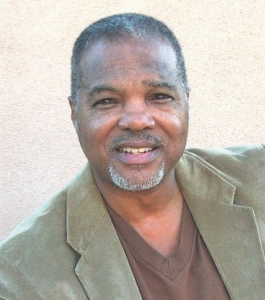 The Seven-Fold Path of Blackness: Color, Culture and Self-Conscious Practic... 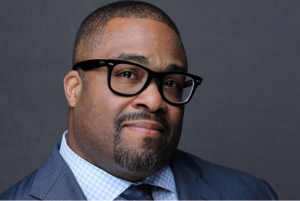 Expand Access to Safe Drinking Water for All Communities