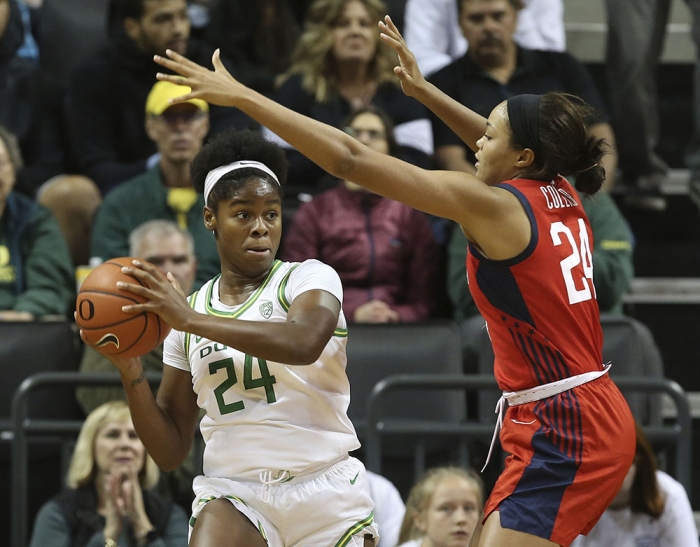 It didn’t count in the standings, but the most shocking game of the opening week of women’s basketball was No. 1 Oregon stunning the U.S. women’s national team.

The Americans played a four-game college tour that had them face Stanford, Oregon State, Texas A&M and the Ducks over a seven-day stretch. The Ducks, led by preseason All-America Sabrina Ionescu, weren’t intimidated and used a huge run to start the fourth quarter to hand the Americans their second-ever loss to a college team. It came nearly 20 years to the day after the U.S. lost to Tennessee.

“I believed that we could do it,” Ionescu said. “I never thought that I’d say we beat the best players in the world, and I think if we played again the outcome might be totally different, but we’re really proud of this team and our coaching staff and what we did tonight.”

Here are a few other things that happened this past week:

SHE’S BACK: After missing the end of last season because of exhaustion, Rutgers coach C. Vivian Stringer was back on the sidelines as the Scarlet Knights tipped off their season. The Hall of Fame coach earned her 500th career win at the school in the season opener and then the team went on to beat Coppin State 107-33 on Saturday. It was the most points in a game for the Scarlet Knights since 1989 — five years before Stringer took over as head coach. It was also the most points by a team coached by Stringer since her final game at Cheyney State in 1983.

“This team has worked very, very hard and plays together so well as a unit,” Stringer said. “That’s a lot of points. It’s unexpected, but they have been so focused on attacking the basket and getting to the rim. We love to see this as a result of that focus.”

The 107 points was sparked by an unprecedented 3-point shooting performance. Rutgers set a RAC record with 12 makes from long distance, and tied the overall program record for a single game.

MILESTONES: Marist coach Brian Giorgis earned his 400th career college victory on Saturday in a win at Boston University on Friday. He’s believed to be the first Division I coach to have 400 college wins and 400 wins while coaching in high school. … N.C. State coach Wes Moore reached 700 career wins Sunday. In just over six seasons at NC State, Moore has posted a record of 142-58 (.710) that includes a 63-33 (.656) mark in Atlantic Coast Conference play. He has guided the Wolfpack to four NCAA Tournament appearances and back-to-back Sweet 16s in 2018 and 2019. With Sunday’s win, Moore became just the 11th active and 22nd ever NCAA Division I women’s basketball coach to achieve 700 victories in a career.

“Good day. I appreciate Boo (Corrigan), the NC State administration, and everyone else for making that special ceremony after the game,” Moore said during his postgame press conference. “I especially thank the players. All of the players. I like to say that in 30 years, I have not grabbed a rebound or made a bucket. Maryville College, Francis Marion University, UT Chattanooga, and now NC State, there have been a lot of great players, and I have ridden their coattails, so to speak. I’d also like to thank all of the coaches who have worked with me and have been on our staff. With coaches and players, I can be hard at times and want to strive for perfection, which probably isn’t real realistic, but I appreciate everyone putting up with that and doing such a great job for us.”

STATS: Baylor held New Hampshire to a Big 12 record and school-record low three points in the first half on Nov. 12. The second-ranked Lady Bears scored the game’s first 37 points in the easy win. Baylor set a single-game school record with eight players scoring in double figures. … South Carolina freshman Aliyah Boston had an impressive college debut with 12 points, 12 rebounds and 10 blocks against Alabama State. … LSU’s Ayana Mitchell opened the season by recording her 1,000th career point in the 83-49 win over New Orleans on Tuesday. … The Missouri State Lady Bears extended their school record road winning streak to 12 games Sunday, topping preseason Mountain West Conference favorite Boise State 72-69 to advance to the semifinals of the Preseason WNIT on Thursday at Oklahoma. The Lady Bears are off to their best start since the 1997-98 team won its first 12 games, while Amaka Agugua-Hamilton is the first MSU head coach on record to win her first three games on the sideline. … Pepperdine coach Kristen Downling earned her first Division I victory after the team beat Cal Poly on Sunday. She spent the previous seven years as head coach at D3 Claremont-Mudd-Scripps. 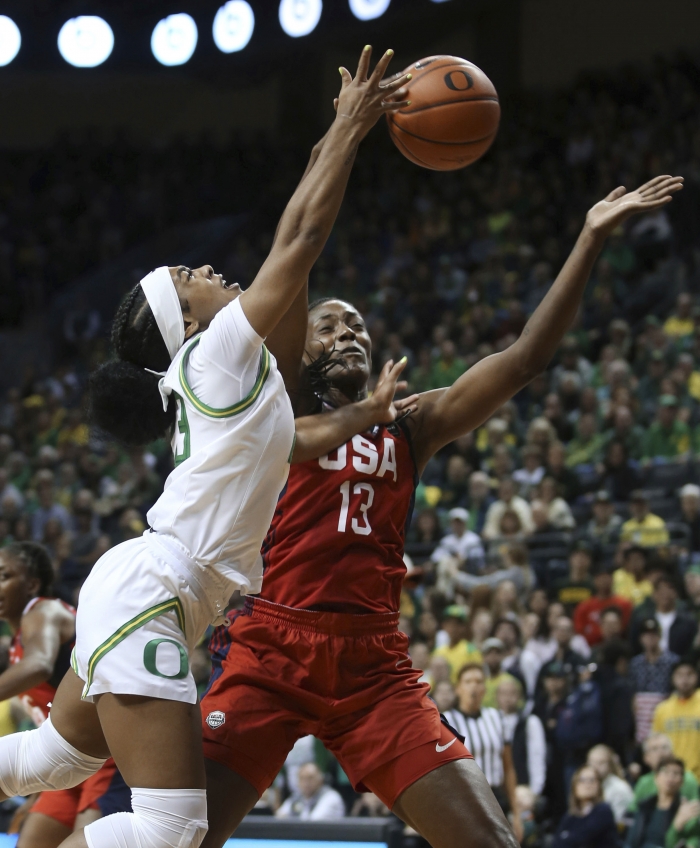 Oregon’s Minyon Moore, left, is fouled while going to the basket by United States’ Sylvia Fowles during the first half of an exhibition basketball game in Eugene, Ore., Saturday, Nov. 9, 2019. (AP Photo/Chris Pietsch)

WELCOME BACK: Duke graduate Kyra Lambert played for the first time in 962 days — or two years, seven months and 18 days since she last suited up for the Blue Devils against High Point. The guard entered the game at the 2:41 mark. She tore her ACL on March 18, 2017, in the first round of the NCAA Tournament against Hampton. Lambert had gone through three surgeries before returning to action Tuesday. A native of Cibolo, Texas, Lambert made her presence felt quickly on the defensive end registering a steal and showcased her point guard skills that had her ranked in the top 10 nationally coming out of high school. She closed the first quarter in dramatic fashion by draining a 60-foot shot as time expired to give Duke a 25-13 lead at the break. Lambert finished the game with a team-high three steals, five points, one rebound and one assist in eight minutes. Duke went on to win 93-57.

HONORING TINA: USC retired the jersey of former star Tina Thompson , who is the coach of Virginia. It was the first time the teams played since Thompson was a suited up in the early 1990s. Former USC coach Fred Williams presented Thompson with a framed jersey.

IN MEMORY: One of Michigan’s most dedicated fans, Chuck Raab, passed away this week, according to the school. He was 69 and died of cancer.

The retired special needs teacher hadn’t missed many of the Wolverines’ games over the years. He would see the team off on every road trip. The Wolverines honored him at their opener on Friday. Fans made posters and held them up at the first timeout of the first half . Raab’s son, Jason, was at the game and Michigan coach Kim Barnes Arico got to spend a few minutes with him after the game, on her way to a radio interview.

Raab’s fandom was known throughout the Big Ten as opposing coaches took note of his death. Michigan State coach Suzy Merchant tweeted about his passing . 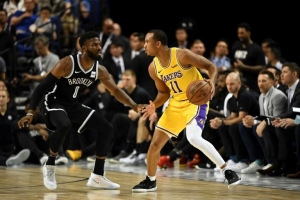 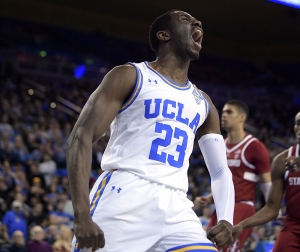