When it comes to equal opportunity for women and people of color it would be easy to assume that in a state as liberal as California those people would be well represented in the highest levels of civil service employment, but not so.

According to CalHR, the state’s human resources department, employment and advancement opportunities for women and minorities is not improving. From 2012 through 2014, the overall percentage of females and African Americans in the coveted Career Executive Assignment (CEA) positions, among the highest paid exempt assignments, has declined.

Other significant indicators throughout the statewide civil service spectrum revealed that between 2009 to 2013, there were 8.1 percent fewer African Americans and 3.4 percent fewer Hispanics. Similarly, while the representation of African Americans relative to the population is is fine, Blacks experience a 7.5 percent lower wage range than average.On the other hand, Hispanics are both under-represented and paid below average.

However, the Board of Equalization has not fared well historically for women and minorities in the coveted CEA classification. Out of the 187 highest-ranking Career Executive Assignment positions, only nine were African Americans, or 4.8 percent, 16 or 8.6 percent were Latino, and 15 or 8 percent were Asian.

Horton also cited the need for additional outreach in non- traditional minority media outlets, at colleges with significant minority enrollment, and the establishment of internship programs at the entry level and mentorship programs at the executive level, to give women and minorities an opportunity to succeed.

“Stepping into an executive position can and should begin an upward climb professionally”, said Senator Holly J. Mitchell, Chair of the California Senate Select Committee on Women and Inequality. “But if it comes without equal pay, without equal treatment or lacking opportunities for mentorship with other women, the stricter scrutiny to which we know female staffs are disproportionately subjected can make a promotion feel like a punishment.”

Alice Huffman, President, California-Hawaii State NAACP said. “Even though there have been cracks in the glass ceiling, the challenge is keeping women from slipping down the glass slope. “I think it is important that women and minorities understand that there are inequalities at every level and things don’t change just because a few have arrived near the top.”

For more information about employment opportunities with the State of California visit calhr.com.”

Categories: Local | News
Tags: Board of Equalization | civil service employment | minorities | people of color
A glimpse of heaven at Justice or Else Washington, DC gathering 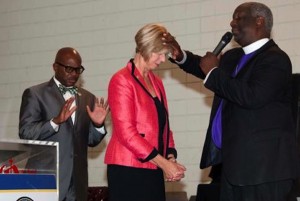 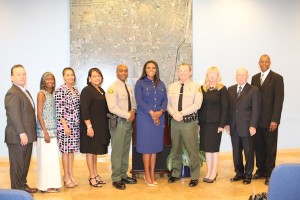