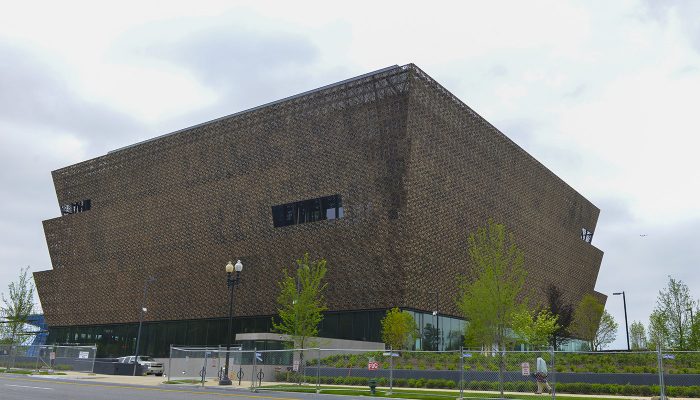 Tourists found a noose in the National Museum of African American History and Culture’s exhibit on segregation. (Freddie Allen/AMG/NNPA)

U.S. Park Police confirmed that another noose was found on the National Mall, last week, according to ABC News.

Late last month, a portion of the Smithsonian’s National Museum of African American History and Culture (NMAAHC) in Washington, D.C., was closed for nearly three hours after a noose was found in a gallery, officials said.

The museum, on the National Mall near the White House, reopened fully later that day, after police deemed the area “safe and secure,” according to an internal memo provided to ABC News by the Smithsonian.

In an article posted to the Smithsonian’s, museum officials said that the noose is a reminder of “America’s dark history with lynching” and referred to similar incidents of noose sightings around the country including at a school in Missouri, a construction site in Maryland, on the campus of Duke University, at a fraternity house on University of Maryland’s campus, at a middle school in Maryland and at a high school in Lakewood, California.

Tourists found the noose in the museum’s exhibit on segregation.

The incident at NMAAHC occurred after a noose was found on May 26 hanging from a tree outside the Hirshhorn Museum, which is located close to the Black History museum.

In an email to museum staffers, Lonnie Bunch, the director of NMAAHC, said that the incident is a painful reminder of the challenges that African Americans continue to face.

“The noose has long represented a deplorable act of cowardice and depravity—a symbol of extreme violence for African-Americans,” said Bunch.

On May 30, at Wakefield High School in Raleigh, N.C. a Black doll with a noose around its neck was suspended outside of a window.

“Let me be clear: This was an offensive act that has no place in our school. The imagery is deeply offensive and everyone in our school community should be appalled,” said Principal Malik Bazzell, as reported by a Raleigh TV station.

During a rally at the a park named after Confederate Civil War General Robert E. Lee Charlottesville, Va., on May 13, participants with torches chanted “Russia is our friend” and “you shall not erase us.”

According to ThinkProgress.org, the rally was in response to “the state’s decision to sell off a statue of treasonous general Robert E. Lee, who led the Confederate Army of Northern Virginia against the United States during the Civil War.”

On May 26, in Portland, Oregon, a man named Jeremy Christian hurled anti-Muslim vitriol on a subway train at two young women, then murdered two men who intervened, Taliesin Namkai-Meche, 23, and Ricky Best, 53, and injured a third, Micah Fletcher.

On May 20, Richard Collins, 23 year-old second lieutenant in the Army, was stabbed to death by University of Maryland student Sean Urbanski, 22, as Collins waited with friends for a ride. Lt. Collins was about to graduate from Bowie State University on May 23. The FBI is investigating the murder as a possible hate crime and it has already been reported that Urbanski was a member of an “alt-right” group on Facebook.

On the eve of the NBA Finals, Cleveland Cavaliers star LeBron James’ Los Angeles home was vandalized; the “N-word” was written with spray paint on his house.

“Just shows that racism will always be a part of the world, part of America. Hate in America, especially for African-Americans, is living every day. It is hidden most days. It is alive every single day,” James told reporters. “No matter how much money you have, how famous you are, how much people admire you, being Black in America is tough.”