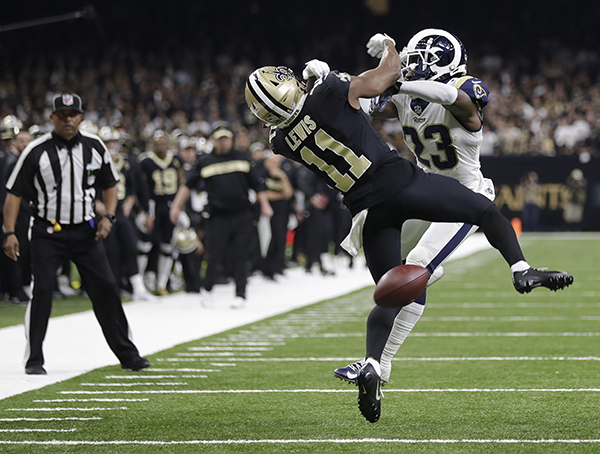 Six days before the Super Bowl, the court battle has begun in a longshot lawsuit seeking a possible do-over of the NFC game that ended with a Los Angeles Rams victory over the New Orleans Saints, a game affected by what the NFL concedes was a blown “no-call” by officials.

A Monday hearing in federal court did not result in an immediate ruling. It dealt largely with a jurisdictional question.

The two Saints season ticket holders who filed the lawsuit want it heard in state court in New Orleans. The NFL filed to have it heard in federal court, where U.S. District Judge Susie Morgan heard initial arguments at midday. She was expected to meet with attorneys on both sides again in the evening and it was unclear when the jurisdictional issue, or the case itself, would be resolved.

Officials failed to call interference or roughness penalties when a Rams player leveled a Saints receiver with a helmet-to-helmet hit at a crucial point in the in the final minutes of regulation time. The Rams won the Jan. 20 game in overtime and are set to play the New England Patriots in Sunday’s Super Bowl.

The lawsuit by two Saints season ticket holders, Tommy Badeaux and Candis Lambert, says NFL Commissioner Roger Goodell should implement a league rule _ Rule 17 _ governing “extraordinarily unfair acts.” Remedies include reversal of a game’s result or the rescheduling of a game _ in its entirety or from the point when the act occurred.

NFL lawyers say the lawsuit belongs in federal court for reasons including the possible scope. They argued that the suit takes the form of a class action that could mean millions of dollars in damages for Saints ticket holders and others in what the suit calls “the Who Dat Nation,” a reference to Saints fans and a popular team cheer.

Attorney Frank D’Amico, who filed the lawsuit two days after the championship game, said that, while the lawsuit recounts damages suffered by Saints fans, it doesn’t specifically ask for monetary compensation. Instead, D’Amico said, it seeks a court order, under state law, forcing Goodell to investigate the blown call under the never before invoked Rule 17.

D’Amico also insisted that he wasn’t specifically asking for a court-ordered do-over or reversal of the game, although that could be the result if the rule is invoked. “We’re not trying to keep the Super Bowl from going forward,” he said.

That appeared to surprise Gladstone Jones, a New Orleans attorney arguing for the NFL, who said it would be “big news” that D’Amico’s clients aren’t trying to stop or delay the big game.

As to D’Amico’s call for an investigation, Jones said there is no need. League officials, he said, have clearly reviewed the calls. “They have done their due diligence.”

“The NFL parties do not dispute that they have previously advised the Saints, including the club’s head coach, that one or more penalties _ for pass interference or illegal helmet-to-helmet contact _ were mistakenly not called late in the NFC Championship Game, and that the NFL would like its officials on the field to make these calls,” an NFL filing says.

But it also says Goodell, a defendant in the lawsuit along with the league itself, does not have the authority to overrule a referee on the field. Even if the rule did apply, the NFL attorneys argue, a decision on a remedy is up to the commissioner, not a ticket-holder.

Morgan had to step away from a jury trial in an unrelated case to preside over Monday’s hearing. Records show she got the case after it was initially assigned to U.S. District Judge Barry Ashe _ who removed himself from the case because he has Saints season tickets. 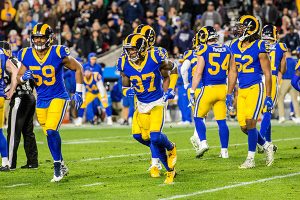 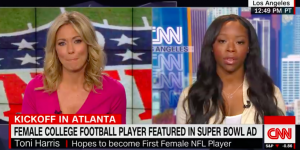 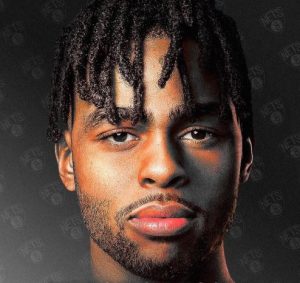 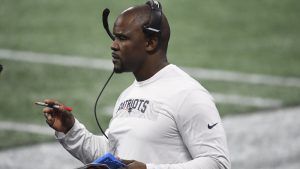