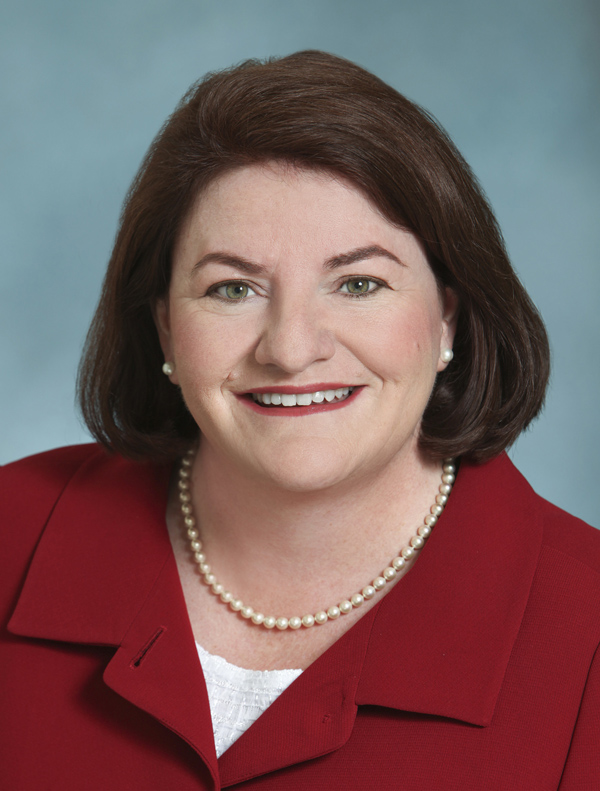 In March, San Diego Democrat Sen. Toni G. Atkins will become the first woman to lead the California Senate. She replaces former Senate President pro Tempore Kevin de Leon (D-Los Angeles) who is running against Sen. Dianne Feinstein for a seat in the U.S. Senate. Before being elected to the State Senate, Atkins worked as director of clinic services at Womancare Health Center and served as a city council member and mayor of San Diego. She was later elected to the State Assembly eventually serving as speaker.

Atkins was elected President pro Tempore by the Senate Democratic Caucus in January and will officially take the office on March 21.

“Leading this great State Senate and our united and always productive Caucus at this crucial moment in history is an extraordinary opportunity and a great responsibility – and I believe every senator has a vital role in building a brighter future for the Californians we represent,” said Atkins.

Atkins, who represents the 39th District in the San Diego area, grew up in Virginia, the daughter of two blue-collar parents. This is one of the reasons why she has supported issues which affect working families, such as trying to pass universal healthcare coverage.

Atkins also supported the state’s first Earned Income Tax Credit, which helped lift more than 50,000 people out of poverty, according to a press release. As Speaker of the House, she also prevented the University of California from implementing a 27 percent fee increase. She has also authored SB 2, which provides permanent budget funding to address affordable housing which is becoming a major issue for many Californians.

“Homelessness has become a humanitarian crisis in many areas of California, and my home city of San Diego has been hit hard. There’s far too much suffering on our streets,” said Atkins. “SB 2 will help by providing desperately needed funding for permanent housing with supportive services to stabilize people who are living with significant medical or mental-health issues.”

As leader of the State Senate, Atkins will have her hands full dealing with the #Metoo movement, which has raised national awareness about sexual harassment. Two Democrats. Sens. Tony Mendoza (D-Artesia) and Bob Hertzberg (D-Los Angeles) are currently under investigation for sexual harassment. Mendoza has already resigned.

“Our first priority is to create a safe working environment for our employees, and accepting Tony Mendoza’s resignation is consistent with that goal. Going forward, I will work with my colleagues to ensure that our zero-tolerance policies on sexual harassment are backed up with strong enforcement in order to guarantee that all employees are protected,” said Atkins.