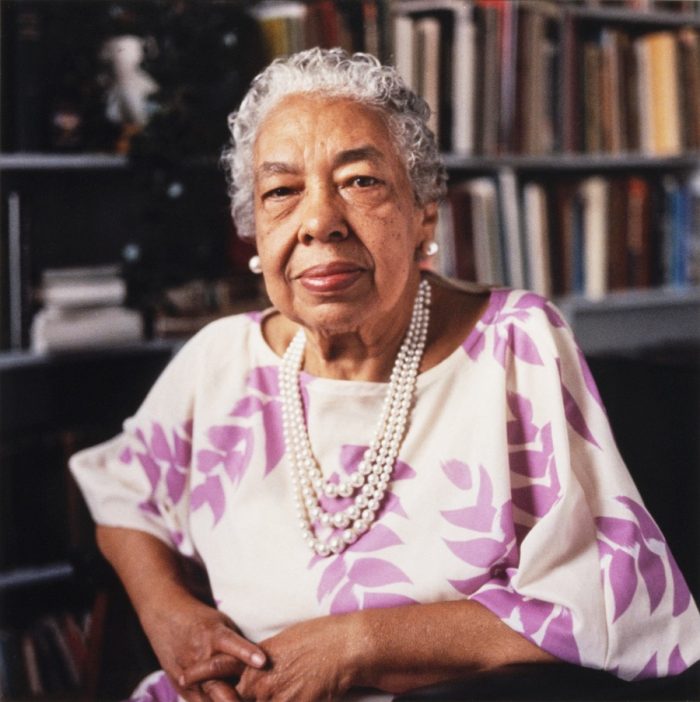 Alice Dunnigan was a schoolteacher, political activist, and journalist. The daughter of sharecroppers, she showed an early desire for an education. Despite her parents’ protest, she went to grade school and eventually to Kentucky State College. (File Photo)

On Friday, Sept. 21, a new sculpture of Alice Allison Dunnigan, the first African American woman to receive press credentials to cover the White House and Congress, is scheduled to go on display at the Newseum in Washington, D.C.

At the unveiling of the sculpture, featured guests are expected to tell the story of this pioneering journalist who rose to the top of her profession despite racist policies that segregated Black journalists and sexist attitudes that severely limited opportunities for women in the industry.

“Alice Dunnigan endured poverty, segregation and sexism and she fought to fulfill her dream of becoming a journalist,” designer Lauren Bohn wrote on Twitter.

“Alice’s story should give hope to anyone who has ever doubted his or her ability to make it through tough times or, much more painfully, his or her own worth,” said political analyst Jordyn Holman.

“Alice Dunnigan was a barrier breaker for women and people of color to reach higher heights in journalism,” Hancock said.

The announcement by the Newseum comes as current CNN White House Correspondent April Ryan – who’s also African-American – revealed she has hired a bodyguard because of the intimidation and threats she’s received covering the president and his administration.

Ryan, who has earned recognition for her fearless reporting on the White House, couldn’t immediately be reached for comment.

Dunnigan, who began her journalism career in Kentucky before moving to Washington, D.C., was a pioneering journalist who rose to the top of her profession despite racist policies that segregated black journalists and sexist attitudes that severely limited opportunities for women in a male-dominated workplace.

The life-sized bronze sculpture was created by Kentucky sculptor Amanda Matthews and is being cast at the Prometheus Foundry in Lexington, Ky., Newseum officials said in a press release.

During World War II, Dunnigan moved to Washington, D. C. to work at the War Labor Board. After the war ended, Dunnigan went to work for the Associated Negro Press and became the head of that organization’s Washington Bureau on Jan. 1, 1947, a job she held for 14 years supplying stories to 112 African American newspapers across the United States.

Throughout Dunnigan’s career, she battled the rampant racism and sexism that dominated the mostly white and male professions of journalism and politics. She once famously stated, “Race and sex were twin strikes against me. I’m not sure which was the hardest to break down.”

In 2015, the Newseum hosted a program about Dunnigan, “Inside Media: Alice Dunnigan, Pioneer of the National Black Press.”

The program featured Carol McCabe Booker, who edited and annotated a new edition of Dunnigan’s autobiography, “Alone Atop the Hill.”

The sculpture will be on display at the Newseum through Dec. 16, 2018. It will then be taken to Dunnigan’s hometown of Russellville, Ky., and installed on the grounds of the West Kentucky African American Heritage Center as part of a park dedicated to the civil rights movement.

“At a time of growing racial divide courtesy of the Trump administration, this is a very welcomed development,” said journalist James Kosur.

“Alice Allison Dunnigan deserves this honor – she was a true pioneer in journalism for women and the African American community,” Kosur said.