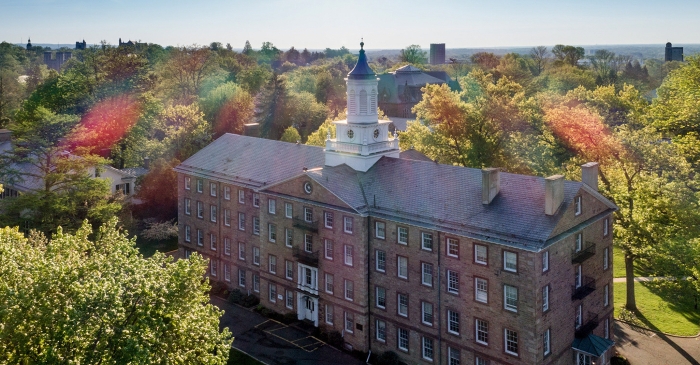 “Seminary’s ties to slavery are a part of our story. It is important to acknowledge that our founders were entangled with slavery and could not envision a fully integrated society,” M. Craig Barnes, president of the Seminary, stated.

The Princeton Theological Seminary, in Princeton, NJ, has set aside $27 million to pay reparations for its ties to slavery.

Among the institutions of higher education, the more than two-hundred-year-old Seminary joined Rutgers and Princeton Universities to publicly disclose their ties to the slave trade.

However, neither Rutgers nor Princeton have pledged reparations.

The Seminary recently began a study of its history with the enslavement of African Americans after three Black seminarians launched a petition calling for reparations.

“These payments are an act of repentance,” M. Craig Barnes, president of the Seminary, said in a statement. “We are committed to telling the truth,” Barnes said.

Although he noted that the Seminary never owned slaves, it was complicit in the slave trade.

Barnes said Princeton Theological Seminary benefitted from the slave economy when it invested in Southern banks. They also received funds from donors who directly profited from slavery, and the founding fathers of the academy used slave labor.

“The Seminary’s ties to slavery are a part of our story,” Barnes stated. “It is important to acknowledge that our founders were entangled with slavery and could not envision a fully integrated society. We did not want to shy away from the uncomfortable part of our history and the difficult conversations that revealing the truth would produce.”

The College of New Jersey, later known as Princeton University, was supportive of this plan, historians stated.

With fewer than a dozen students, in 1812, Archibald Alexander was the first— and for one year the only — professor at the Seminary. He was joined the following year by a second professor, Samuel Miller, who came to Princeton from the ministry of the Wall Street Church in New York.

John White, the dean of students and vice president of student relations, said in a statement that the reparations decision came after a lengthy historical audit and the formation of a task force to investigate the Seminary’s past.

“This is the beginning of the process of repair that will be ongoing,” White stated.

White served as chair of the task force, which included trustees, faculty, administrators, students, and alumni.

He noted that they took part in a deliberative process to provide opportunities for the campus community to discuss and respond to the audit report.

The task force hosted more than 25 events, meetings, and conversations on the campus in the previous academic year.

Feedback gathered from students, faculty, administrators, and alumni were incorporated in the recommendations presented to the Seminary’s board. The Board of Trustees also conducted a year-long process of study, the Seminary’s website reported.

“From the beginning, the Board of Trustees has encouraged a thorough process of understanding our history that would lead to a meaningful response,” White stated.

With an immediate rollout of the plan and continuation through 2024, the Seminary intends to make a “meaningful and lasting change” with the more than 20 approved initiatives, including:

“Seminary’s ties to slavery are a part of our story. It is important to acknowledge that our founders were entangled with slavery and could not envision a fully integrated society,” Barnes stated.

“We did not want to shy away from the uncomfortable part of our history and the difficult conversations that revealing the truth would produce.”