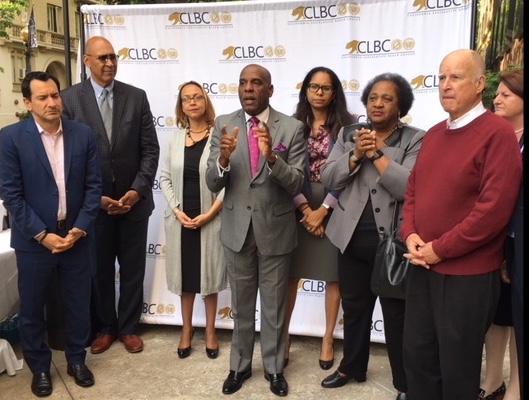 Los Angeles resident Debbie Lumpkin, a former corporate executive, and consultant was recently appointed as deputy inspector general for Diversity and Small Business Development in the Office of Audits and Investigations at the California Department of Transportation. Part of her duties will be to oversee minority contractors who apply for transportation funds raised by Senate Bill 1, officially known as the Road Repair and Accountability Act of 2017. The bill raised taxes on gasoline and diesel prices that go towards highway repair and maintenance.

According to a press release from Gov. Jerry Brown, Lumpkin previously worked for Southern California Edison in several senior positions. After leaving Edison, she worked as a consultant who represented “major corporations and diverse communities.”

“Most notably, she successfully secured $1.5 billion in diverse business contracts, tripling the amount spent on diverse enterprises in her first year,” according to the press release.

“Serving the great people of California in this capacity excites me. Over the next ten years, Senate Bill 1 is estimated to generate $52 billion in new contracts; someone needs to monitor them. This position has the potential to impact all community groups that represent California,” said Lumpkin.

“Lumpkin is a proven and devoted leader in every sense of the word. She has single-handedly created opportunities for many minorities, women, disabled and veteran-owned businesses across California,” said Assemblymember Chris Holden (D-Pasadena,) chair of the California Legislative Black Caucus in a press release. “Advocating for her in this new role was something that came easy for the CLBC. We know she has the best interest of all community groups in our state. I am confident that she will excel at Caltrans in this new role.”

“I have no doubt that she will handle her new position with the same innovative and vigorous spirit that she has afforded every community she has served,” said Bradford.

Bradford worked hard to make sure minority contractors get a piece of the transportation bill funds. Bradford said he wants at least 25 percent of the contracts awarded to go to minority-owned businesses.

“If we are going to ask drivers who utilize California roads to pay an extra 12 cents per gallon and promise billions of dollars for infrastructure,” he said, “some of that must reach minority trucking firms, minority engineering firms, real estate firms, architectural firms, all those types of services that will be needed to build and repair those roads.”

Although SB 1 is expected to raise $1.8 billion annually, it was controversial when it passed. Many Republicans opposed it.

“Many Californians are living paycheck to paycheck and struggling just to make ends meet. Jerry Brown’s massive gas tax increase will add $2.50 every time we fill up our gas tanks, which hits our poor and working-class Californians the hardest,” said Assemblyman Travis Allen (R-Huntington Beach,) who launched a website to try and repeal the tax. “Meanwhile, Sacramento’s special interests are lining up for their $52 billion payday with absolutely no concern on how this will impact California’s hard-working families.”