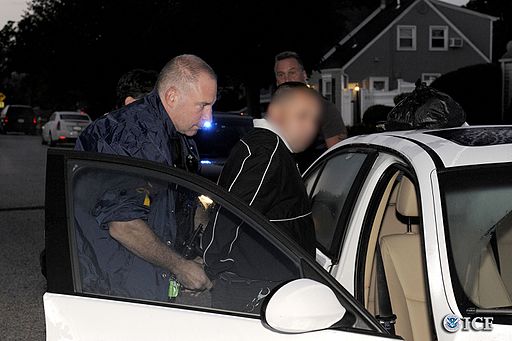 Of the 188 individuals arrested during the operation, which concluded on Wednesday, 169 had prior criminal convictions, according to U.S. Immigration and Customs Enforcement.

Los Angeles County had the highest number of arrests — 93, followed by 26 in Riverside County, 23 in Orange County, 21 in San Bernardino County, 14 in Ventura County and 11 in Santa Barbara County.

The vast majority of suspects — 146 — were from Mexico. Other nationalities included: 13 from El Salvador; 12 from Guatemala; five each from Armenia and Honduras; and one each from Thailand, Vietnam, the Philippines, Yugoslavia and Cambodia.

— a 29-year-old Salvadoran national convicted of rape in California who had been deported in 2013 after serving a nine-year prison term;

— a previously deported 51-year-old Mexican national who had served three years in a California prison following his conviction for cocaine trafficking; and

— a 47-year-old Mexican national who has prior convictions for felony assault and another conviction for battery.

The operation targeted public safety threats, such as convicted criminal aliens and individuals who have violated United States immigration laws, including people who had re-entered the country after being removed, as well as immigration fugitives ordered deported by federal immigration judges, according to ICE.

“During targeted enforcement operations, ICE officers frequently encounter additional suspects who may be in the United States in violation of federal immigration laws,” an ICE statement said. “Those persons will be evaluated on a case-by-case basis and, when appropriate, arrested by ICE.”