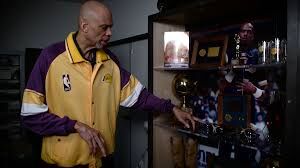 He also owned eight playoff records and seven All-Star records. No player achieved as much individual and team success as did Abdul-Jabbar.

On Saturday, March 2, Jabbar auctioned off his championship rings, MVP and All-Star trophies and other rare items to benefit Jabbar’s Skyhook Foundation, whose mission per Jabbar, is to “give kids a shot that can’t be blocked.”

“We do this by sending children from economically challenged schools to five days in the Angeles National Forest to experience the wonders of nature and learn the basics about science, technology and engineering, Jabbar told NNPA Newswire in an exclusive interview.

He said the children participate in an “immersive hands-on experience that takes kids out of school for five days and four nights.”

They go from auditory learning to utilizing all of their senses in the great outdoors.

“Our hope is not just to get them out of the city to commune with the outdoors, but to stimulate an interest in the sciences that might lead them to fulfilling careers,” Jabbar said.

He said he decided to sell the items because his foundation has struggled for a number of years and can use the funds.

“I need to keep it working and I have these wonderful mementos of my career and they take up space, need to be insured and you have to take care of them,” Jabbar said.

“I’d rather use these to make sure the foundation gets the funding,” he said. 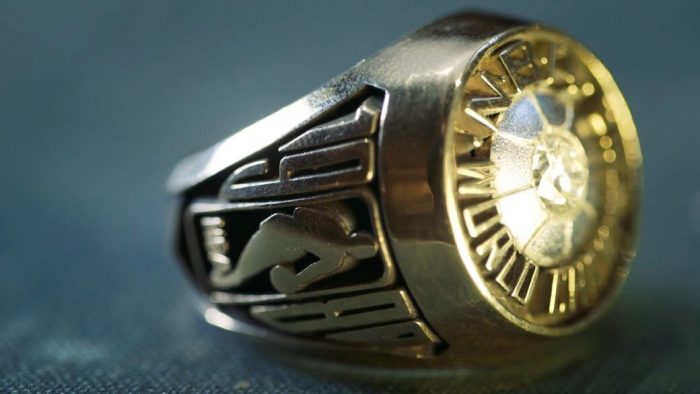 When final accounting is performed, the auction should easily net more than $1 million for the foundation.

The funds will keep the foundation afloat, allowing underprivileged children a chance at an education in the STEM field.

“So many young people think they have to be extremely talented like a LeBron James, Stevie Wonder, or Beyoncé. They don’t have realistic ideas on what their potential is and giving them this opportunity is showing them where the best jobs will be in the 21st century,” Jabbar said.

“It gives them a leg up and hopefully [helps them] make connections,” he said.

Foundation officials have discovered recent research that shows that 97 percent of girls and 92 percent of boys give up on science because of peer pressure and what’s hot in popular culture, Jabbar said.

His mission is the change that.

“When it comes to choosing between storing a championship ring or providing kids with an opportunity to change their lives, the choice is pretty simple – sell it. Besides I was there, I lived it,” Jabbar said.

“Instead of gazing at the sparkle of jewels or gold plating and celebrating something I did a long time ago, I’d rather look into the delighted face of a child. Everybody has an ego and I’m no different,” he said, laughing.

“But, I can’t take this stuff with me so it’s better that I share it in a way that enables me to do something really neat and the benefits I think far outweigh anything else.” 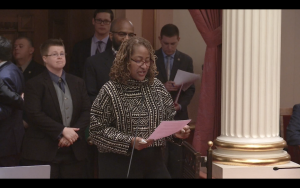