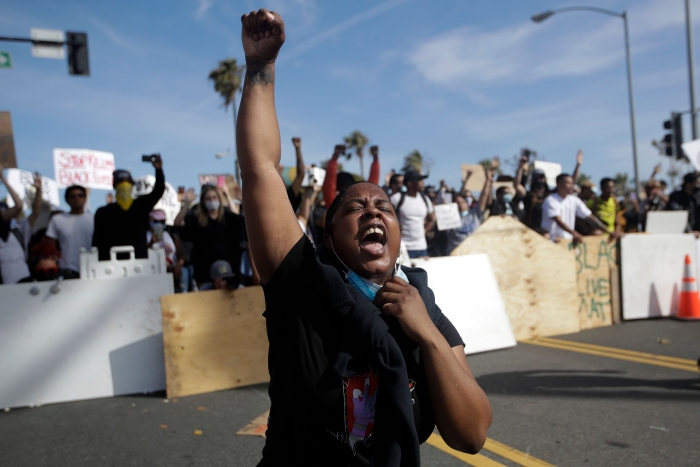 The sessions will be held at noon and 5 p.m. to get input from members of the public, business owners and community leaders on interactions they had with officers during demonstrations between May 27 and June 7 of 2020.

According to the foundation, the input will be used to “identify successes and challenges,” assist it in developing strategies for the LAPD to consider adopting for demonstrations in the future and enhance police-community relations.

The NPF bills itself as an independent, nonpartisan research foundation that conducts research into police behavior, policy and procedure. According to its website, its mission is “to advance policing through innovation and science.”

In the wake of the protests, Black Lives Matter-Los Angeles lost a bid to get a federal judge to order an immediate halt to the LAPD’s use of projectiles, including rubber bullets, to disperse or otherwise control crowds, baton strikes, and the tactic of “kettling,” in which protesters either leave through an exit controlled by the police or are contained, prevented from leaving, and arrested.

In its response to the BLM-LA filing, plaintiffs’ attorneys wrote that the city and LAPD support the constitutional right to engage in peaceful political protests and were assessing the actions police took “on six historical, wrenching nights from May 29 to June 3.” 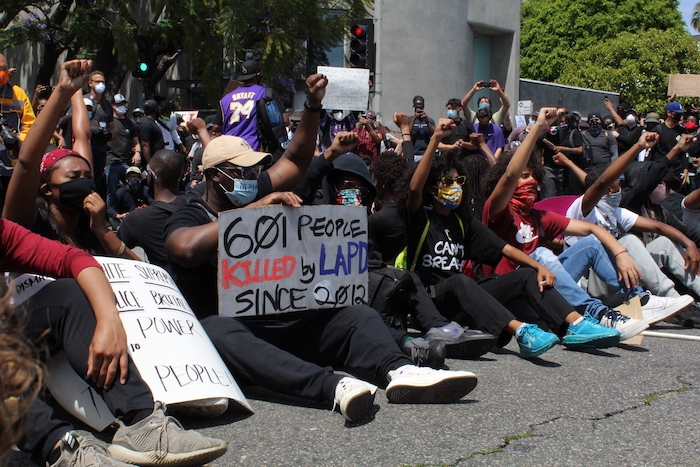 The city’s attorneys maintained that the “immediate wholesale elimination of several LAPD policies, without a more searching examination, is simply not warranted at this time.” They also noted that although the mass demonstrations were largely peaceful, there were also criminal acts of arson and looting that threatened public safety, and the LAPD “must be able to respond to such situations.”

In a federal lawsuit filed in June by the Los Angeles chapter of the National Lawyers Guild, BLM-LA and Los Angeles Community Action Network, the plaintiffs maintain there were more than 3,000 people arrested over the course of several days of demonstrations and many were seriously injured by police.

The complaint included graphic photos of alleged protester injuries from rubber bullets and police batons, as well as descriptions of protesters who were held in buses in cramped conditions without access to restrooms, and injuries from too-tight handcuffs.

Dozens of other lawsuits have been filed by individuals who said they were injured by police at the demonstrations, the largest of which were held in downtown Los Angeles, the Fairfax District and Hollywood.

More information is available by visiting policefoundation.org/lapdreview, emailing [email protected], or by calling 202-721-9779.