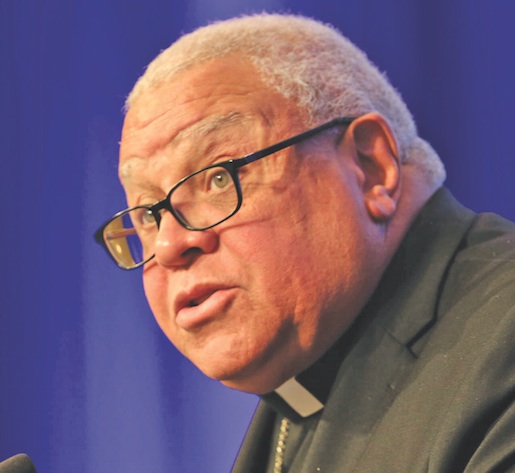 The Catholic Church has joined the nationwide effort to battle intolerance and bigotry with the establishment of the Ad Hoc Committee Against Racism.

Formed last August by the U.S. Conference of Catholic Bishops (USCCB), the committee is headed by Bishop George V. Murry, S.J., one of eight active African American bishop in the international denomination.

As part of his mandate to engage the Catholic Church and society in uniting to find solutions to discriminatory attitudes, Murry spoke in Los Angeles on Feb. 13 as part of the Institute for Advanced Catholic Studies’ Tom and Julie Condon Lecture Series at USC. His goal was to move people from talk to tangible, consistent deeds to eliminate what he refers to as “America’s original sin.”

“What we want to do with the Committee Against Racism is two things: to speak nationally against racism and also challenge people to move from thoughts to actions.”

Murry and the committee’s campaign calls for holding listening sessions around the country to hear from people impacted by racism and their suggestions to combat it. The sessions will be followed by Conversations on Race and the USCCB’s issuance of a pastoral letter on racism and study guide in Fall 2018. In addition, an ecumenical gathering of with Protestant, Muslim, and Jewish groups will take place this month in Washington, DC to discuss their experiences and best practices to handle racist behavior.

Throughout the process, Murry will likely share lessons from his personal experiences as a Black American Catholic, whose presence in the Church is minute compared to Whites and other ethnicities. Out of 70+ million U.S. Catholics, an estimated 3 million are African American and of 17,651 parishes, 798 are considered to be predominantly Black.

Also, Murry, who has been a priest for 39 years, is one of just 24 African-American bishops in the history of the Catholic Church. In the United States, African American bishops lead six U.S. dioceses including one archdiocese.

However, racism is not limited to one group of people, acknowledged Murray, who stressed, “I want to help all of us to understand the many faces of racism and understand what people go through who experience it. For example, racism in the Pacific Northwest is generally aimed at Native Americans, but here in Los Angeles, it would be aimed at Hispanic Americans and African Americans. There are other places where it might be aimed at Asian Americans,” said Murry.

“But, it’s one thing to recognize there’s a problem. It’s another thing to say, ‘I need to make some changes.’ White people, Black people, Hispanic people, Asian people, Native American people – together, we need to take action to change our way of thinking and our behaviors that result from that thinking.”

Despite his daunting task, Murry remains optimistic about the improvements the committee can make and the encouragement he has received, especially within the Catholic Church.

“One of the things that stand out for me is how much support I got from bishops, priests, religious women, laypeople and Catholics across the country who wrote, sent an email, called to say how important it was [that] the Church take a clear and consistent stand against racism. I got an email today from a nun in Michigan who said ‘Just continue what you’re doing. Don’t give up,’” he said.

For Murry, the bottom line is, “The Church has to take a stand against racism period, whether people are Catholic or non-Catholic and we’re inviting anybody of goodwill to be a part of this. We believe every person is created in the image and likeness of God, therefore every person deserves respect. Racism disrespects people of color.”

Bishop Murry, a New Jersey native now serving the Youngstown Diocese, originally belonged to the African Methodist Episcopal Church, but converted to Roman Catholicism while attending parochial school in Baltimore. Murry received his Bachelor of Arts in Philosophy from St. Mary’s Seminary in Baltimore. In 1972, he was admitted as a member to the Society of Jesus. After completing his period of novitiate in 1974, he went on to obtain a Master of Divinity degree from the Jesuit School of Theology at Berkeley and a Masters and Doctorate in American Cultural History from George Washington University in Washington, D.C. He was ordained a Catholic priest in 1979. 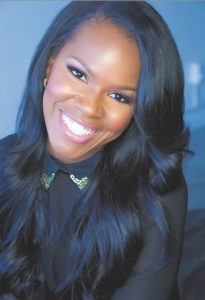 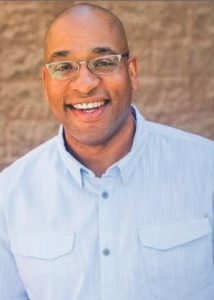 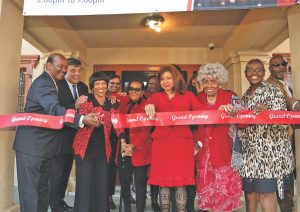 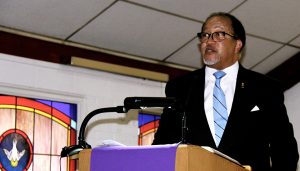