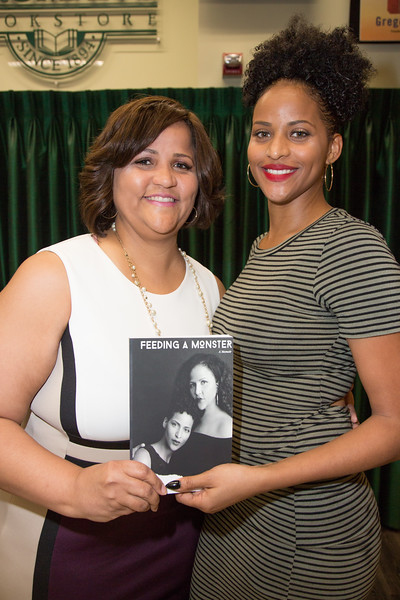 Veronica Loving and her daughter, Jazzmine Jackson, have turned a tragedy into literature and sexual assault awareness with their book, “Feeding a Monster: A Memoir by Veronica Loving”.

In 2009, when Jackson was 21, a cousin had come to town to visit and Jackson’s stepfather took them out to a club. Loving came home to find her daughter extremely intoxicated and she and her husband got into a big argument about it. Loving found it to be very inappropriate, but never thought that it was anything sexual.

“She was old enough to drink, but I didn’t think that as a parent you should assist your child in drinking, so we had a big fight about that,” said Loving. “I work as a registered nurse, and when I came home after working the nightshift, she was in my bed and he was in there. They both had clothes on, but we had a five-bedroom house, so I thought that was very strange. At the time, I wasn’t even thinking that he would molest her, I was just so pissed that he would allow our daughter to get drunk.”

Later that year, Jackson’s stepdad dropped her off to her house one day and she experienced what she never thought would happen. That day, according to Jackson, she was drugged and raped by her stepfather. The next day, Jackson told her mother and they immediately went to the police to take further steps to put him in jail, but nothing much came of the visit. A court case was held in 2010, but Loving’s ex-husband was acquitted.

“I called him dad my whole life. He was with my mom since she was pregnant with me, so he raised me and they had more kids,” said Jackson. “I had been sexually assaulted before and I never thought that he was capable of this. It was really hard on me and my siblings and the whole family.”

A couple of years after the court case, Loving got the feeling that she needed to write to get out all of the pain. Loving had experienced sexual assault in the past from other men and felt that it would be a great way to start a healing process.

“I was praying and I got a word from God that said write and I told Jazzmine that I wanted her to write too. I told her that she had to go to therapy and she had to write,” said Loving. “The book wasn’t written to do anything to him. I was just trying to save my life and my children’s life. It was something that we just needed to get out.”

During their research, Loving and Jackson found that sexual assault victims often blame themselves for the incident. They learned that the victims don’t speak out because they think that they could’ve done something differently or they feel like they are going to be shamed. Their book is all about letting go of those fears and speaking out, even when people don’t believe your story.

“It’s called “Feeding a Monster” and we consider those monsters to be within ourselves,” said Jackson. “And they attract other monsters that are looking for those characteristics like low self-esteem, denial and fear. When we don’t take care of the monsters within us, and act out on them, we attract the wrong people. Our book is about healing from within, shining a light and speaking your truth.”

The assault happened close to the holiday season and at the time Loving and Jackson had to figure out how to deal with family. Their advice is to do a self-evaluation and see if you’re comfortable enough to be around family and friends that year. Another piece of advice they have is to surround yourself with a positive circle and make your own new normal.

“Feeding a Monster: A Memoir by Veronica Loving” was published in 2012 and revised in 2016. The book has received strong reviews and has contributed to opening conversation on sexual assault. Since the book was published, 13 other women have shared their story with Loving of their sexual assault at the hands of their ex-husbands. Loving and Jackson also speak at different events promoting awareness of sexual abuse. Their book can be bought on amazon.com and to find out more information on the mother-daughter duo, visit www.veronicaloving.com. 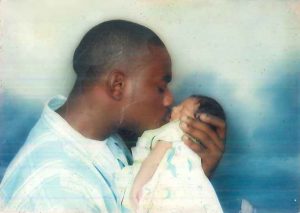 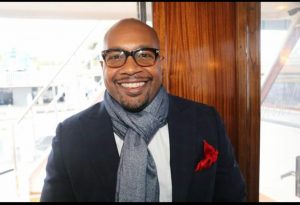